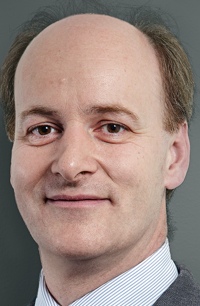 C4X Discovery (C4XD), a UK specialist in rational drug discovery and design, has appointed Piers Morgan as Chief Executive. Morgan succeeds Dr Sam Williams, who has returned to his previous role as a Non-Executive Director of the company.

C4XD's technology generates accurate, experimentally-derived 3D structures of drug molecules in just a matter of days. It can be used with existing technologies for structure-based design such as X-ray co-crystallography. It can also be used when crystallography is unavailable, as is the case for certain GPCRs and ion channels.

Prior to joining C4XD, Morgan was CFO of uniQure, a gene therapy specialist. He has also previously been CFO on the boards of Phytopharm and BioAlliance Pharma. He began his biotech career at Arrow Therapeutics, which was acquired by AstraZeneca for $150m in 2007. Previously, he spent 10 years in corporate finance with Ernst & Young Lead Advisory and Close Brothers.