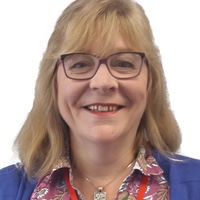 In her role Shackleton will be responsible for ensuring the needs of customers, certifying bodies and regulators are met, and a consistent approach to quality based processes is achieved across the group.

She will also play a key role in the compliant implementation of new software systems.

Shackleton has more than 25 years of experience in quality assurance, gained predominantly within contract research.

Shackleton said: “I am delighted to be joining Concept Life Sciences at such a dynamic time and I look forward to using my experience and expertise to lead the Quality of the Company going forward.”

Since obtaining an honours degree in Combined Science in 1986, she has held positions of increasing responsibility within quality assurance.

In 1999, Shackleton was one of the founding personnel of York Bioanalytical Solutions (YBS). During her time there she was instrumental in developing all aspects of quality, including building auditing systems that went on to be recognised as the gold standard in GLP compliance.

Shackleton led and grew a QA department at YBS, successfully hosting numerous regulatory and customer inspections. She was also responsible for ensuring the compliance of electronic systems, playing a key role in the development of a Laboratory Information Management System.

After the acquisition of YBS, Shackleton’s responsibility expanded to maintaining ISO 17025 areas, in addition to GLP and GCP compliance at the company’s sites in the UK and in Denmark.

She is a member of Research Quality Assurance and has served for many years on BARQA’s GLP committee. Shackleton is co-author of a number of booklet guides on GLP.

John Handley, COO at Concept Life Sciences, said: “The role of quality is critical to our business and Jane’s appointment will be key to bringing further alignment and investment in quality assurance across the Group.”