David Smith returns to the Belgian firm in new role 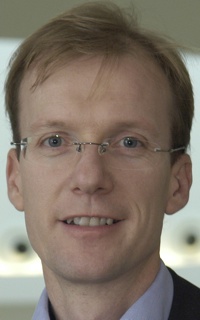 Galapagos' service division and Fidelta provide a range of services, from target discovery through to delivery of pre-clinical candidates, including compound libraries, medicinal chemistry and ADME/PK services.

To improve performance and ensure further growth of this division and Fidelta, Smith has been hired as CEO.

Chris Newton, John Montana and Phil Dudfield will lead BioFocus, Argenta, and Fidelta, respectively, as Managing Director; they will report to Smith.

Smith joins Galapagos from the Cambridge University Hospitals where he was Director of Finance for six years. Previously he was CFO of Galapagos for two years, during which he played a key role in several M&A projects to build the service division between 2005 and 2007.

Prior to that, he held Marketing Company CFO roles at AstraZeneca and a number of strategic and integration functions within R&D.

At Coopers & Lybrand (now PriceWaterhouseCoopers) he was audit manager to a variety of industries and international clients in Dubai, and post qualification as a Chartered Accountant in Leeds he ran a number of companies in administration.

'We welcome David back to Galapagos,' said Onno van de Stolpe, Chief Executive of Galapagos. 'David brings valuable strategic and operational experience to the Galapagos Group, and he is already familiar with the services business from his previous role at the company.'