The pre-treatment plant will serve Novo Nordisk’s new $2bn API manufacturing facility, but will be able to treat almost 450,000 gallons a day to serve other pharma facilities in the region 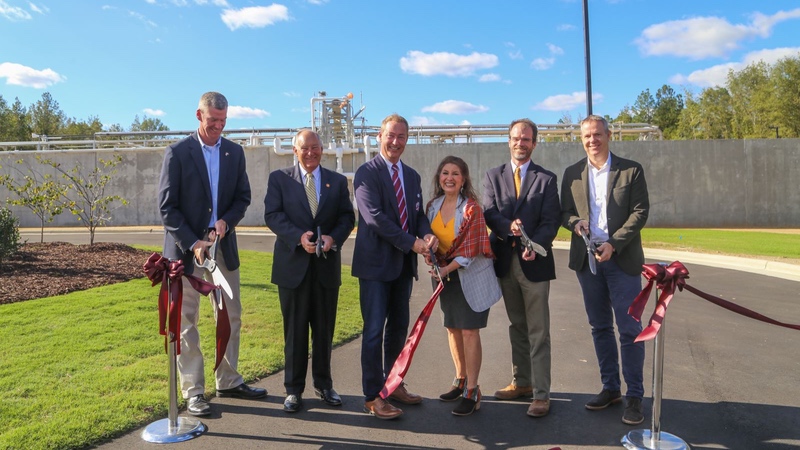 Novo Nordisk and community leaders form the Town of Clayton in the US have cut the ribbon on an almost US$40 million regional industrial wastewater pre-treatment facility constructed through an innovative public-private partnership.

Located just off US 70 in Eastern North Carolina's BioPharma Crescent, this plant was four years in the making and will be able to treat almost 450,000 gallons of industrial wastewater per day, and potentially much more.

The pre-treatment plant will immediately begin serving the largest manufacturing investment in North Carolina history, Novo Nordisk's new $2bn API manufacturing facility being constructed across the street off Powhatan Road. The treatment plant was built to be an economic driver for the entire region, and its modular design will allow tremendous flexibility and expansion capacity for current and future biopharma partners who will be able to plug into the facility as well.

"We're excited about the biopharmaceutical partnerships this facility has forged because this is an industry that cares about people, and that's what Clayton is all about," said Mayor Jody McLeod. "We hope that Novo Nordisk is the first of many to join this regional facility in efforts to save and improve people's lives through healthcare."

At the new treatment facility, controlled chemical and biological processes will clean industrial wastewater by removing concentrations of nutrients like nitrogen and phosphorus which can be harmful to aquatic ecosystems in excess levels.

"Clean water is critical to our business, and we have a responsibility to protect the environment," said Chad Henry, Corporate VP and General Manager for Novo Nordisk. "This innovative economic development initiative is a win-win for all involved. In addition to providing the infrastructure needed to support our manufacturing expansion, the Town of Clayton now has greater leverage to attract more businesses to the BioPharma Crescent region."

This construction project received more than $10m in public and non-profit support from the NC General Assembly and the Golden LEAF Foundation, which supports economic opportunity in North Carolina's rural and tobacco-dependent communities, often by awarding grants to support public infrastructure to help attract businesses to a region.