Angharad Baldwin of Manufacturing Chemist speaks to Dr Trevor Perrior, CSO of Domainex, about the development of a new GPCR drug discovery technology 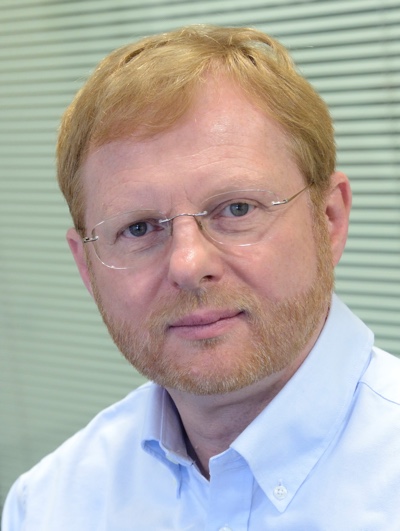 Domainex has recently been awarded funding from the UK’s innovation agency, Innovate UK, to develop a new biophysical screening method for G-protein coupled receptors (GPCRs) and, in doing so, accelerate drug discovery for this important class.

“Efficient drug discovery is a fundamental part of the integrated drug discovery approach at Domainex,” says Perrior. “Many GPCRs known to have disease relevance remain undrugged; this highlights the ongoing importance of this target group in the search for new medicines.”

GPCRs are proteins found on the surface of cells; they detect molecules outside the cell and consequently activate internal signalling pathways to mediate cellular responses. One of the most important human drug target classes, GPCRs are addressed by 25–30% of marketed drugs.

The current global GPCR-targeted therapeutics market is growing rapidly and is expected to reach an estimated value of $3533.4 million by 2022, according to Transparency Market Research.

“Historically, methods of studying GPCRs have been very successful at identifying and profiling chemicals that modulate their function. However, these empirical approaches have tended to find compounds that are only partially selective for the desired target, because they give insufficiently precise information to drive rational drug design towards highly specific agents.”

“Recently, it has been shown that making mutated forms of some GPCRs makes them stable enough for structural and biophysical methods to be used, which can allow the design of more selective drugs, unlocking traditionally undruggable targets of this class. Finding the right mutations is a difficult and lengthy task, though, requiring extensive method development, which is specific to each individual target.”

Domainex is developing a new way of starting GPCR drug discovery projects by using a biophysical technique called MicroScale Thermophoresis (MST), in combination with a method developed by Professor Tim Dafforn and his team at the University of Birmingham to stabilise the receptor. “This Biomedical Catalyst Feasibility Award from Innovate UK will enable Domainex scientists to apply this approach to GPCRs, to establish a generic platform that would work for any purified GPCR without the need for stabilising mutations,” explains Perrior.

The platform is expected to be considerably quicker than existing methods and has the potential to expedite drug discovery for this important class of drugs. However, the exact level of work required is yet to be fully established and will be refined as part of the feasibility project.

MST is a high-throughput technique that quantifies molecular interactions and structural dynamics to present binding affinity results in just a few minutes. Domainex was the first UK CRO to offer the screening technique as a service to its clients, when used as the primary screen as part of its fragment-based drug discovery platform, FragmentBuilder. By combining the company’s exclusive fragment library with MST, small molecules (fragments) that bind to the target protein are identified quickly and efficiently.

Perrior comments: “This is the starting point for integrated drug discovery programmes to transform hit molecules into clinical candidates. MST works on the principle of measuring the rate at which molecules, such as the target protein, move in a thermal gradient — their so-called thermophoretic mobility.

The rate of movement of the protein depends on its size, charge and hydration shell. As one or more of these characteristics will change when a ligand binds to the protein, this event can be observed as a change in the thermophoretic behaviour of the protein-ligand complex when compared with the protein alone.”

Perrior concludes: “This new GPCR screening technology will accelerate the initial stages of drug discovery by identifying small molecules (fragments) that bind to the target protein. In the fragment-based drug design paradigm, these initial hits can be elaborated to drugs by rational chemical modification.”