The next project team: “Synthetic Lethality in DNA Repair” (SDR) is led by Dr Özdemirhan Serçin, who was a postdoctoral researcher in the DDC teamv 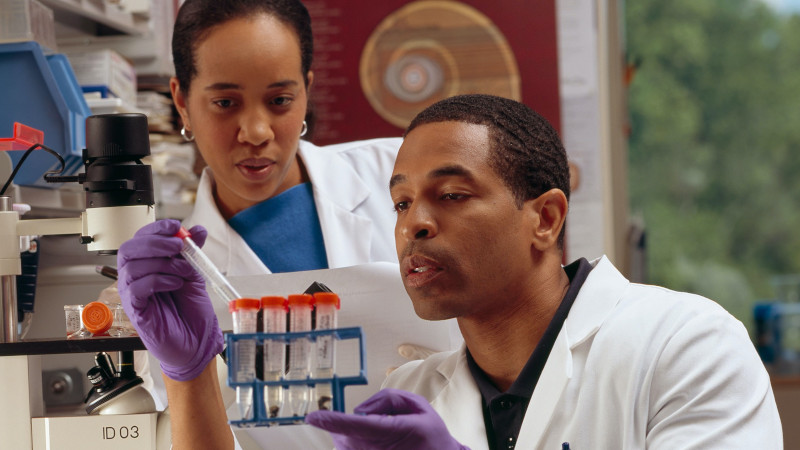 Independent research institute BioMed X has announced the completion of the research project DNA Damage in Cancer in collaboration with Merck KGaA. As a result of the findings, the company has extended the collaboration for a project in the field of oncology.

The DDC project was launched in 2016. Combining cancer genomics, genetic screening approaches, in vitro studies, the team, headed by Dr Balca Mardin, worked on dissecting synthetic lethality mechanisms of DNA repair in human cells, aiming to enable the development of combination therapies for radio- and chemotherapy. The group developed CRISPR-Cas9-based assays to be used in drug discovery research and identified potential drug target genes which will be further investigated in pre-clinical studies at Merck. Five scientific articles based on the research in major peer-reviewed journals.

“We wanted to understand the sensitivity or resistance of tumors to various treatment regimens and how inducing defects in the DNA repair machinery can be used to selectively target tumors”, Dr Balca Mardin, Group Leader of Team DDC, says. “I am now looking forward to consolidating our research findings at Merck KGaA, Darmstadt, Germany.” Following her project at BioMed X, Dr Mardin is continuing her career as Laboratory Head for DNA Damage Response Research at Merck KGaA.

The next project team: “Synthetic Lethality in DNA Repair” (SDR) is led by Dr Özdemirhan Serçin, who was a postdoctoral researcher in the DDC team. The group aims to translate synthetic lethal interactions between DNA repair genes into therapeutic targets in oncology. By performing targeted pooled screens in cells deficient in DNA repair genes, the SDR team aims to identify and characterise drug targets in DNA repair and DNA replication as a tool to increase the efficiency of DNA damaging agents.

Dr Özdemirhan Serçin, Group Leader of Team SDR: “It is an excellent opportunity to become a group leader at the BioMed X Institute. Our project has the potential to provide us with new insights about personalising cancer therapy for the benefit of patients.”