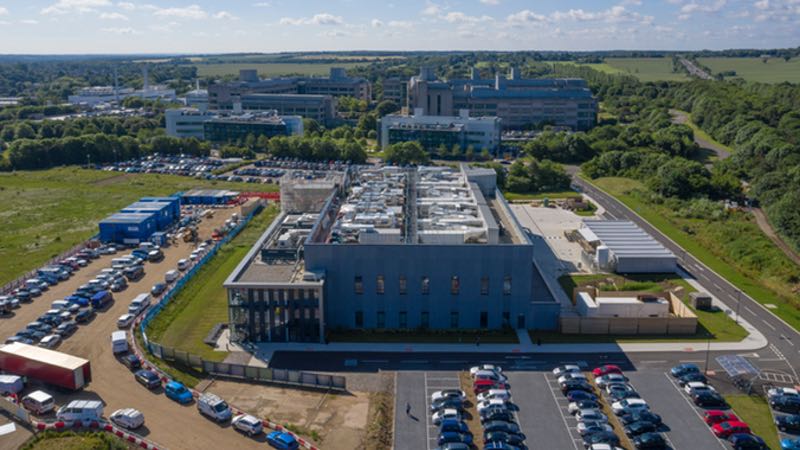 The UK's Cell and Gene Therapy Catapult (CGT Catapult) has completed six additional modules of cleanroom space at its manufacturing centre in Stevenage. The first collaborators are expected to start benefitting from this new space at the beginning of 2020.

CGT Catapult said the centre has seen increasing demand, which accelerated the planned build-out of the expansion phase with an additional six cleanrooms in the already constructed space on the second floor of the building.

The centre has been fully operational since April 2019 and achieved MHRA licence in August 2019. Depending on the process, each module can accommodate 20 parallel autologous cell processes or a bioreactor process up to 1,000L bioreactors for allogeneic cell or viral vector manufacture.

Dr Ian Campbell, Interim Executive-Chair, Innovate UK, for UK Research and Innovation, commented: “In its first year and a half, the Cell and Gene Therapy Catapult manufacturing centre has gone from strength to strength and has established itself as a crucial part of the UK’s medicines infrastructure."

Each module can accommodate 20 parallel autologous cell processes or a bioreactor process up to 1,000L bioreactors for allogeneic cell or viral vector manufacture

Campbell pointed out that the centre is bringing manufacturing of pioneering treatments closer to patients and will complement the new Advanced Therapy Treatment Centres. "By bridging the gap between scientific research and commercialisation of the medicines of the future, this centre, which we are proud to support, will play an ever-greater role in this vital sector," he said.

At the centre, CGT Catapult provides the infrastructure and expertise to enable companies to develop their manufacturing capabilities and systems for large scale, commercial cell and gene therapy supply.

The centre is backed by over £75 million of funding, including investment from the UK Government’s Industrial Strategy Challenge Fund; the department of Business Energy and Industrial Strategy, from Innovate UK, the UK’s innovation agency, and from the European Regional Development Fund.

“We are very pleased to be able to double the existing capacity of the CGT Catapult manufacturing centre with help from our partners Innovate UK and the European Regional Development Fund," said Keith Thompson, CEO, Cell and Gene Therapy Catapult.

Thompson pointed out that the growth of this centre is integral to the success of the industry in the UK. "We can now collaborate potentially with up to a further six companies to support them in developing their GMP manufacturing processes, preparing for large scale and commercial supply," he said.