Fostering the development of innovative medicines

Confidence in the pharma sector seems to be picking up, with higher drug approvals in the US, M&A activity increasing and opportunities in emerging markets. However, healthcare reforms and pricing pressures are driving the industry to improve productivity and gain a better knowledge of disease mechanisms at the molecular level. Data sharing and collaborative projects seem to be the way forward

The Pharma Summit 2013, held in London in February, went back to basics and discussed new investment models, data integration, early stage funding and the potential of open innovation in the pharmaceutical industry. Jane Ellis reports.

Emerging from under the patent cliff, Big Pharma is still suffering from the burden of tighter regulation and reduced healthcare budgets, while investors are seeing declining growth and returns. The Pharma Summit 2013 – Back to Basics: The Real Business of Pharma, organised by The Economist Group, discussed how the industry is dealing with these problems.

Liz Shanahan, Global Head of Healthcare and Life Sciences at FTI Consulting, looked at the changing relationship between Big Pharma and investors. She said US$133bn of sales were lost to the patent cliff between 2009 and 2012, and pipelines are thin, but there are opportunities and investor confidence in funding R&D is returning. 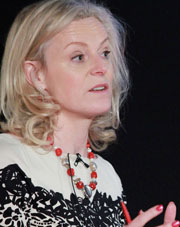 Drug launches in the US are expected to provide the biggest opportunity going forward. There were 39 drug approvals in the US in 2012 – the next highest year was 1996 – compared with only 10 in 2010.

In the EU, emerging markets are driving sales, but healthcare reform and pricing pressures are considered to be the biggest threat to growth in both the EU and the US.

Kate Bingham, Managing Partner at SV Life Science Advisers (SVLS), also thinks that the industry has turned a corner in terms of its lack of productivity, particularly in biotechnology firms, which potentially offer the best returns for investors. She said a whole raft of new collaboration models is emerging, including joint drug and deal hunting; shared risk R&D spin-outs; co-development; share option deals and pre-agreed acquisitions. 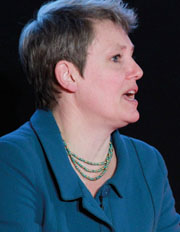 An example of a successful deal is RespiVert, a UK-based biotechnology company engaged in developing new medicines for the treatment of COPD and severe asthma. Founded in 2007, the company raised £13m from Imperial Innovations, SVLS, Advent Venture Partners and Fidelity Biosciences.

Imperial Innovations invested £2m in the business, which was sold to Centocor Ortho Biotech, a subsidiary of Johnson & Johnson, in 2010. Centocor realised a x4.7 return on investment as part of the deal. Following its acquisition, RespiVert remains in the Imperial College incubator and has been supported through additional funding of $100m from Johnson & Johnson.

Francesco De Rubertis, Partner at Index Ventures, said each asset deserves a different financing approach. ‘My advice would be to focus on one or two molecules at a time, then create a pipeline for portfolio companies across several therapeutic areas. There are various ways of doing this: the VC model is just one. We need to adapt the investment approach.’

Severin Schwan, CEO of Roche, said the industry could be optimistic about the scientific revolution and progress in new therapies, even if the golden age of pharma appeared to be over.

‘DNA was discovered more than 50 years ago and the sequencing of the human genome has given us a better understanding of the biology, but we still don’t understand the molecular pathways that are responsible for most major diseases, so there will always be scope for discovery,’ he said.

‘The developments in oncology, immunology and brain diseases are evidence of the number of biological targets being pursued,’ he continued. ‘This strong increase in new targets is related to progress with modern diagnostics, which allow medicines to be targeted more specifically to sub-populations.’ 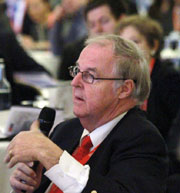 Trevor Jones, Board Director at Allergan

With this progress has come the need to integrate data from clinical trials with ‘real world’ patient outcomes. Learning how patients respond to medicines after clinical trials will improve usage and compliance, he said.

Trevor Jones, Board Director at Allergan, said there is no question that the industry is supporting more transparency; GSK, for example, is to publish detailed clinical study reports (CSRs) as well as the results of all drug trials – while preserving patient anonymity – but manufacturers must protect their IP and confidential commercial information.

‘Whatever we do, there must be a robust procedure for receiving dossiers and there must be a proper and appropriate review of the data by bona fide researchers with overriding public interest,’ he said. ‘Can we have transparency for legacy data going back 23 years? It’s just too long ago and it’s not real world data.’

John Castellani, President and CEO of Pharmaceutical Research and Manufacturers of America (PhRMA), agreed that data sharing must protect patients’ privacy and safety, but does not think that a ‘Wiki-Regulatory’ approach would benefit patients in the real world. 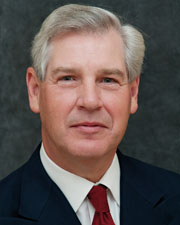 John Castellani, President and CEO of Pharmaceutical Research and Manufacturers of America (PhRMA)

The R&D department of the future could look very different, said Michel Goldman, Executive Director of the Innovative Medicines Initiative (IMI), which provides a neutral platform for research, creating trust and an environment to stimulate and exchange views.

He said new collaborative efforts, such as the European Lead Factory, co-ordinated by Bayer, are essential to address the need for innovative medicines.

Not all collaborations run smoothly and gaining the trust of all parties is not always easy. Edwin Moses, Chairman and CEO of Belgian firm Ablynx, which has 16 partnering programmes, said some of the partnerships between pharma and biotechnology firms start off ‘slightly uneasily because the two types of company have different cultures: the former wants sales growth; biotechs need to stay alive’.

The classic collaboration, he said, is a wholly directed programme, in which the pharma company controls the research, but this can lose the enthusiasm and buy-in of the scientists at the biotech. However, ‘it is possible to do this in an unfettered way and then you both have skin in the game and therefore an incentive to deliver the best results’. Or a feasibility group could be established at a very early stage dedicated to a pharma company, but lack of trust also often stops this model developing.

Alternatively, a biotech could spend 5–10 years developing programmes and then seek an industry partner. The pharma company would make a cash contribution to the biotech and trust it to get on with the research. At the IND stage, the biotech would keep 50% ownership of the IP.

‘Corporate lawyers get nervous but the opportunities are huge. We need to overcome these hurdles,’ said Moses.

The public private partnership (PPP), in which patient groups, society and the pharma industry come together to resolve a widespread problem, is a newer type of collaboration that is worth investigating. Antibiotic resistance, for example, would certainly benefit from a partnership of this type, as would research into Alzheimer’s, diabetes and inflammatory diseases. Here the science is driving the investment and the industry is putting its effort into the partnership because it cannot solve all the scientific challenges on its own.

Roch Doliveux, CEO of UCB, said the pharma industry should also look outside and take lessons from the open innovation practices of Apple, Samsung and BMW.

Leading thinkers at Oxford University and UCL are also devising new models for innovation, such as crowdsourcing; social media and online patient communities, such as PatientsLikeMe, can also provide fresh ideas.

We used to have a linear value chain: now we have a ball of spaghetti. We might have to adapt our approach to the nature of the disease for which we are seeking a treatment

But there is still a gap between what in principle is possible and what the pharma industry is getting from the pipeline, according to Richard Barker, Director of the Centre for the Advancement of Sustainable Medical Innovation (CASMI).

‘We used to have a linear value chain: now we have a ball of spaghetti. We might have to adapt our approach to the nature of the disease for which we are seeking a treatment,’ he said.

The industry can discover so much more if it pools its science, but for open innovation to work, there needs to be a fundamental management mind shift, rather than a complete rebranding of the business model, said Paul Stoffels, CSO and Worldwide Chairman, Pharmaceuticals at Johnson & Johnson.

‘You can’t change the regulators or the quality norms – these are given and regulated by society, but we can’t wait 20 years – we must act now and collaborate.’

In the current age of austerity, the industry’s ability to take risks is somewhat curtailed, but Briggs Morrison, EVP, Global Medicines Development at AstraZeneca, maintained that the best healthcare policy is to increase spending in R&D, not decrease it.

In Spain, Portugal, Italy, Greece and Ireland, for example, expenditure on medicines has been slashed by €7bn, which has decreased the revenue available to put into developing innovative drugs.

‘We have ended up with a shortage of medicines through budgetary decisions, but medicines account for only 10% of healthcare costs – which means investment in new treatments could benefit the other 90%,’ he said. ‘More funding will keep patients out of the acute wards in hospitals, reduce amputations from diabetes and cut the cost of dialysis for kidney failures.’

Evidence of the value of medicines has compelled the US Congressional Budget Office (CBO) to update its methodology for calculating the cost of Medicare policies. For the first time it will account for the savings from medicines that reduce the need for other costly medical services.

We need to produce better drugs that provide better value. If we know the relative values of all healthcare technologies – then we can spend more on what creates value and less on what doesn’t

The new methodology incorporates a 0.2% decrease in spending on medical services for every 1% increase in the number of prescriptions.

‘We need to produce better drugs that provide better value,’ said Morrison. ‘If we know the relative values of all healthcare technologies – then we can spend more on what creates value and less on what doesn’t.’

To spur continued investment, Castellani believes the industry should support a business environment that inspires and rewards smart risk-taking and investment.

There also needs to be a vibrant, collaborative and modern scientific ecosystem that underpins scientific and technological innovation, as well as a regulatory system that evolves with the science to get safe medicines to patients quickly. In short, the industry must support an environment where innovative medicines are properly valued.

‘No nation, no matter how wealthy, can provide innovative healthcare for its citizens unless it values wellness, prevention and disease management at least as much as it values acute care,’ he said. ‘Similarly, no nation can afford to ignore the looming costs of chronic diseases like diabetes, hypertension and Alzheimer’s disease by disincentivising the innovative therapies that can help reduce those costs.

‘If we are to foster the development of innovative medicines that will make life better and also reduce overall costs, we must put a premium on the fruits of innovation. The benefits to payers, to economies and, most importantly, to patients, more than justify the premium.’