Today, the mode of delivery can play a huge part in drug choice and success, thus new delivery technologies are proving to be a lucrative draw for drug formulators in all therapy categories. Susan Birks reports on market progress and predicted growth in the various categories

Formulators are looking for technologies that provide controlled, sustained or delayed release and help to target delivery to where it is needed most. Blue sky technologies using miniaturised electronics, microneedles and smart pill are all helping to deliver sensitive drug payloads to previously hostile and inaccessible regions of the body. Many other companies are meeting the challenges of low bioavailability of oral solid drugs, the inconvenience of administering injections or improving dose accuracy and compliance. Even the conventional tablets and capsules market has evolved, achieving fast disintegrating and rapidly acting tablets or films.

As a result of this demand, Visiongain predicts that drug delivery technologies market world revenue, currently worth an estimated US$159.3bn, will see a strong upward trend to 2025.1

The market can be divided into two sectors, formulation technologies and new delivery devices, with the formulations segment expected to see the highest growth. New formulation technologies include various polymers and hydrogels that can give longer-acting and stabilised formulations to help active ingredients reach their target. For example, researchers at MIT’s Koch Institute for Integrative Cancer Research and Massachusetts General Hospital have created a polymer gel that could see the development of long-acting devices that reside in the stomach. The polymer is pH-responsive and so is stable in the acidic stomach environment but dissolves in the small intestine’s near-neutral pH, allowing for safe passage through the remainder of the gastrointestinal tract.

Rexahn Pharmaceuticals’ new carboxypropyl methacrylamide (CPMA) drug delivery platform is another example of the many polymer-based systems designed to stabilise actives. It provides more precise and targeted delivery of anticancer drugs directly into cancer cells, bypassing healthy tissues. Once inside a cancer cell, the covalent linker is metabolised yielding the free anticancer compound.

On the device side of the market, injectables constitute by far the largest group. According to MarketsandMarkets, the European injectable drug delivery market alone is forecast to grow from its current $114.7bn value in 2015 to $207.3bn by 2020, a CAGR of 12.6%.2 Geographically, Germany is expected to account for the largest share of this market, with the highest growth rate during the forecast period, followed by France.

Recent years have seen growing use of pre-filled syringes which, compared with traditional syringes, are more convenient to use and provide more accurate dosing

Recent years have seen growing use of pre-filled syringes which, compared with traditional syringes, are more convenient to use and provide more accurate dosing. However, there have been a number of recent cases where this type of medical syringe has contributed to negative health outcomes in patients, says Companiesandmarkets.com.3 It forecasts that pre-filled syringe sales will total $4.3bn in 2015, with a relatively steady level of growth predicted until 2025.3 Mexico, Brazil, China and India are the fastest-growing regions in the pre-filled syringes market globally, it says. The level of competition in this sector is also increasing, as pharmaceutical corporations and syringe component suppliers continue to create products that compete directly with the more established device manufacturers.

Inhaled drug delivery, in particular, has made strides recently, especially with insulin formulations

Inhaled drug delivery, in particular, has made strides recently, especially with insulin formulations – one notable success being the pulmonary delivery of insulin with Mannkind’s Afrezza. Ablynx, meanwhile, is marketing its Nanobody platform for inhaled biological medication applications. The company’s anti-RSV inhaled Nanobody therapeutic ALX-0171 is being developed for the treatment of established RSV infections in the general paediatric population.

Also interested in gaining a footing in this area, Lupin Pharmaceuticals opened a new Center of Excellence for Inhalation Research in Coral Springs, Florida in August. Lupin Pharmaceuticals Inc is the US subsidiary of Lupin Ltd, one of the top five pharmaceutical companies in India. The new facility will focus on developing inhalation products for the treatment of asthma, allergic rhinitis, COPD and other lung diseases.

Drug delivery pumps are also replacing injectables as a means of providing repeated or long term therapy. Such devices include implantable infusion pumps, enteral pumps and volumetric infusion pumps. For example, BD Medical and Medtronicare are set to collaborate on developing a new insulin pump infusion set with BD FlowSmart technology. As part of the agreement, Medtronic will commercialise the infusion set while BD will manufacture the product.

Micro pumps are also enabling the delivery of drugs over long periods to difficult-to-access parts of the body, such as the back of the eye, reducing the need for frequent injections. For example, Alcon Pharmaceutical and Novartis’s experimental drug RTH258 for patients with neovascular age-related macular degeneration has been shown to be effective when delivered with a micropump. The manufacturers are developing both the drug and the pump to go with it. The pump will be refilled with injections but the injections will be less frequent than those used to administer drugs currently available for age-related macular degeneration.

pSivida’s patented Durasert technology is another example that can deliver a drug for a predetermined period, ranging from months to years. The Durasert system uses a drug core with one or more surrounding polymer layers. The drug permeates through the polymers into the body. By changing the design, the company can control both the rate and duration of release to meet different therapeutic needs. Products that use the same injectable micro-insert can provide sustained delivery of a corticosteroid to the back of the eye for three years from a single injection. 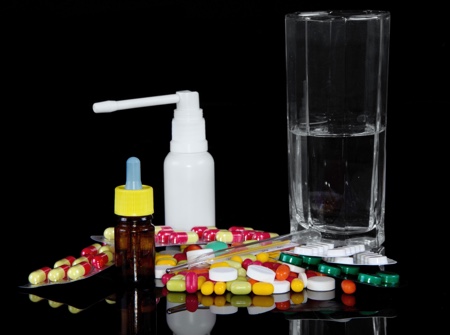 For some people, conventional tablets can be hard to swallow

Oral thin films offer a different approach to overcoming the disadvantages of injectables and tablets. Difficulty in swallowing can be a common problem in people of all ages, especially paediatric and geriatric, and has led to increased demand for an alternative dosage form that provides rapid dissolution without the need for water; thin films can provide a solution.

The Global Oral Thin Films Market Report 2015–2025 report5 says good acceptance from the users and an increasing demand for OTC oral film products has led to the formulation of prescription drugs in oral thin films (oral dispersible, sublingual and buccal). Hormones and vaccines are being formulated into oral thin films with the aim of providing improved patient compliance. According to the report, key players in this area include: MonoSol Rx, Applied Pharma Research/Labtec, BioDelivery Sciences and NAL Pharma. Some companies also see these technologies as a potential lifecycle management tool for branded drugs that have lost patent in other dosage forms.

The report also says there are 10 prescription oral thin films already in the market and there are 29 such films that are currently in different stages of clinical/pre-clinical development. Of these, six products are expected to be launched in the next two years in their respective geographies.

Today’s global transdermal and topical drug delivery market is, according to some estimates, worth around $31.5bn and the sector accounts for more than 12% of the global drug delivery market. The transdermal route currently includes creams, gels or patches. Active in this sector with a new hydrogel technology that can be used to deliver therapeutic compounds through the skin, Alliqua Biomedical of PA, US, says key advantages of the delivery platform include stability of form and composition, purity, reproducibility and compatibility with various active ingredients. Their ease of administration is, of course, an added bonus.

In the US, there are more than 20 types of transdermal drug delivery patches available on the market and annual spend on transdermal patches exceeds $3bn. Working in this field, researchers from North Carolina State University and the University of North Carolina at Chapel Hill have developed a technology that consists of an ‘elastic’ patch that can be applied to the skin and will release drugs whenever the patch is stretched. For example, if applied to the elbow, the patch would release a drug when the elbow bends and stretches the patch.

A new microneedle patch is being developed by the Georgia Institute of Technology and the Centers for Disease Control and Prevention (CDC) that could make it easier to vaccinate people against measles and other vaccine-preventable diseases. The microneedle patch is designed to be administered by minimally trained workers and to simplify storage, distribution, and disposal compared with conventional vaccines.

Meanwhile Syntropharma, of St Boswells, UK, founded by Andrew Gardiner, has developed a transdermal monoamine oxidase inhibitor (MAOI) patch designed to reduce potential side-effects and improve the lives of those suffering from depression and other mood disorders. The product has recently been granted a licence in Argentina and the company has other submissions for key markets in the EU and the US underway.

Smart pills, mainly due to their complexity, have a relatively small market valued at $1.56bn in 2014, but their market value is forecast to reach $3.83bn by 2020, growing at a CAGR of 16.16% (2014–2020).6 This growth is predicted to take an even faster trajectory thereafter. Smart pills generally involve novel encapsulation of the payload combined with delivery triggers that can be either internal (e.g. pH) or external (heat or magnetism). The relatively new field of biological electronics, i.e. using biological systems to create a switchable current, may even see remote control of drug delivery in future.

For example, researchers from Tufts University in the US have demonstrated the concept of an electronic implant, composed of silk and magnesium, that delivers heat to infected tissue when triggered by a remote wireless signal, thus eliminating bacterial infection in mice. Such strategies could help manage post-surgical infection or pave the way for eventual ‘wi-fi’ drug delivery, the inventors suggest.

With increased development of biologicals, much attention has been focused on specialised delivery for what are generally sensitive ingredients. Proteins, peptides and RNA-based molecules all present challenges as biological molecules can quickly break down and their size can make it difficult to get them across biological barriers in the body. While some can be delivered successfully by injection more patient-friendly delivery options for chronic therapy are needed. Enteris BioPharma has been working in this field and recently successfully employed new formulation technology to enable oral delivery of Cara Therapeutics’ CR845 peptide in a Phase II trial in osteoarthritis.

With increased development of biologicals, much attention has been focused on specialised delivery for what are generally sensitive ingredients

Cancer therapy in particular has seen the development of many novel technologies, and novel delivery systems in this market are set to reach an estimated value of $15.9bn in 2020.7 According to Transparency Market Research, this market is registering a CAGR of 23.7%. North America enjoyed a 46.6% share of the overall market and this is expected to rise to 49.7% by 2020, developing at an impressive CAGR of 24.9% during that period.7

The market can be segmented into liquid embolics, embolisation particles and nanoparticles. The market analyst lists several nanoparticles, such as Abraxane (paclitaxel), Megace ES (megestrol acetate), DepoCyt (liposomal cytarabine), Myocet (doxorubicin), DaunoXome (daunorubicin citrate) and Doxil (doxorubicin), that have already received approval. Nanoparticles are said to account for the largest share in terms of revenue, at around $3.3bn in 2013. Growing at a CAGR of 24.7% from 2014–2020, this segment holds the most lucrative opportunities, according to the market analyst.