Mitigating the effects of pulsating flow 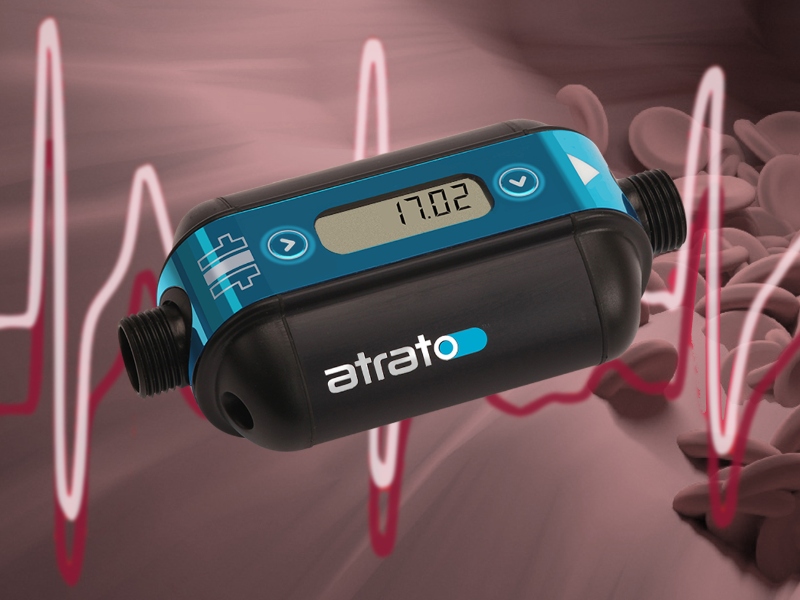 Mitigating the effects of pulsating flow in flow measurement

It is well known that flowmeters are sensitive to effects such as pulsating flow which can generate errors in flow measurement. In a pulsating flow system, the velocity profile of the flow undergoes a dramatic change during each cycle of pulsation compared to even flow conditions. So, in electronically sampling flow metres such as ultrasonic devices, the main source of potential error is the rate of sampling and how it will perceive the real flow passing through it.

Neil Hannay, Titan’s Senior R&D Engineer, said: “Pulsations in a flow line are commonly caused by the pumping element: diaphragm, peristaltic, solenoid or piston pumps can all induce significant pressure and flow pulses. If this pulsation rate is not taken into account, errors in flow measurement will be seen. This can be most erroneous with electronic flowmeters as aliasing can occur.”

How can errors generated by the effects of pulsating flow be minimised during sampling?

Titan Enterprises offers a range of Ultrasonic small bore flow metres giving high accuracy flow measurement for a wide range of applications. However, as with all flow metering devices, they are sensitive to installation effects that generate variations in the velocity profile of the flow. Where Titan’s flow meters are installed in a pulsating flow system, we advise customers to dampen any pulsation as much as possible prior to measurement.

The Nyquist Theorem states that in order to adequately reproduce a signal, (in this case the liquid flow), it should be periodically sampled at a rate that is at least twice as fast as its highest frequency component that is being recorded. Therefore, with a pulsating flow scenario the sampling rate of the electronic flow metre needs to be at least double the Hz rate of the pulsations themselves. If the pulsation rate is not taken into account, aliasing of the flow signal will be seen, resulting in erroneous measurement from the flowmeter.

Aliasing can be illustrated in film making with the wagon wheel effect where the camera sampling rate is less than twice the rotations of the spokes of the wheel. The visual effect generated is the wheel reversing its direction, even though the cart continues along its original path. With flow measurement, aliasing can be illustrated graphically. For example, if sampling is much lower than the pulsations, a random scatter of the flow will be observed, seemingly following no pattern at all. Theoretically, sampling at the same frequency as the pulsation would give a constant but incorrect flow measurement. In practice it is rare to see this and the type of aliasing shown below is more likely, following a cyclic pattern within the peaks and troughs of the pulse.

All of Titan’s Ultrasonic flow metres use time of flight acoustic flow measurement. By measuring an acoustic signal upstream and downstream in the liquid measurement tube, the velocity - and thus flow - is accurately measured. For example, the Standard Atrato range will measure to 1% of reading from 2ml/min to 20l/min.

Using advanced electronics, Titan’s Atrato and Metraflow ranges of ultrasonic flowmeters are able to resolve the ultrasonic signals to about 50 picoseconds, with repeat measurements made to ensure stability of measurement. The software samples the flow measured every 3 milliseconds but with the downstream processing the reported flow is effectively filtered to about 50ms or 20Hz.

So, following the Nyquist theory, Titan’s Ultrasonic devices can accurately measure pulsating flow that is less than 10Hz. Pulsating above this will likely lead to aliasing, so inline pulse dampening is always recommended for systems using diaphragm, piston or peristaltic pumps for example.