According to GlobalData, NHS' victory in the Bayer and Novartis case could have a significant impact on UK ophthalmology sales 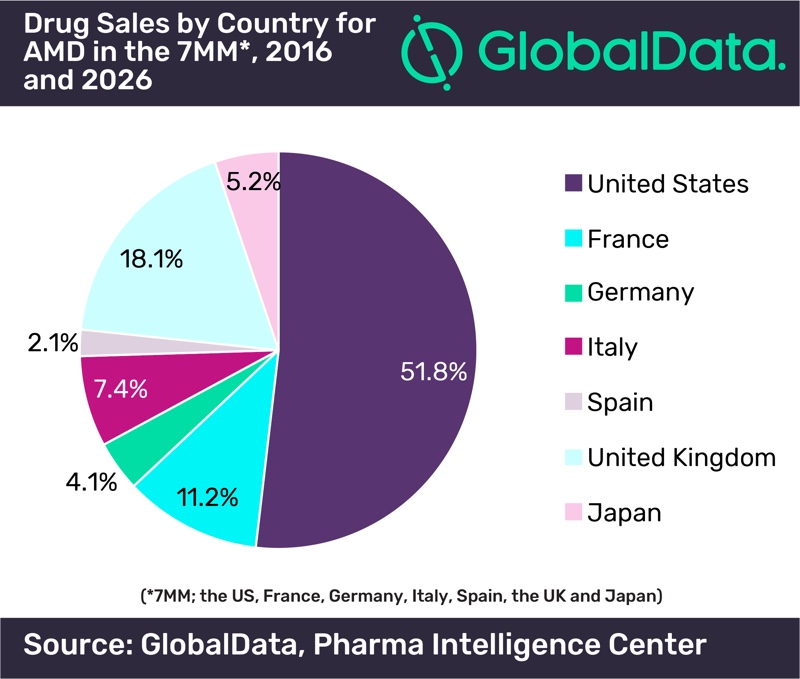 Wet age-related macular degeneration (AMD) is effectively managed by anti-VEGF therapies; however, approved medications, Roche/Novartis’ Lucentis and Regeneron/Bayer’s Eylea, are highly priced, reaching around £5000 per patient annually. Avastin, also Roche’s anti-VEGF, approved for metastatic colorectal cancer but not for ophthalmology, is widely used off-label for wet AMD, particularly in the US.

Avastin is a much cheaper alternative, costing only a small fraction of the approved drugs for wet AMD treatment, less than £400 a year per patient; however, the UK government ruled out the routine use of Avastin in 2015.

Based on GlobalData’s primary research, in the US around 50% of patients with wet AMD are prescribed Avastin, because the majority of payers, including the US Medicare, reimburse Avastin while ophthalmologists often need to obtain prior authorisation if they want to prescribe the approved anti-VEGFs. As a result, the UK represented the second largest AMD market among the seven major markets in 2016, according to GlobalData’s report: ‘Age-Related Macular Degeneration: Global Drug Forecast and Market Analysis to 2026’.

Lucentis is derived from the larger parent molecule, bevacizumab, developed by the same company, Genentech, subsidiary of Roche. There was a hope that Lucentis, as a lower-molecular-weight, humanised fragment of an immunoglobulin G1 (IgG1) mAb, would result in improved retinal penetration over Avastin, and therefore confer superior efficacy and cause less inflammation.

Despite Lucentis’ stronger binding ability to the VEGF protein, however, clinical trials comparing the two drugs for AMD, the CATT trials, sponsored by the National Institutes of Health (NIH), reported in 2012 that the two drugs had similar efficacy and safety. Furthermore, the UK National Institute for Health Research (NIHR)-funded study, named IVAN, also found the two treatments equivalent in efficacy and safety.

Many of the UK’s CCGs asked the government and NICE to provide a specific exception to their standard guidance to support the use of Avastin in wet AMD on the basis of clinical safety and cost effectiveness, claiming that this would dramatically cut costs for the NHS; but the UK government did not allow this due to its regulations over the use of off-label drugs for the safety of the patients.

Having developed a new, more expensive drug; however, it is unlikely that the companies would apply for a licence of Avastin in wet AMD, even though Lucentis was not proved to be more effective or safer than its original version. In addition, Avastin’s patent will expire next year, further reducing the cost of this drug.

As a result of NICE’s new guidance brought out in January 2018, which deemed Avastin as safe and as effective as the licensed anti-VEGFs, and the court case won by the NHS CCGs last week, GlobalData expects that off-label Avastin use will penetrate the UK wet AMD space reducing UK AMD sales share.