Planning for clinical trials in a post-Brexit world

Bruno Speder, Head of Clinical Regulatory Affairs and Consultancy at SGS Clinical Research, discusses the potential implications of Brexit on clinical trials and the development of new medicines 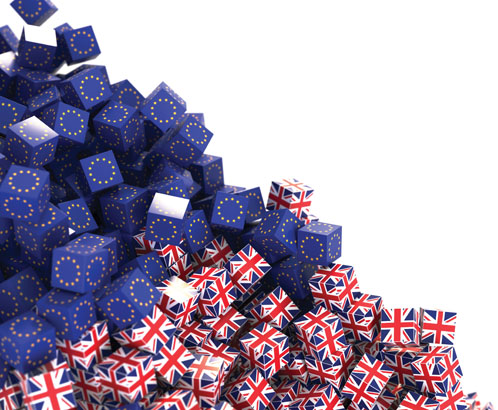 Since the United Kingdom voted to leave the European Union (EU) and invoked Article 50, it is scheduled to depart at 11 pm UK time on 29 March 2019. Subject to agreement, there is the potential for a “transition period” to be invoked until 31 December 2020 (or possibly later) to finalise the arrangements between the EU and the UK post-Brexit and establish the details of the new relationship.

If there is no agreement on Brexit, or if the new EU Clinical Trial Regulation (CTR) 536/2014, which is currently planned for implementation in mid-2019, does not come into force during the transition period, the current UK government plans are that the requirements for a CTA in the UK should remain aligned with the parts of the EU CTR within the UK’s control.

The two key elements of the regulation that the UK would not be able to implement on its own after this time are the use of a shared central IT portal and participation in the single assessment model. CTAs would be submitted to a national portal, which will be available in March 2019 and will be further developed with time.

The 2004 regulations will remain in force as clinical trials are currently managed nationally. UK clinical trial applications will continue to be authorised by the Medicines and Healthcare products Regulatory Agency (MHRA) and ethics committees as they are now.

The UK’s ability to participate in multinational trials will also not change. However, the MHRA plans to align — when possible — with the new CTR without delay when it does come into force in the EU, subject to usual parliamentary approvals. This alignment will happen after 29 March 2019 and is not addressed in the current MHRA guidance.

The MHRA will be improving its processes to enable closer working relationships with ethics bodies and allowing a single application and a single national decision in the UK. The initial pilot work has started and would continue to be developed post-exit. Alternatively, if the EU CTR 536/2014 is implemented prior to Brexit, (assuming transition/implementation until December 2020), the UK is unlikely to be a reporting member state.

The applicant is not required to be in the EU. This can continue regardless of Brexit. In addition, contact persons under the Clinical Trial Regulation in the EU may be in the UK. At present, a sponsor or their legal representative should be based in the EU or European Economic Area (EEA).

The MHRA is seeking to preserve this position if there is no deal. And although the legal representative will only need to be based in the EU or EEA, the MHRA anticipates it will be necessary to have an individual based in the UK who has overall responsibility for the trial. This would be the person who can be contacted to discuss urgent issues arising in connection with a trial, such as critical safety matters or trial suspensions. The MHRA states that it will provide more information in due course.

Manufacturing of active pharmaceutical ingredients (APIs) in the UK

The Falsified Medicines Directive states that any API imported into the EU from a country not on the EU’s white list must conform with EU good manufacturing practice (GMP) regulations. If the UK is not on the white list after Brexit, the UK Health Authority will need to issue the relevant documentation to fulfil this requirement.

Guidance from the MHRA on manufacturing and import licencing was (at the time of writing) expected before the end of 2018. International import requirements for APIs manufactured in the UK to non-EU or countries without a mutual recognition agreement (non-MRA countries) need to be considered if the UK is classed as a “third country” (a jurisdiction outside the EEA).

Depending on the location of IMP manufacture and the location of the clinical trial, there are a number of specific considerations: for any IMP that is packaged or labelled in the UK, importation into the EU for a clinical study through an EU-based site will require a marketing and importation licence (MIA).

If a new site is selected outside of the UK, it is highly likely that substantial amendments will be required prior to initiation of activity at that new site.

When human medicines are manufactured in a third country, but are imported into the UK from a country on a separate list maintained by the MHRA (which, on exit day, will contain EU and EEA countries), the MHRA will continue to recognise certification, release and assurance of compliance with the marketing authorisation (MA) and with GMP guidelines, if conducted by a qualified person (QP) based in the listed country, without any further certification. If an IMP is to be used internationally, import requirements to non-EU or non-MRA countries need to be considered if the UK holds third country status.

The MHRA has confirmed that there will be no change to the present arrangements for the batch testing of IMPs manufactured in third countries. These arrangements will continue until the UK government considers any further change is necessary, and the MHRA aims to give at least 2 years’ notice of the introduction of any changes to allow industry to fully prepare for their implementation.

In the case of a “hard Brexit” scenario, testing and/or release may be required after transit through the UK to the EU as the goods need to be reimported into the EU, as well as tariffs and customs requirements, such as GMP certification being needed. This may have a significant impact on APIs and IMPs manufactured and/or tested in Ireland, along with clinical trials being conducted in the Republic of Ireland, which shares a land border with the UK.

For professionals involved in the clinical materials supply chain and quality control, it will be important to conduct full supply chain mapping and consider actions such as increasing stock, investigating revised supply routes and adding alternate sites to avoid supply risks. There is no regulatory action for this scenario.

The outcome from Brexit is far from certain, and the ramifications of the UK leaving the EU stretch far beyond the ability to conduct clinical trials. However, the pharmaceutical industry stretches across all countries’ borders, and the UK has tens of thousands of people employed within it, many in research capabilities.

Planning for scenarios outside of the EU is crucial to ensure that patients have access to drugs, and that research into the next generation of therapies can be conducted safely and expediently.