Maximising productivity in chloralkali processes is hampered by the unreliability, high maintenance and short lifetime of traditional pH probes 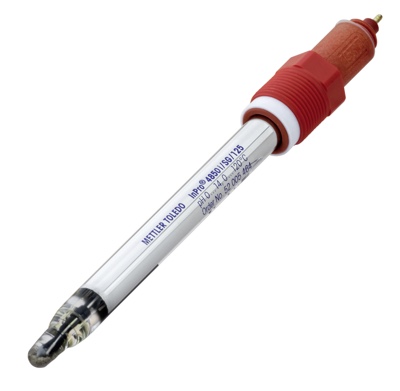 Evonik Industries Fine Chemicals is a joint Sino-German venture based in Yingkou City, China, the company employs the membrane cell chloralkali process to produce cyanuric chloride, as well as the main raw materials for its production: sodium cyanide and chlorine.

In chlorine production, pH value is extremely important in a number of steps throughout the membrane cell process, with the purity of the brine entering electrolysis cells having a great bearing on process yield.

The diaphragm on the electrodes that Evonik were using for pH monitoring were being clogged by brine crystals, requiring time consuming sensor cleaning and calibration.

In addition, chlorine was diffusing through the diaphragm, affecting measurement reliability and reducing sensor lifetime. Evonik engineers were keen to find a reliable, low-maintenance system that would not suffer from these issues and installed the Mettler Toledo InPro 4850i, an electrode developed specifically for use in chloralkli processes.

The InPro 4850i sensor from Mettler Toledo features two separate glass membranes. The first is a sodium-sensitive membrane charged by the sodium ions in the brine with the sodium concentration being used as a reference. The second glass membrane is sensitive to pH and operates the same way as most pH electrodes.

By measuring the difference between the potentials of the two glass membranes, the pH of the solution can be accurately determined. The sodium reference system is hermetically sealed with no diaphragm, therefore the possibility of sensor clogging and poisoning, and need for frequent cleaning and calibration, is eliminated.

The combination of the process-tolerant dual-membrane design and digital signal has reduced Evonik’s sensor maintenance by around 80%, whilst also improving process performance. Such is their satisfaction that they are planning to replace all their existing chloralkali pH electrodes with the InPro 4850i.