The 4000 sqm facility in Barcelona has been built alongside the company’s original factory, delivering a 100% increase in manufacturing space 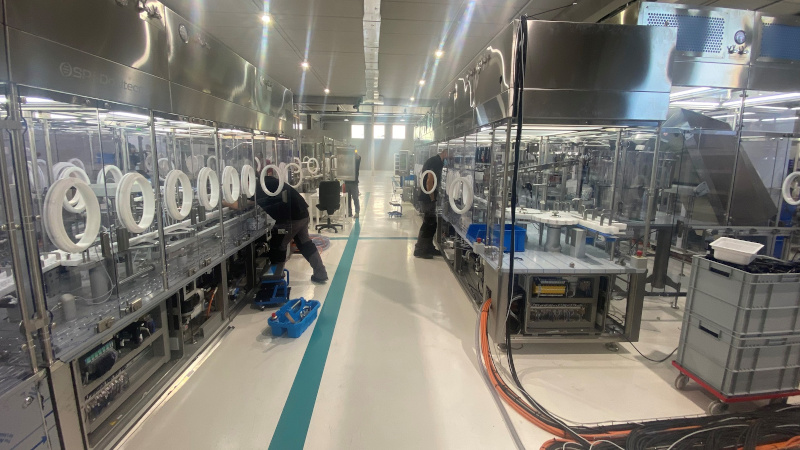 SP Scientific Products has more than doubled its manufacturing capacity. Central to this expansion is the opening of a large-scale manufacturing facility in Barcelona, Spain, for SP i-Dositecno sterile fill-finish systems. The company is also increasing its manufacturing headcount and streamlining many manufacturing processes. These strategic advancements are already enabling reduced order-to-delivery lead times, the company claims.

The 4000 sqm facility in Barcelona has been built alongside the company’s original factory, delivering a 100% increase in manufacturing space. Systems being built at the facility include the company’s modular sterile filling, stoppering and capping machines, which are suitable for the lower-volume requirements of the growing number of biologic drugs for smaller patient groups - a key factor in the increased demand for the company’s configurable equipment, it says.

SP’s global capacity expansion is also being facilitated by the reengineering of manufacturing at many of its other sites worldwide, such as its Warminster, PA facility, where streamlined manufacturing processes have been adopted to reduce build time. Such developments have reportedly enabled the company to deliver an installation of commercial freeze dryers for SARS-CoV-2 diagnostics production in just four months.

To further reduce lead times, the company is recruiting quality and electrical engineers, project managers and production staff, as well as field service engineers to install and maintain the systems.

“Our highly flexible fill-finish and lyophilization modules mean that we can deliver a complete system engineered for specific customer needs in a matter of weeks, even for our most complex units, whilst remaining cost competitive,” said Brian Larkin, President and CEO, SP Industries.

“It’s why SP is increasingly seen by pharma and diagnostic companies as a go-to provider, particularly for small batch manufacturing systems. We’re continuing to make these major investments in capacity, such as the opening of our new SP Barcelona facility, to ensure that we can continue driving down lead times, even as we deliver an increasing number of units. This in turn enables our customers to get their products to market sooner.”