Researchers at the Institute of Bioengineering and Nanotechnology and the Agency for Science, Technology and Research have engineered a 3D heart tissue from human stem cells, to test the safety and efficacy of new drugs on the heart 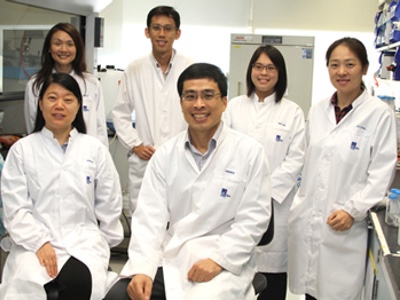 The Institute of Bioengineering and Nanotechnology (IBN) conducts multidisciplinary research across science, engineering, and medicine to improve healthcare and quality of life. Its research focuses on nanomedicine, synthetic biosystems, biodevices and diagnostics, and green chemistry and energy.

The Agency for Science, Technology and Research (A*STAR) is a scientific discovery and innovative technology agency in Singapore, which collaborates with the public and private sectors to benefit society, aiming to bridge the gap between academia and industry.

Professor Jackie Y. Ying, Executive Director at IBN, said: Cardiotoxicity, which can lead to heart failure and even death, is a major cause of drug withdrawal from the market.

A big part of the problem is the use of animals or animal derived cells in preclinical cardiotoxicity studies, because of the limited availability of human heart muscle cells.

Ying said: "Antibiotics, anticancer and antidiabetic medications can have unanticipated side effects for the heart. So it is important to test as early as possible whether a newly developed drug is safe for human use. However, cardiotoxicity is difficult to predict in the early stages of drug development.”

Substantial genetic and cardiac differences exist between animals and humans. There have been a large number of cases where the tests failed to detect cardiovascular toxicity when moving from animal studies to human clinical trials.1

Existing screening methods based on 2D cardiac structure cannot accurately predict drug toxicity, while the currently available 3D structures for screening are difficult to fabricate in the quantities needed for commercial application.

Dr Andrew Wan, Team Leader and Principal Research Scientist at IBN, said: “Using the 3D heart tissue, we were able to correctly predict cardiotoxic effects based on changes in the beating rate, even when these were not detected by conventional tests. The method is simple and suitable for large-scale assessment of drug side effects. It could also be used to design personalised therapy using a patient's own cells.”

The researchers have filed a patent on the human heart tissue model, and hope to work with clinicians and pharmaceutical companies to bring this technology to market.

This finding was reported recently in the Biofabrication journal.