Targeted therapies are fuelling a growing demand for containment and cleanrooms

Targeted therapies in the fields of oncology, cardiovascular disease and diabetes are proving to be one of the most exciting areas of modern medicine 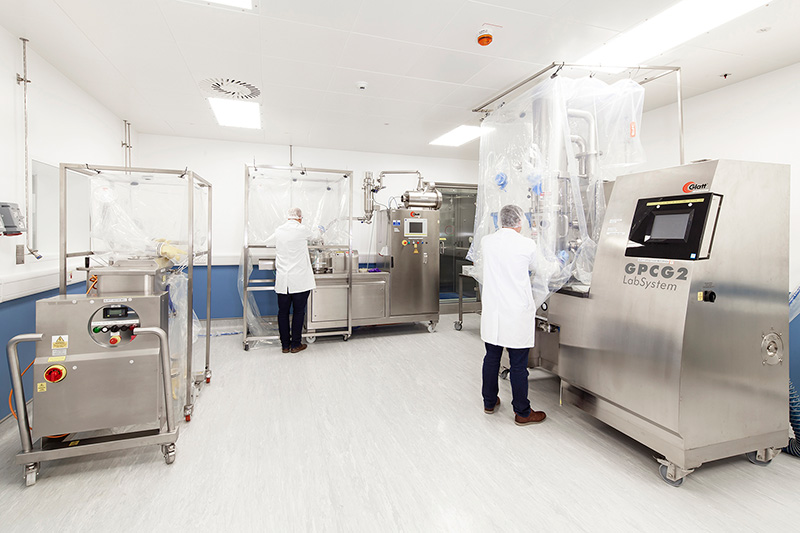 Doctors are now able to prescribe drugs that can treat very specific areas of the body, such as cancer causing lymph nodes, to prevent fatal disease. This precision medicine has become a key focus for drug development in recent times – and research continues to look at how these new therapies can target molecules, such as proteins and genes, as well as our cells.

Aided by modern chemistry techniques, advanced technologies and more stringent manufacturing processes, this growth in molecular targeted drugs has, however, led to an increase in super-potent compounds being produced in drug discovery labs as well as CDMO and CMO facilities across the world. Due to the impact of using high potent active pharmaceutical ingredients (HPAPIs) in these medicines, we are seeing an urgent demand for drug manufacturers to upgrade their production lines and processes.

As these HPAPIs increase the risk of airborne exposure of cytotoxic substances in manufacturing environments, standard PPE is no longer considered adequate – and occupational exposure band (OEB) levels have been raised.

Where detailed information on these novel compounds is limited, technicians are also forced to assume the highest OEL level – because they just don’t know how the compound will affect the worker with repeat exposure.

This has sparked a growing need for new labs that are fitted with higher standard containment and cleanroom technology. This is most noticeable in Europe – especially since the pandemic began. With many existing labs tied up by managing huge numbers of PCR tests, newly built and converted facilities have been required to handle other contractual work.

This demand in new European labs has also been driven by a desire to bring drug manufacturing closer to home. Concerns around quality controls in other regions and doubts around the reliability of the global supply chain, has increased the amount of nearshoring and in-house production and development.

For example, where oxygen has been shown to degrade a product during manufacturing, containment technology allows manufacturers to control the environment, replacing the oxygen with nitrogen to provide an anaerobic chamber.

Where a grade A cleanroom is expensive to create, manufacturers are increasingly likely to deploy grade A isolators to create a sterile environment that can meet the required standards.

This may sound like a complicated and disruptive process but, in reality, 98% of all existing process equipment can now be retrofitted with flexible containment technology – and this work can be completed within a few days.

For many contract manufacturers, this flexible containment technology – which contains disposable elements – is also often seen as a preferable option to the traditional rigid isolator. The ability for disposal, rather than cleaning, means that manufacturers do not face the same cross contamination challenges when drug production changes.

In the pharmaceutical industry, where cleaning may mean going right down to the submicron level to remove product, cleaning costs can run into the thousands of euros a day. The accompanying validation process, which involves detailed swab testing and analysis, also adds to the period of downtime this creates.

With a flexible approach, however, manufacturers can simply throw away those disposable elements, such as single use glove bags, and store the frames and control systems until they are needed again.

This is certainly an exciting time for our industry, with containment and cleanroom technology playing a crucial role in the development of new life-saving drugs.

As the research into targeted therapies increases, the volume of drugs being produced to treat various cancers, cardiovascular conditions and diabetes is only going to grow.

The likelihood is that these will need to be produced through that mix of new labs, with cleanrooms using rigid isolators, and existing manufacturing environments, where production lines are being converted, using flexible containment technology.

We need to prepare ourselves for this trend, and ensure the best solutions are available to meet that demand.