Batch production has been the traditional workhorse of the pharmaceutical manufacturing sector. However, economic advantages are taking continuous flow out of the realm of a niche technology for high energy, hazardous reactions to become an essential part of the small molecule manufacturing toolkit 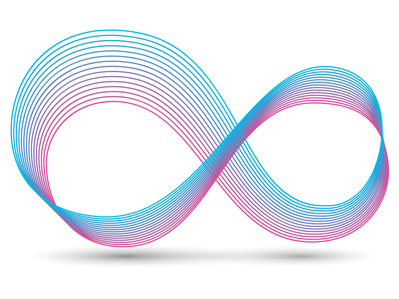 Using continuous flow chemistry to safely handle these high energy products and reagents has removed the need for batch operations to be done in bunkered production facilities that are expensive to set up and maintain. The efficient use of continuous flow can also show marked cost savings through a smaller footprint and overall process simplification.

As a result, continuous flow can lead to a capital expenditure reduction of approximately 50%, although the savings can be even more dramatic in some instances. It is feasible to convert a batch process into a very compact, designated flow production workspace. Figure 1 shows a developmental phase process involving a Grignard reaction, a formylation coupling, a reduction, quench and, finally, the addition of a cosolvent that was set up using five reactors coupled with multiple recirculating temperature controllers, scales and pumps. The entire process fitted within a double-sided, walk-through hood with a total footprint of approximately 50 square feet.

Further cost benefits can be achieved from the reduction of inputs. Energy consumption can be cut by up to 30%, whereas solvent usage will also be reduced significantly — or in some cases eliminated entirely — as a result of enhanced process control. In addition, less waste solvent will be produced, which reduces the costs associated with its disposal and drastically improves the process intensity for the final product.

Typically, operating costs are also significantly reduced; studies have estimated total operational savings to be in the region of 20%, and possibly as much as 50%, compared with traditional batch operations. Some of this comes about as a result of lower labour requirements and the need for fewer analytical procedures, but process efficiencies that are gained from yield and quality improvements also play a key role.

Frequently in a batch process, infrastructure constraints such as achievable pressures, temperatures, addition rates or equipment availability within a plant will force a process chemist or engineer to accept a less than ideal synthetic route, which can generate impurities that must be removed. In some instances, continuous flow can avoid these impurities, or at least reduce them significantly, by designing the process to avoid or minimise their formation, whereas analysis can be integrated into the process rather than functioning as a separate operation, resulting in major savings in both time and cost.

As a result, optimising the chemical synthesis in flow can reduce lengthy reaction times and extensive work-ups, drastically lowering occupancy requirements and reducing the plant time required for a given process. This not only cuts the cost of a project, but can also free up capacity for additional production and revenue.

Another key advantage of continuous flow is that the overall development phase can be shortened considerably. Depending on the required volumes for a process as it moves through the different clinical phases, the same equipment used for early development can remain with that process through to the later phase batches and, possibly, even into commercialisation. 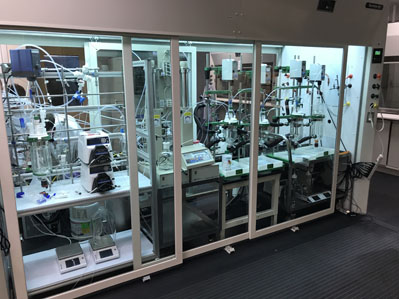 Figure 1: A developmental phase process involving a Grignard reaction, a formylation coupling, a reduction, quench and the addition of a cosolvent that was set up using five reactors coupled with multiple recirculating temperature controllers, scales and pumps

Streamlining this traditional workflow could even eliminate the scale-up phases of the development cycle entirely, saving not only the costs of those batches, but also reducing the time to market by months or even years and enabling development investment costs to be recovered sooner.

Even in the most controlled scenarios, scale-up is inherently non-linear, and this is exacerbated by the variations in equipment design that are often found between facilities or in the different phases of process development. Equipment geometry, material quantities and resulting addition rates, agitator design, heat transfer capability and efficiency all influence scale-up and impact the core attributes of a chemical process.

A common and significant scale-up challenge with conventional batch reactors is agitation, especially at larger volumes. Predicting the differences in mixing profiles between vessels is a complicated process with many variables. Even with constant aspect ratios, the characteristic mixing time within a vessel can increase by an order of magnitude with a simple increase in scale from 1 to 50 litres. Ultimately, the impact of agitation manifests itself by an inability to maintain consistency.

Perturbations in concentration can directly affect chemical synthesis as the availability of reagents can limit a desired reaction or potentially cause an undesired one. Extending reaction times to ensure full, or at least acceptable, conversion can not only have an adverse effect on product quality but can also extend processing times, thereby decreasing throughput and ultimately increasing the cost.

These are only a few examples to illustrate why scale-up can be one of the most difficult aspects of the traditional batch manufacturing process, but continuous flow chemistry can address some of the major challenges. One powerful alternative is that rather than having to transfer a process from a small reactor to incrementally larger ones — with the validation requirement that each step entails — scaling-up a continuous flow process can simply require the addition of another reactor of the same size to run in parallel (scaling out), thereby reducing validation costs significantly.

Alternatively, depending on the volume demands of a process as it moves through the development phases, continuous flow technology can achieve volume increases or batch size demands by increasing the run times rather than necessitating an increase in scale: one day to make 10 kg, two days to make 20 kg, four to make 40 kg, etc. Scale-up can be effectively eliminated just by utilising throughput.

The use of continuous flow technologies has important implications for process control and analytics. With most batch processes, critical process parameters are developed and tested throughout the development and validation stages, but quality decisions and material dispositions are often based on offline representative testing. Using this approach, it is possible that an entire production batch can be processed … only to fall out of specification and require reprocessing or disposal.

In contrast, continuous flow allows for the implementation of real-time feedback so that measured values are available instantly and potential disruptions can be realised, captured and solved with an appropriate control strategy, avoiding a scenario in which an entire batch is put at risk. Constant monitoring of the flow rate and other critical process parameters means that small changes can be made in real-time to account for fluctuations.

For a process that is well understood and tightly defined, control can be maintained with simplified measurements. In such cases, the process analytical technology (PAT) required is generally easier than that of batch production — often with only temperature probes and flow meters being required to ensure that the process remains within the acceptable parameters to deliver product of a known quality.

Even in the most controlled scenarios, scale-up is inherently non-linear

If necessary, sophisticated PAT probes can be easily integrated into a flow process to allow for the rapid detection of deviations, as well as providing nearly continuous monitoring of quality, as opposed to waiting on a single batch sample and corresponding measurement.

Introducing additional PAT can provide an extra level of process performance assurance and product quality. Layering in measurements to track key parameters, such as reaction conversion, can be utilised to make real-time adjustments to correct raw material variations or drift that may be happening within the process itself.

In situ spectroscopic techniques, such as Fourier-transfer infrared (FTIR) or Raman spectroscopy, can be used to map reaction kinetics, and then subsequently incorporated into flow streams for the real-time monitoring of conversion. Peak depletion or peak growth can be used during development to define optimal conditions, allowing for peak intensity to be tracked online during campaigns to monitor for deviations and to develop a process control response.

A batch operated nitration process was converted into a commercial-scale continuous flow process with an annual capacity of more than 50 tonnes, with a view to meet growing demand from the customer and also to free up capacity and reduce operational costs. The project presented a number of major challenges.

First, the intermediate itself was highly energetic and to transfer it from a bunkered facility into a regular manufacturing facility involved rigorous safety assessments and precautions. Additionally, the nitration reaction is exothermic and requires a high cooling capacity to strictly control the temperatures during the reaction.

The process was a heterogeneous liquid/solid slurry system, carrying more than 30% of the solid throughout the process from the raw material feed into the nitration reaction, followed by a quench step and isolation. This meant that both heat and mass transfer had to be managed carefully to achieve a safe and predictable process. A further requirement was to keep the purity profile unchanged; any variation could affect both capacity and quality in the downstream processes.

Commissioning of the new continuous flow nitration production train began within seven months of the start of the project. The equipment was first tested using water to verify the functionality, after which 14 pilot batches of varying size were produced to optimise the process parameters during start-up, steady state and batch end.

All 14 batches met the quality specifications, proving the robustness of the continuous flow process. During commissioning, another reactor was added, which doubled the capacity of the production train for a relatively modest 10% additional investment.

The upgraded production train now consists of two nitration reactors working in parallel and with one confined post-reaction vessel. Capacity has been increased significantly and the bottleneck has been moved downstream in the process to product isolation and waste handling.

The project met all its target objectives. The annual capacity of the new continuous flow production train is in excess of 80 tonnes — well above the original target of 50 tonnes — and capacity has been freed up in the bunkered high energy pilot plant.

All of the batches produced have been within specification and had the same purity profile as product made in batch mode. Furthermore, the improved repeatability in the continuous process generates product with a much more consistent quality between batches compared with the previous process.

The safety of the process has been maintained and even improved, enabling operation in the regular production facility. This consolidation has, in turn, significantly reduced the overall cost of production and improved internal logistics. The currently installed API manufacturing infrastructure means that batch operation will continue to be the predominant production method for the foreseeable future.

However, the interest from large pharmaceutical companies in becoming increasingly engaged with continuous flow technologies, in both API manufacture and formulation, indicates that demand for continuous flow is set to increase. Vertex and Johnson & Johnson have the first two FDA-approved continuous flow processes for drug products, whereas Lilly, GSK and Novartis, among others, have invested significantly in development and production capabilities.

Every unit operation associated with traditional batch processing has a flow counterpart, and throughputs achievable with continuous flow can rival batch capacities and often even outperform them for small volume molecules. Continuous flow should therefore be regarded as a truly enabling technology and a powerful development tool.