The promise of manufacturing in modular cleanrooms

Maik Jornitz, G-CON Manufacturing CEO, and Dr Kevin Robinson analyse whether the cost of a cleanroom should be the focal point in the buying decision or whether other factors should be given more priority than the cost per square foot data point 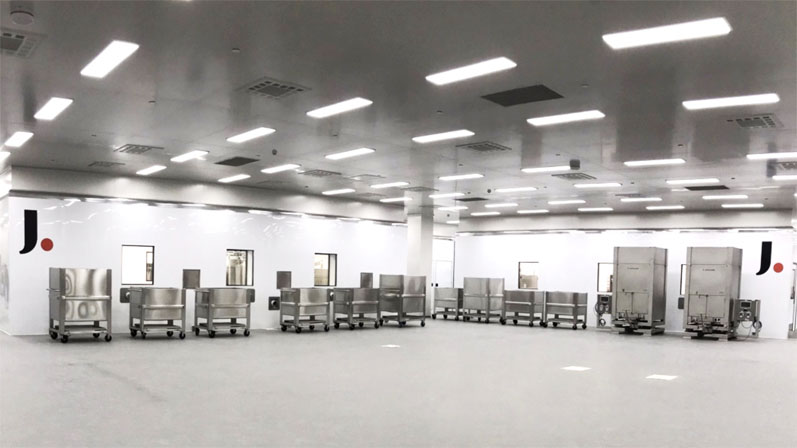 Increasing expression rates in mammalian cell culture systems, the advent of single-use technology, advances in personalised and orphan therapies, etc., have made the smaller-scale manufacturing of pharmaceuticals and biopharmaceuticals a growing trend. Speed and flexibility in this context are relative; the question generally being whether it’s faster and more flexible to use modular plant as opposed to traditional brick and mortar facilities.

There are a number of key drivers to consider when deciding which facility design option is the best for a particular cleanroom need. And whereas this paper advances the notion that cost per square foot is not the appropriate centre point of that discussion, it won’t be disregarded as a factor.

Speed and flexibility will also be considered and not just in the context of a comparison with brick and mortar. Other cost factors will be considered as well. Only after considering all of these factors can an informed decision be made on the cleanroom option for a project. 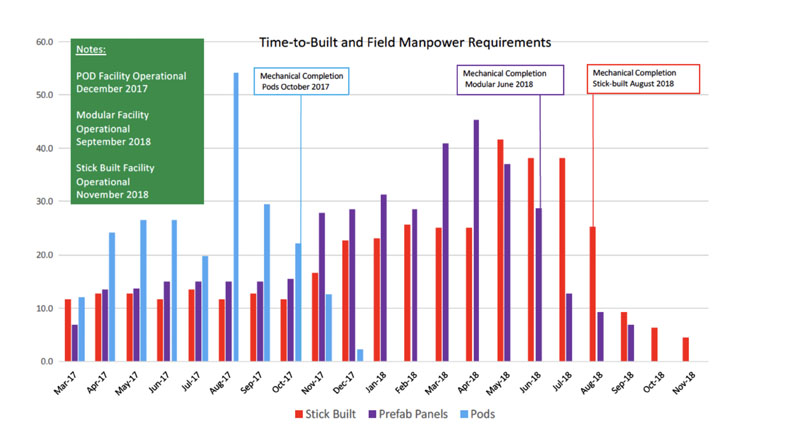 These differences in time-to-build show the benefit of the different structures. It may be that some of the cleanroom structures have a price premium … but so does the delivery timeframe. The saying “time is money” comes to mind and when one looks at the cost of a monoclonal antibody batch, which can have a value of US$20–30 million and be produced in 1.5–2 weeks, any time delays in establishing a site has major consequences.

Up until recently, though, asking if a plant or facility infrastructure could be relocated would at least get you an odd stare and, at most, get you a trip to your friendly neighbourhood behavioural health clinic. But now, moving cleanroom infrastructures is readily considered to be an advantage to certain approaches.1

Flexibility in this regard could manifest itself as moving capacity to meet demand in another country and even for the production of another product. With stick-built infrastructures, this flexibility simply is not present. Once built, the infrastructure cannot be disassembled and moved or simply relocated without disassembly.

For plant with modular panels, although the panels themselves can be disassembled and moved, the non-modular mezzanine structure housing the HVAC equipment cannot. So, moving this type of facility is not possible either. In the prefabricated approach, the units themselves are mobile.

Some even employ air bearings for easy movement into, around and out of facilities. Their minimal connection to the onboard HVAC equipment makes them fairly autonomous within the larger facility as well. As such, these units can be relocated with ease. Disconnecting the units from each other and the host facility takes a matter of days. Then, the units can be individually moved on a standard eighteen-wheeler lorry to the next site or port of choice.

With the mobility of prefabricated units, one can even imagine a centralised storage location for the units, which would serve as the supply centre for cleanroom capacity when needed. When the cleanroom infrastructure is no longer required at a particular location, it can be shipped back to the central site for cleaning, sanitisation, servicing, maintenance and recalibration if appropriate.

This centralised area could also be used if cleanroom assets from disparate regions require retrieval because of political unrest or unfavourable changes in tax structure/economic incentives. With the increasing need to supply the patient base on a local level, the ability to move cleanrooms may go from a “nice to have” to a “need to have” in very short order. As such, cleanrooms may take on even more mobility in the future (Figure 2). 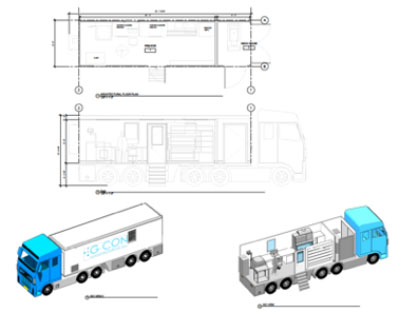 Figure 2: Example of a mobile processing system, which can be a truck or trailer-based unit

With prefabricated units, if extra production capacity is needed, an additional autonomous production suite can be added without interrupting the existing unit operations. The same is true for filling capacity. Owing to the autonomous nature of each unit, an overall HVAC rebalance is not required, neither is onsite construction nor shutdowns to accommodate onsite construction.

As such, adjusting the process to add or remove steps is not an issue. For the modular panelled and the stick-built approach, a change in process would result in onsite construction, a shutdown to accommodate that construction, additional or different HVAC design and a rebalancing of the HVAC system upon completion. As such, the process cannot be readily changed with either approach.

The ability to produce internationally has become an area of more interest for pharma and biotech recently. Multinational production provides developers with numerous benefits, including

So, the question of whether any of the three options being considered can be reliably and rapidly deployed into numerous foreign jurisdictions is very relevant today. With prefabricated cleanrooms, the infrastructures are built at a central site by an experienced workforce and shipped to the location.

A small crew from the manufacturer arrives with the structures and installs and connects the modules to each other. This process can be completed in a matter of days. The modules are then commissioned by the manufacturer’s quality team during 2–3 week period and the process is complete.

By utilising a panelled approach, some efficiency is gained in the use of standard materials, but the exercise of choosing engineers, contractors, designing, costing, etc. is largely the same and is subject to the same issues and delays.

The perspective of cell and gene therapy is a good example when flexibility is being considered. In such a production environment, rigorous containment is required. Typically, a cell therapy application requires a relatively small processing space for patient-by-patient drug production.

Patient samples must be handled with the utmost care. The cleanroom structure must be sanitised frequently, generally with vaporised or ionised hydrogen peroxide and cross-contamination from other process spaces must be avoided.

Reviewing the options with this example in mind, it is clear that the prefabricated autonomous and segregated cleanroom units are the better option; each one having its own HVAC and providing unidirectional flow achieves the required results (Figure 3).

The autonomy of the HVAC systems allows for cleaning runs to occur in each unit when needed, even after every patient sample is processed. Although the other systems can be designed to achieve unidirectional flow, neither of them will be able to provide HVAC autonomy for each process space. As such, cleaning will have to occur during facility wide shutdowns. Containment between process spaces will not be feasible either, given the shared HVAC design. 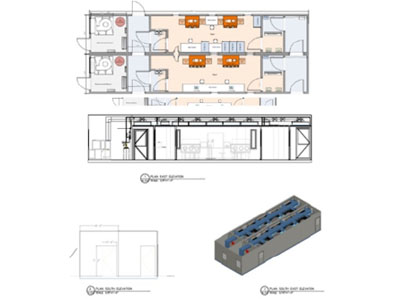 Figure 3: Cell therapy example; prefabricated units can be scaled without interrupting other units

The off-site prefabricated approach can even provide more benefits than cost and timeline. In the future, such cleanroom systems can be mass-produced and delivered in weeks (not months) for a much lower price than is currently experienced. Most of us can remember the price of our first computer. Nowadays, the same equipment would be available at a fraction of the price.

Similarly, standardised, predesigned cleanroom units being built again and again will experience the same price reduction phenomenon that the car industry experiences (it’s noteworthy that a car is much more complex than a cleanroom unit but can still be configured). There is no reason why such mass production cannot be accomplished with prefabricated cleanroom units.

As noted at the beginning of this paper, cost is a factor but should not be the sole consideration in the facility decision making process. This is especially true when, as previously shown, costs for the three considered approaches are fairly in line with each other.2

There are other elements of cost that should also be taking into account. One factor is project scope. Because of the similarity in pricing between the various options, many vendors battle each other in a race to the bottom, seeking to be the lowest cost per square foot price.

For this reason, the legacy cost per square foot approach should be viewed with a fair amount of scepticism. The end user should ensure that all costs are considered, including electrical, HVAC, fire suppression, flooring, commissioning costs, onsite insurance, etc. In addition, for onsite built projects, health and safety insurance, project oversight, permitting costs (and potential delays) and laydown area requirements should be considered and included in the overall cost calculation.

Furthermore, qualification costs should also be considered. Prefabricated modular cleanroom units undergo prequalification in an offsite factory acceptance test. Within this prequalification phase, all functions are tested and issues can be corrected off-site. In the other approaches, qualification occurs onsite and, if corrections are required, additional cost, time, contractor traffic and disruption to the entire site will occur.

Another expense factor to be considered is depreciation. Traditional fixed installed infrastructures are depreciated for a term of 30–40 years as they are considered to be part of the facility for tax purposes. Prefabricated, modular and mobile cleanroom units are depreciated as equipment during a period of 7–8 years.3 This accelerated depreciation provides real economic advantages as it relates to taxes and cash flow. This benefit is typically not considered by those only concerned with the lowest cost per square foot.

Owing to the demand for more agile, smaller footprint and flexible facilities, modern facility design is changing. The evolution of available offerings requires new thinking when it comes to making a facility decision. Cost, speed and flexibility should all be considered when determining which facility design and cleanroom infrastructure is best for the specific application.

Certainly, speed in this context generates significant value. In addition, a flexible option becomes a renewable asset within the buyer’s overall production capability, for one or multiple products, domestically or otherwise. Finally, cost must include the initial price per square foot and the overall project cost, the quality and the indirect cost ramifications of the chosen option.

This article will appear in the May issue of Manufacturing Chemist. The April edition is available here.