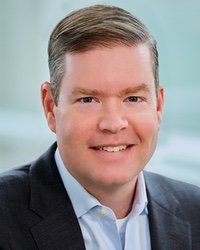 Asklepios BioPharmaceutical (AskBio), a clinical-stage AAV gene therapy company, has appointed Tim Kelly as President of Manufacturing. He will oversee all manufacturing functions at AskBio and its Viralgen affiliate for the production of clinical- and commercial-scale AAV vectors.

Prior to joining AskBio, Dr Kelly was the President and CEO at KBI Biopharma, a contract services organisation that provides drug development and biomanufacturing services to pharmaceutical and biotechnology companies globally.

AskBio currently has clinical studies underway in late-onset Pompe disease and congestive heart failure. To meet the growing demand for AAV gene therapies, the company is investing in manufacturing innovation, talent and capacity that will allow it to effectively and efficiently serve patient populations.

Sheila Mikhail, JD, MBA, Chief Executive Officer and co-founder at AskBio, said: “He brings a wealth of experience successfully leading therapeutic development and manufacturing and fostering the entrepreneurial, patient-focused culture that drives us at AskBio.”

In January, Viralgen broke ground on a 300,000 sqft commercial facility in San Sebastián, Spain, with production expected to start in the spring of 2022, complementing the clinical-scale production currently carried out at its existing cGMP facility.

“AskBio’s technology is truly transforming human health, and I am incredibly excited to help translate our innovations into reliable delivery of AAV gene therapy products to patients in need,” said Kelly.

Dr Kelly has more than 20 years of experience in the development and manufacture of therapeutic proteins. He has overseen biopharmaceutical services for over 320 molecules at all stages of development and commercialisation and supported numerous successful FDA and international regulatory inspections throughout his career.

Kelly began his tenure at KBI Biopharma in 2005, initially acting as VP of Biopharmaceutical Development, where he led the establishment and growth of KBI’s analytical development, formulation development and cGMP laboratory services business. He subsequently served as Executive VP of Operations with responsibility for KBI’s development and manufacturing functions in North Carolina and Colorado before becoming President and CEO.

Prior to KBI, he directed the quality control function for Diosynth Biotechnology, where he supported clinical and commercial biopharmaceutical products. Kelly earned his PhD in molecular genetics and biochemistry from Georgia State University.