According to one of Stephen Sondheim’s most well-known lyrics, “I like to be in America! OK by me in America!” But, given the geography, politics, population, regulation and funding that are unique to the United States, Dr Kevin Robinson looked west to the Land of the Free to find out how the pharmaceutical industry is faring amongst all the milk and honey 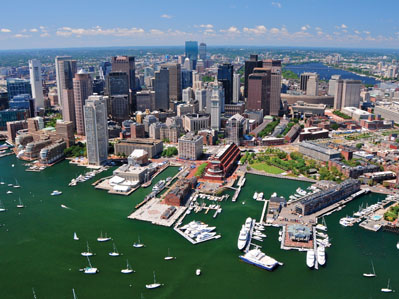 As a provider of analytical instrumentation and an expert in gas chromatography (GC) technology, Ellutia has seen developing opportunities in quality control within the pharmaceutical market. For example, companies that develop inhalation-based drug delivery systems need to test for leachables and extractables in plastic bodies.

When a solvent suspension is used, certain compounds can leach out of the inhaler bodies. As the market becomes increasingly competitive, more components are being outsourced from all around the globe and not all materials meet the quality levels needed, necessitating vigorous quality control (QC) techniques.

Says Adam Zapiecki, Technical Manager at Ellutia: “QC is a necessity when an active pharmaceutical ingredient (API) provider is accredited by the US Food and Drug Administration (FDA). The existing QC process does not necessarily include testing of the raw product nor the final pharmaceutical. Their larger focus is on approved processes being followed and contamination being controlled, and this has resulted in significant problems being missed.”

“An example of this is the widely reported global recall of drugs that contained valsartan, losartan and irbesartan, a component in a family of drugs used to treat heart failure and high blood pressure. During API tests, impurities — namely N-nitrosodimethylamine (NDMA) and N-nitrosodiethylamine (NDEA) — were found."

"These organic compounds are nitrosamines, a family of potent carcinogens. Ellutia has extensive experience in GC (and LC) systems to test for these. If testing was an automatic part of the process, this would have been identified early and the global recall avoided. About 80 million prescriptions are written annually for these pharmaceuticals,” he adds.

Ellutia works with US customers to enable them to complete in-house testing and quickly identify any impurities or contaminants. “With a team of specialists on the ground, we can provide equipment and service support, advice on testing and a wealth of experience in GC analysis,” Adam concludes.

Linkam, a UK-based scientific instrument manufacturer operating in a number of industries, has a global footprint and specialises in tailoring instrument design to the needs of scientists. With export business representing 85% of the company’s sales, Linkam is used to servicing international customers. An initial presence in Japan when the company was founded more than 30 years ago has since developed into a worldwide distributor network, with approximately one third of its business taking place in the US. 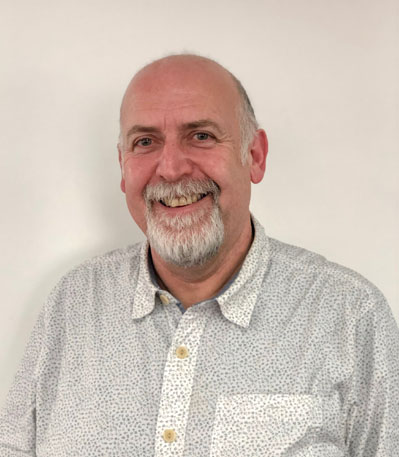 Duncan Stacey, Sales and Marketing Director, Linkam, comments: “One of Linkam’s specialisms is the design and manufacture of specialty instruments for the pharmaceutical industry, particularly for freeze drying and thermal analysis techniques such as differential scanning calorimetry (DSC)."

Linkam’s instruments are designed for easy set-up, minimal training and low cost, making them ideally suited for small start-up biotech companies as well as larger pharmaceutical companies to solve very specific problems. For example, large benchtop DSCs can take hours to run, whereas Linkam’s DSC has a unique feature of combining DSC with microscopy and only takes 10–20 minutes for full sample characterisation.”

Key universal regulatory factors include the calibration and reproducibility of instruments, but one challenge specific to operating in the US is the size of the country. Linkam has five active distributors spanning the US to ensure that customers are serviced regardless of their region … but this does limit the personal interaction that the Linkam team has with end users. To combat this, the company attends trade shows in the US, such as the American Association of Pharmaceutical Scientists (AAPS), which has been hugely successful.

“At Albumedix,” says Daniel Shelly, Director, Business Development, “we have seen development in the US market for cell and gene therapies during the past two decades, but it was not until 2017 that this area of biotherapeutics really ramped up. According to the Alliance for Regenerative Medicine (ARM), there are more than 906 cell and gene therapy companies operating worldwide and 484 of them have primary operations in the United States.”

“As members of ARM, Albumedix is fully engaged with the needs of US customers, who are now starting to truly understand the benefits of the higher quality and better performing capabilities of recombinant human albumin. For Albumedix, this is a landscape in which having business development/scientist professionals on the ground makes a lot of sense.” 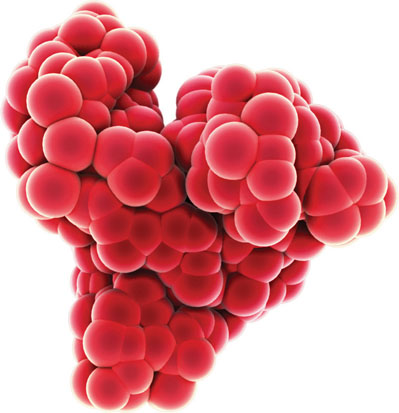 Albumin has been used for decades — often in the form of animal or human sourced serums or purified proteins — in cell culture systems for products such as vaccines, antibodies, recombinant proteins and, more recently, for oncolytic viral therapies and cell and gene therapies. However, owing to batch-to-batch variability and the risk of adventitious agents or contamination, regulatory bodies much prefer recombinant components.

Albumin is now instrumental in nearly all stages of cell culture production for cell therapies, gene therapies and viral vaccines, from initial cell isolation, vector transduction, transfection, expansion, downstream purification, cryopreservation and final formulation. Once thought to be a simple replacement for serum-sourced albumin, it has become clear that Albumedix’ recombinant cGMP albumins often perform better, such as recent studies showing a four-fold improvement in post-cryopreservation cell viability for MSCs.

“As cell and gene therapies transition more from rare and orphan diseases to indications with larger patient populations, the risks and inconsistencies of serum-derived proteins will be increasingly frowned upon by regulatory agencies. Highly pure, consistent and recombinant components such as albumin are favoured by regulators and provide benefits across the entire CMC value chain. With the lion’s share of these companies operating in the US, along with the utility of Albumedix’ products in these applications, Albumedix’ US team will be kept very busy,” observes Daniel.

The life sciences market in North America has been extremely buoyant and this means access to an extensive network of potential customers. As the market further globalises, key decisions for worldwide plant and process designs are frequently led by engineering teams headquartered in the US. As the customer base shifts to a more collaborative global purchasing approach, so too must suppliers to be successful.

“This presents a significant opportunity for ChargePoint Technology to align with the customer base,” says Tony O'Sullivan, Chief Commercial Officer. “Being in this region means that the company is ideally placed to meet the increasing demand for safe containment techniques, owing to the rise in high potency manufacturing and for proven aseptic transfer systems for more sophisticated drug delivery methods and traditional suspension formulations.”

ChargePoint’s powder transfer solutions are coupled with after sales support in the form of its AfterCare service and maintenance packages, something that is still relatively new in this sector. It is this market need for ongoing maintenance and support services that has also led to the development of ChargePoint’s smart monitoring technology, VERIFI.

Having achieved HazLoc (Hazardous Area) certification for VERIFI, the company can now support customers in North America by providing real-time data on the use of its split butterfly valves (SBVs) to ensure the correct maintenance and operation of the valve.

Although expanding into North America was a clear strategic decision for ChargePoint Technology, it has not been without its challenges. The company has worked hard to develop its presence within this territory. By expanding its US team, ChargePoint’s North American customers can be serviced quicker and easier within their time zones and by a team who are on the ground. This is an important factor in terms of achieving success in the US market as customers need ongoing consultancy and support to ensure they get the most out of their containment and aseptic processing solutions.

The company’s vast product range, coupled with its AfterCare support, means it is ideally placed to meet the increasing demand for safe containment and aseptic transfer solutions in North America.

In addition, the use of split butterfly valve technology is growing in popularity in other industries such as chemicals, metal powders and biopharmaceuticals, as it can offer an alternative to more cumbersome and costly containment techniques.

Another organisation with an established footprint in the US, Almac is proud of its global reputation for excellence — built during 50 years of client service, delivering expertise right across the drug development lifecycle and offering a tailored solution to each of its 600-plus clients. In addition, it performs some of its own R&D activities, mainly focused on oncology products, predictive tests and biomarker discovery and development.

When looking at the reasons behind Almac’s business development success, it comes down to partnerships and quality. Having its North American headquarters located outside Philadelphia, PA, and operating five facilities across the US, the local teams have an opportunity to forge close relationships with the top pharmaceutical and biotech companies in a mutual quest to advance human health. And, as a result, the company’s global growth is at an all-time high. In 2014, Almac contributed — in some part during the pharmaceutical lifecycle — to 25% of the FDA’s approved new molecular entities (NMEs). In 2016, it doubled that for a combined impact of 50% of all FDA-approved NMEs.

Significant increases in client demand drive Almac’s long-term investment, while both start-up and top-tier biotechs continue to flourish, allowing them to support contract manufacturing across their clients’ pharmaceutical lifecycles. “The advantage of Almac’s unique culture to deliver exceptional solutions to every project and partnership is critical … and the US serves as a strong marketplace for it to continue working alongside its customers,” says Tom Moody, VP of Technology Development and Commercialisation.

Offering some words of guidance, Kath Darlington, CEO, Scott Partnership Holdings, suggests a couple of tips that have held them in good stead when working in and with the USA:

“One memory stands out from that course,” reminisces Kath: the lecturer advising the optimistic CEOs in attendance that “you are going to get slaughtered!” A major part of the Kellogg course (and the MBA they offer) is negotiation.3 Culture and “understanding the other side” is a key part of how to negotiate. In reality, notes Kath: “The US is probably the one market wherein it’s possible for everyone to get a slice of the pie … and the open-minded approach to success within that culture means that if you go for it, it is to be applauded.”

With more than 20 years of experience and having more than 75% of our customer base headquartered in USA, our local expertise means that we can always help UK and European businesses to navigate local behaviours in North America that we take for granted.

NB: This article will appear in the March 2019 issue of Manufacturing Chemist. A recent digital edition is available online.

Part I of this article is available here.