With major multinationals paying a high price for illegal and corrupt market activities, Paul Henty and Rory Ashmore, of legal firm Speechly Bircham, review the underlying causes and the risks

In jurisdictions across the world, the pharmaceutical industry has come under the scrutiny of inquiries and legal actions involving the application of Competition Law. This summer has seen an upsurge of antitrust activity. A host of regulatory investigations and lawsuits have been commenced against pharma industry players and (in some cases) fines levied in the EU and US.

Competition Law or ‘antitrust’ is a system of law that aims to protect and regulate competition within the economy. Almost all jurisdictions of the world now have their own version. One aspect of the law relates to anticompetitive agreements and cartels. Under EU Law (Article 101 of the EU Treaty) and UK Competition Law (Chapter I of the Competition Act 1998), it is unlawful for parties to participate in any agreement or arrangement that has the object or effect of preventing, limiting or distorting competition.

It is also unlawful for any undertaking in a dominant market position to engage in unilateral conduct to the detriment of competition within the market. The rules on dominance, set out in Article 102 of the EU Treaty and Chapter II of the Competition Act 1998, are frequently applied to pharmaceutical manufacturers that have become market leaders in their industry segment.

The penalties for infringement are harsh. Regulatory action can result in fines of up to 10% of worldwide, group turnover. Agreements found to be anti-competitive are void and unenforceable before the courts. Any party that is guilty of anticompetitive behaviour may also be sued for loss or damage suffered by victims of that behaviour. In the US, this has spawned numerous lawsuits against pharma companies.

Intellectual property (IP) and Competition Law are frequently uneasy bedfellows. Patents, for example, aim to reward innovation by granting inventors a monopoly of 20 years (in the UK and European Economic Area) to produce and innovate within the scope of their invention. Competition Law, on the other hand, looks to promote rivalry, in the view that this in itself is the way to produce better products and innovation, at the same time as driving down prices. The EU Commission has said that in some cases, the emergence of generic alternatives has driven down prices by as much as 90%. Issues often arise around the time of a patent’s expiry, when an owner will look to protect its patent-derived profits beyond the strict duration of the IP right.

IP is essential to the protection of value within the pharma industry. Large companies fear patent expiry, the point at which patents reach the date of their legal expiry and other companies are free to replicate their drugs and produce alternatives that use the same proprietary processes.

It is in this context that ‘pay for delay’ deals have arisen. Such deals are arrangements concluded between Big Pharma and producers of generics. Typically, generics producers receive a payment for delaying the sale of alternatives to a drug whose patent protection has ended. Such arrangements cause a competition law problem. Their principal object is to remove competition for particular drugs, thereby maintaining artificially high prices for the originator. For these reasons, they have attracted harsh penalties. 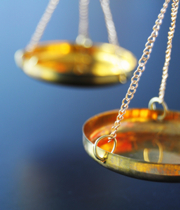 The most recent case was in June 2013. The EU Commission imposed a fine of €93.8m on Danish company Lundbeck and fines totalling €52.2m on several producers of generic medicines for pay for delay deals reached in relation to citalopram, a blockbuster antidepressant, which was one of Lundbeck’s best-selling products at the time.

The generic producers agreed with Lundbeck in 2002 not to enter the market in return for substantial payments and other inducements from Lundbeck amounting to tens of millions of euros. Internal documents refer to a ‘club’ being formed and ‘a pile of $$$’ to be shared among the participants. Lundbeck paid significant lump sums, purchased stocks of generics for the sole purpose of destroying them, and offered guaranteed profits in a distribution agreement.

It is unacceptable that a company pays off its competitors to stay out of its market and delay the entry of cheaper medicines. The Commission will not tolerate such anticompetitive practices

Commission Vice-President Joaquín Almunia, in charge of competition policy, said: ‘[It] is unacceptable that a company pays off its competitors to stay out of its market and delay the entry of cheaper medicines. Agreements of this type directly harm patients and national health systems, which are already under tight budgetary constraints. The Commission will not tolerate such anticompetitive practices.’

The UK Regulator is investigating similar deals affecting the UK market under the Competition Act 1998. In April 2013, the Office of Fair Trading announced that it has opened an inquiry into patent settlement agreements reached between GSK and Alpharma Ltd, Generics (UK Ltd) and Norton Healthcare, under which the latter three allegedly agreed not to produce alternatives to GSK’s antidepression drug, paroxetine.

Pay for delay deals are often concluded under the guise of ‘patent settlements’, a fact revealed by the EU Commission’s 2009 inquiry into the pharma sector. A settlement agreement is one under which a claim for infringement of a patent is settled and a lawsuit avoided. The same inquiry found that the patent and authorisation system in the EU was hindering market entry and patients and health services were affected by higher prices (to the tune of approximately 20%, which is what it was estimated would have been saved on average as a result of swift generic entry) and much reduced innovation.

For this reason, the Commission has maintained a close watch on patent settlement agreements and publishes an annual report that details findings of this supervisory activity. Patent settlements have been on the rise, although many of those concluded do not cause a problem from an antitrust perspective.

Originators have resorted to other unlawful means to stifle competition. In a number of cases, originators of popular drugs have deliberately withdrawn original versions from distribution channels within national health systems after their patent protection has expired.

For example, in 2010, the Office of Fair Trading (OFT) fined Reckitt Benckiser (RB) £10.2m for abusing its dominant market position to restrict competition in the supply of heartburn medicines. The household products maker withdrew the original Gaviscon from the NHS in 2005. Doctors who searched for ‘Gaviscon’ on the NHS prescription system were then prescribed Gaviscon Advance Liquid (which was still subject of patent protection).

This happened after Gaviscon’s patent had expired, but before a generic name had been assigned to it. This meant that prescriptions were issued for Gaviscon Advance, rather than pharmacists being able to choose a cheaper generic alternative. Pharmacies that received prescriptions for Gaviscon Advance Liquid were obliged to dispense it, as it was patent protected and there were no generic equivalent medicines. In most cases where patients were prescribed Gaviscon Advance, Gaviscon Original would have been perfectly sufficient (had it been available to prescribing doctors).

Legal action against RB did not stop there. In 2011, claims were lodged at the UK High Court by all 10 Strategic Health Authorities and 144 Primary Care Trusts in England, as well as the Secretary of State for Health.

In June 2013, the Competition Appeal Tribunal announced that claims have been filed against RB by two generics manufacturers. These manufacturers argue that they have suffered a loss of profit from RB’s anticompetitive conduct. In this case (unlike the pay and delay cases), the generics companies positively wanted to enter the market with cheaper products. They allege they could not, as RB’s actions had effectively prevented pharmacists from choosing generic equivalents to Gaviscon.

Pay for delay is clearly illegal, and competition watchdogs are keeping a keen eye on patent settlement agreements

There are two clear messages that arise from these recent cases. Pay for delay is clearly illegal, and competition watchdogs are keeping a keen eye on patent settlement agreements. Consequently, industry players must be alive to competition law issues when considering entering into such an agreement and must take advice from a competition law advisor. Where rivals have genuine differences around the scope of patents, there may be legitimate reasons for a settlement agreement to avoid litigation.

Where, on the other hand, the settlement is a pre-emptive means of avoiding or limiting competition among themselves, it is likely to contravene the law. Furthermore, clauses in settlement agreements not to challenge the patent in the future are, in particular, problematic if the patent-holder knows or should have known that the patent does not meet patentability criteria, for example because the patent was granted following the provision of incorrect, misleading or incomplete information.

An overriding consideration is whether or not, in the market for the type of medicine concerned, it occupies a position of market power

The Reckitt case illustrates how care is needed when a producer decides to withdraw a product from a channel of distribution. An overriding consideration is whether or not, in the market for the type of medicine concerned, it occupies a position of market power. This is a detailed exercise that requires an assessment of all of its drugs in that particular market space as well as alternatives.

If a producer is dominant in the affected market, special care will be needed before removing any of its product range. The producer will need to be able to show that the withdrawal is justified by a legitimate commercial objective (such as where it was selling drugs at a loss, due to a lack of demand). Cases have shown, though, that the protection of margins after a patent expiry is a far less legitimate objective.

These cases clearly highlight the importance for firms to ensure compliance with Competition Law to avoid costly regulatory action, as well as litigation. The UK claims against RB (and a number of similar lawsuits in the US) also show how firms may use the law to recover loss and damage suffered from unlawful anticompetitive conduct.

This article has highlighted only some of the areas where competition law affects the industry; others include distribution agreements, licensing, refusal to supply, preventing parallel imports and obtaining and maintaining intellectual property rights. The overriding message must be that when engaging with suppliers, customers or rivals, manufacturers must be vigilant to issues of Competition Law. Seeking advice without delay can avoid having to pay large fines, damages or the inflated prices of dominant or collusive suppliers.