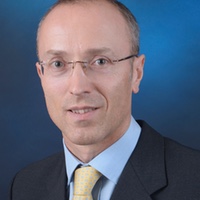 The Specialty Products Division of DowDuPont announced that Senior Scientist Philippe Horvath has been awarded the Franklin Institute’s prestigious 2018 Bower Award and Prize for Achievement in Science.

Horvath will be honoured for groundbreaking research on CRISPR-Cas during a ceremony in April 2018 in Philadelphia, Pennsylvania.

Beginning in the early 2000s, Horvath and colleagues initially utilised CRISPR for bacterial identification, then for its ability to improve the resistance of starter culture strains against bacteriophage attack.

The discoveries opened new research avenues and laid the groundwork that inspired numerous scientists to pursue the CRISPR field.

Based at the DuPont Nutrition & Health site in Dangé-Saint-Romain, France, Horvath already has been honoured with three of the world’s leading science awards: the 2015 Massry Prize, the 2016 Warren Alpert Foundation Prize and the 2016 Canada Gairdner International Award.

“DuPont congratulates Philippe on this wonderful recognition. We are proud of the achievements made by Philippe and the entire CRISPR team at DuPont.”

“It is a great testament to our company’s heritage in scientific innovation and the incredible work that has been done to advance new ideas and solve some of the world’s biggest challenges,” said Alexa Dembek, Chief Technology and Sustainability Officer for the Specialty Products Division of DowDuPont.

“The early discoveries made by Philippe and team opened new areas of research and opportunities to use CRISPR-Cas in a range of scientific fields.”

“I am deeply honoured to be selected by the Franklin Institute for the pioneering work our team has done,” said Horvath.

“Our findings, which were focused on the natural CRISPR-Cas system, will continue to have a significant impact in the fight against viral infections during food fermentations and are finding new applications in tools for genome editing, including opportunities in plant improvement and gene therapy.”

DowDuPont is a leader in the CRISPR area, with about 60 patents and applications and more than 30 published scientific articles and book chapters.

The company leverages CRISPR in at least two distinct ways,

DuPont scientists were among the first to understand how the CRISPR system works in bacteria. The RNA-guided Cas9 protein is one of several CRISPR-derived tools and differs from the natural CRISPR process used to identify and immunise bacteria.

DuPont scientist Stephanie Kwolek, inventor of DuPont Kevlar aramid fibre, received the Franklin Institute Potts Award in 1976 for her “discovery of technology for spinning fibres of polymers having exceptional strength and stiffness.”