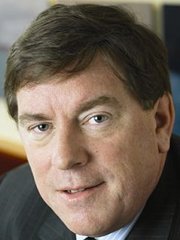 Kelly Martin, Chief Executive of Elan, says the goal is to create a company that achieves sustainable success in the healthcare space

Elan Corporation has struck a series of deals aimed at transforming and taking the company forward.

The Dublin-based pharmaceutical manufacturer has acquired AOP Orphan Pharmaceuticals, a privately owned company headquartered in Vienna, Austria, which is focused on rare and orphan diseases, for €263.5m.

In addition, Elan could gain potential milestone payments of up to €270m on the filing and acceptance of AOP’s late-stage clinical programmes.

Elan has also paid US$40m to take a 48% share in Newbridge Pharmaceuticals, a privately owned start-up specialist pharmaceutical company headquartered in Dubai, UAE, and with operations in Africa, the Middle East and Turkey.

Elan has the option to purchase the remaining stake in Newbridge by 2015 for $244m and has appointed two directors to Newbridge’s board.

In a third move, Elan will take an 18% minority equity position in Speranza Therapeutics, a new private and independent Irish company, in an investment of $70m (plus up to a potential future $8m) to progress the development of ELND005 (scyllo-inositol), for the treatment of agitation/aggression in Alzheimer’s disease and Down Syndrome.

A third party equity financial partner will also commit $20m to take a 62% equity position (plus up to a potential future $2m) in Speranza. The remaining 20% equity will be allocated among Speranza management.

The divestment of ELND005 to Speranza will allow Elan to eliminate the operating activities associated with the development of the drug (2013 spend is estimated at approximately $80m), while at the same time retaining a share of the potential success of the drug.

‘Our proposed package of transactions is designed to create a balance of risk (science, molecules, regulatory and reimbursement) with the benefit of diversification (therapeutics, geographies, science and operational constructs) to produce long-term growth in income and value,’ said Kelly Martin, Chief Executive of Elan.

He added that Elan’s goal is to create a company that ‘achieves distinct and sustainable success in the healthcare space’.

Hans Peter Hasler, Elan’s Chief Operating Officer, said: ‘AOP Orphan and Newbridge Pharmaceuticals together create a highly unique business platform. The geographic markets in which they operate are characterised by underlying growth and demand for healthcare products, broad economic development and increased patient and caregiver knowledge in disease areas such as oncology, cardiovascular-pulmonology, haematology, gastroenterology, neurology and a variety of rare and orphan diseases.’

In accordance with the Irish Takeover Rules, Elan will hold an Extraordinary General Meeting (EGM) on 17 June to obtain the requisite shareholder approval.