He was promoted to Chief Operating Officer in March 2013 and to President in July 2014.

Before joining G-CON, Jornitz was a Senior Vice President at Sartorius Stedim where he managed their global bioprocess product and marketing management.

His career at Sartorius spanned more than 25 years. 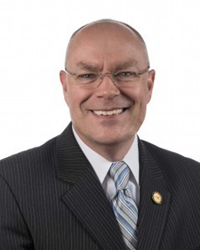 David Shanahan, Chairman of G-CON’s Board of Directors said: 'Since Maik joined G-CON Manufacturing, he has advanced our business as the global leader for prefabricated cleanroom systems and broadened both the reach and quality of our product portfolio. He has created highly valuable partnerships, which excel and support G-CON, but most importantly serve our customer base in a better way.'