Hyponatraemia is a problem in patients with heart failure as it causes cells to swell and affects blood pressure. Antagonising the vasopressin V2 receptors on the renal collecting ducts could improve symptoms

Hyponatraemia, the metabolic condition where a patient has insufficient sodium outside their cells, is a real problem in patients with heart failure. Fluid moves inside the cells to balance salt concentrations, causing the cells to swell and affecting blood pressure.

The non-peptide hormone arginine vasopressin, produced by the hypothalamus and stored in the pituitary, is involved in water homeostasis, as well as osmolality and blood volume control. The vasopressin V2 receptors on the renal collecting ducts are responsible for its antidiuretic effects, and by antagonising these receptors hypo-natraemia symptoms should be improved. Such an agent, lixivaptan, is being developed by Cytokine in collaboration with Biogen Idec.1 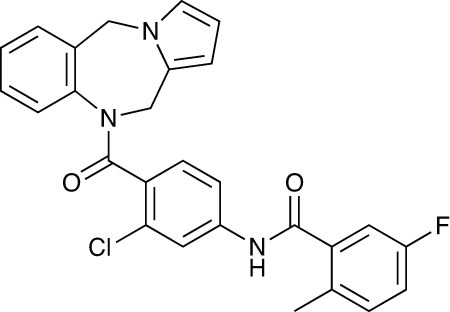 In a Phase II randomised, double blind, placebo-controlled clinical trial in 42 patients with chronic symptomatic heart failure, all patients received a single blind dose of placebo the day before the trial started.2 On day 1, they were then given placebo, or the drug in doses ranging between 10 and 400mg. A dose-related increase in urine volume was experienced by all patients given lixivaptan doses greater than 10mg, and it was still significantly higher after two hours for doses of at least 30mg. Urine volume was 1.8 litres with placebo, and 3.9 litres with the drug at the highest dose in the first day after dosing. Reductions in urine osmolality were dose-dependent.

In another, double blind and parallel group, Phase II trial, 170 subjects with heart failure, most of whom were already on a standard drug regimen, were given 100mg lixivaptan or placebo once a day in addition to standard heart failure therapy for eight weeks.3 Body weight decreased significantly for those given the active, and it also improved dyspnoea and orthopnoea. It was well tolerated, with thirst and polyuria more frequent in the lixivaptan group. Phase III trials are under way.