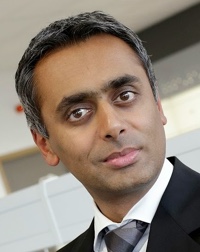 Dr Nikin Patel, President at Juniper: 'We are very pleased to have secured this project with PharmAust'

Juniper Pharma Services is to reformulate monepantel (MPL) for PharmAust as part of the Australian firm's Phase II studies currently in planning and preparation.

The contract development and manufacturing organisation (CDMO) will also manufacture 20,000 capsules of the reformulated MPL solution under GMP, ensuring that the Phase II clinical data are admissible to regulators as part of any subsequent submissions.

The primary reason why MPL needs to be reformulated stems from the particularly unpleasant taste of the current formulation, as used at the Royal Adelaide Hospital during the Phase I study. In spite of showing significant activity of MPL on tumour markers such as p70S6K and p-4E-BP1, compliance by patients in taking the drug for 28 days was poor because of the nausea associated with its poor palatability.

Dr Roger Aston, Chairman at PharmAust, said: 'We expect the reformulation process to take about 12 to 14 weeks, which gives us time to prepare clinical trial submissions to regulatory bodies based on the capsule format.

'We have shown that oral MPL is effectively absorbed in humans and canines yielding blood levels of the drug which have demonstrated both safety and activity against key tumour markers.'

With a track record of helping pharmaceutical companies develop and produce oral and topical drug products for clinical trials, Juniper Pharma Services says it is able to optimise formulation performance through its science-led approach to projects.

Juniper Pharma Services' President Dr Nikin Patel, said: 'We are very pleased to have secured this project with PharmAust as it further demonstrates our specific expertise in assisting companies from across the globe in reformulating and manufacturing products such as capsules for clinical trials.'

Juniper Pharma Services’ GMP clinical manufacturing capabilities are based at its site in Nottingham and cover topical and oral dosage form products.