Using a digital replica of the manufacturing process, the pharmaceutical industry is exploring the ability of virtual technology to improve the efficiency and agility of the production chain and expedite time-to-market 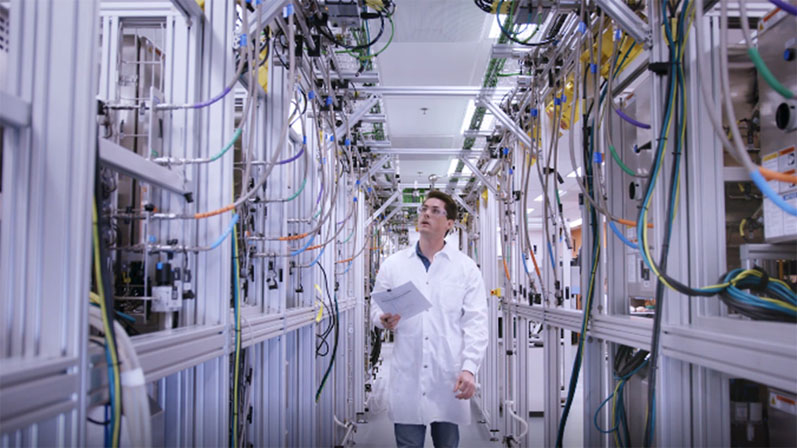 Having discussed the general benefits of digital twins in part I and looking at some of the Big Data issues, I ask Matt about any regulatory concerns.

The pharmaceutical industry is often unfairly referred to as being conservative, but that’s just a side-effect of being so highly regulated. However, making changes and adopting new technologies can be a difficult, cumbersome process.

Commenting on how the industry is adapting to digital twins, Matt says: “At GSK, we’ve done this pilot and we’ve taken it to a place whereby we know it can be scaled-up to production levels."

For us to take this vision to where we want to get, we recognise that it’s an absolute requirement to get buy in from the regulators. Fundamentally, patient safety, security, etc., are and always will be priority number one. But, to continue our journey, we need to have conversations about what this means from a regulatory perspective. That’s the process we have to work through.”

“One of the main benefits we’ve seen with the twin, though, is the ability to better understand the concept of quality and, as a result, minimise variability during the manufacturing process." 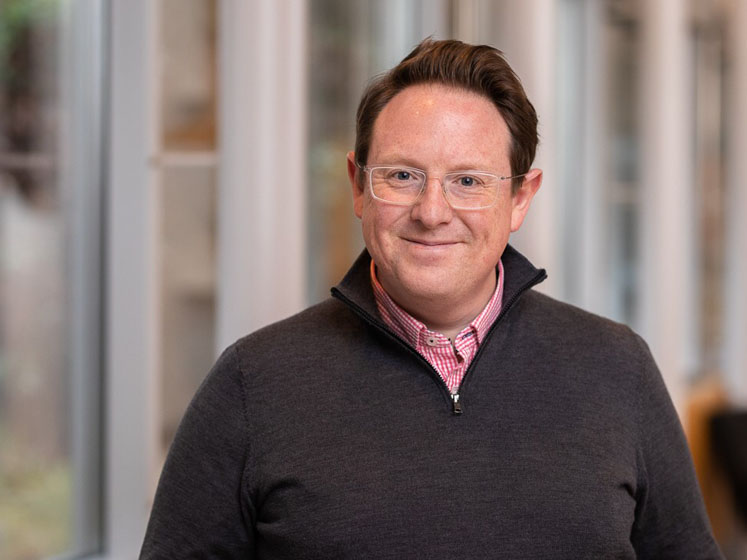 "Therefore, if you look at it in terms of reducing variation during production based on a better understanding of quality, that’s not a bad place to be from a quality assurance and regulatory perspective. And that’s something that we’re addressing with our partners.”

Although I imagine that the implementation of digital twin technology has been in the pipeline for some time, I ask Matt whether the COVID pandemic accelerated its use or shone a more powerful spotlight on its applications in recent months.

“GSK is a multiplatform vaccine and pharmaceutical company and, yes, the pilot tests were already running when the coronavirus took hold. That’s not to say that the pandemic specifically ramped up with work with this twin, but it did enhance the willingness to consider these sorts of technologies as a potential future option for us."

"It’s another big data point to say that the industry is changing and demand for vaccines is not going to diminish, so these capabilities are going to be even more important to us in the future. As a company, it’s certainly part of our long-term strategy to use this type of technology whenever possible.”

“To expand on that, there will no doubt be educational and remote training opportunities if you think of digital twins as a generic concept. What we’re doing, though, is using them to better understand process control."

Yes, you can use a twin as a simulator, and that's something we've considered. Ultimately, yes, we should be able to train and guide people better in a manufacturing setting based on the increased knowledge that the use of these twins gives us in terms of process optimisation.”

“There are many different angles to work that imply and describe the benefits of digital twins. What we’re focusing on right now is how we maximise that value. As with any digital transformation, one of the biggest challenges is actually making it real and taking it to a point when people truly buy into it and see the potential." 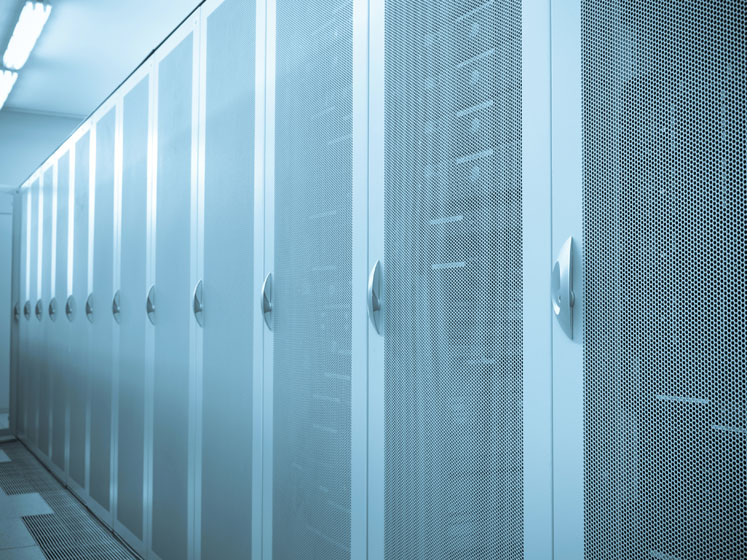 "The whole point of this pilot and the work that we’re now doing is to deliver that proof point. With a higher level of credibility or belief in the system, there’s more opportunity to leverage this capability. Now it’s just a case of how and when, which is really exciting.”

Talking about the pilot itself, I wondered whether there were any unexpected discoveries or predicted results that didn’t manifest. Describing the work as “classic innovation,” Matt assures me that, “as with any programme of experiments, not everything goes to plan ... and there are things that go better than expected."

"Fortunately, everyone involved — Siemens, Atos and ourselves — believed in the outcome or, at the very least, the potential of the outcome, and what that’s done has allowed the team to remain focused and work through any ups and downs."

"I mean, we did develop this during a pandemic; but, the fact that we stayed on track and remained committed is a demonstration of the team’s belief in the project and its applications in both batch and continuous manufacturing.”

“We built the twin to control each unit operation and the connection between those activities. As such, it’s a fully integrated end-to-end process twin that can improve the reliability of supply. It’s very much connecting everything together and understands the interdependencies between those operations, which then allows for adjustment to be made.”

The game plan, according to Matt, is to revolutionise how vaccines are developed using digital twins. "Having collaborated with Atos and Siemens, we’ve collectively taken an idea of manufacturing an active ingredient particle and progressed that from the laboratory to a production-scale setting with end-to-end process control."

"For us, that’s a really big step forward in understanding the value that these twins could add, both in a research and manufacturing environment. And, it’s a huge signal for us to continue the work that we're doing, get behind this technology and drive it forward.” 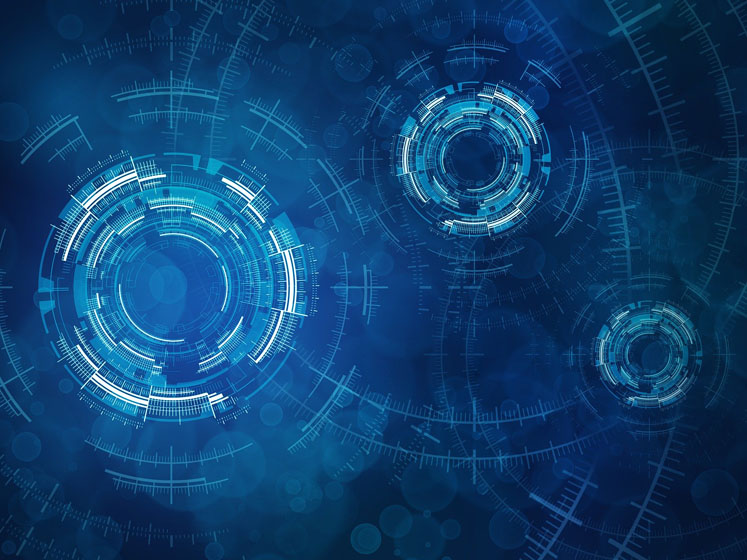 Perhaps even to a stage when you could theoretically take a digital twin-designed drug candidate and trial it in a virtual patient? “I don’t want to talk too far beyond my sphere of understanding,” concedes Matt, “but I find that, sometimes, if you take a big-perspective view of the world, there are some pretty big indicators out there."

"As such, I would be astonished if the use of modelling and simulation in the pharmaceutical industry does not continue to drive forward at pace. And, for me, if you can simulate something, you can model and experiment with it. With a digital twin, you can add the value that you want and, with that in mind, I’d say that nothing is off the table.”

“And although we talked about small-scale manufacturing earlier, what this technology, the work we’ve done here and the understanding we’ve developed has shown is that we may well be able — and need — to scale-down processes as opposed to scaling them up, which would certainly facilitate tech transfer between manufacturing sites."

"Therefore, it might give drug developers the opportunity to do more research, more manufacturing, etc., in different places. We might actually be looking at a converse situation.”

In conclusion, I suggest that, buoyed by recent successes and the incredible work that has been done by both big and small pharma in recent times, the industry has been re-energised and we’re seeing an uptick in innovation.

“At a personal level, I think everybody who works in pharmaceuticals wants to feel like they’re making a difference. And if ever an illustration was needed, the way that drug manufacturers have responded to the pandemic has been outstanding. I’m proud to be part of an industry that has genuinely made an impact and is demonstrably helping people to live, thrive and survive.”