Multiple sclerosis is the commonest form of neurological disability in young adults, but the precise cause is unknown and there is a lack of effective treatment. For some patients, a degree of success is achieved with interferon beta, natalizumab or glatiramer acetate; they can slow the course of the disease but are not cures. Also, they all have to be parenterally administered, and no oral treatments have been licensed.

A potential oral drug, BG-12, or dimethyl fumarate, is being developed by Biogen Idec.1 Fumarate esters have long been used as psoriasis treatments, and dimethyl fumarate is a component of Fumaderm, used to treat psoriasis in several European countries. Its mechanism of action is unknown, but it may increase the levels of reduced glutathione, decreasing the expression of genes dependent on NF-kB which regulate a variety of inflammatory chemokines and cytokines. This immunomodulatory activity may be useful in treating MS. 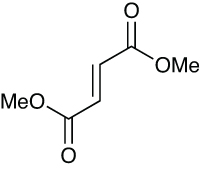 In an exploratory open label study in 10 patients with relapsing remitting multiple sclerosis, subjects were given doses of 720mg a day for 18 weeks, followed by a four-week washout and then a further 48-week treatment period, during which they were given 360mg/day.2 There was a significant reduction in the number of Gd+ enhancing lesions on MRI, and the effect continued into the second phase of treatment. Immunological markers were also improved, including a small increase in interleukin-10 and increased apoptosis in CD4+ lymphocytes.