In vitro genetic testing offers an ethical alternative to animal testing, which is also cheaper, faster and more reliable 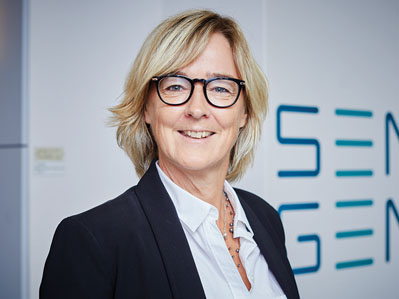 Senzagen is a spin-off company from the University of Lund in Sweden. Their technology can determine the allergenicity of chemicals such as cosmetics, pharmaceuticals and industrial chemicals, removing the need for animal experiments. Dr Kevin Robinson recently caught up with Dr Anki Malmborg Hager, Chief Executive Officer, to find out more.

Anki has been CEO of Senzagen since its inception as a skin allergy test company. The impetus to start commercial operations was the ban on animal testing in the cosmetics industry, which was implemented in 2013 throughout the European Union (EU).

As an alternative, Senzagen uses an in vitro platform known as GARD (Genomic Allergen Rapid Detection) for the safety assessment of chemicals.

Cell cultures are used as a model of the human immune system, which, compared with harmless substances, reacts to allergenic stimulants. Hazardous agents can be classified according to their properties by evaluating genomic biomarker signatures. These represent the various activated mechanisms in dendritic cells as they respond to foreign substances.

“The thinking behind it was that if you were to replace a test animal, which is clearly a complex system with blood and organs, it may be possible to use one or two known biomarkers; but, really, you need a more holistic approach to model the entire allergic response within the body,” explained Anki.

“An holistic view means that we are looking at the entire human genome to see what the reactions are that cause the allergy. We started looking at the 25,000 genes that we all have in our bodies and used machine learning or artificial intelligence (AI) to identify a significant number of signals that could mirror the entire body’s response to a particular reaction."

"In the case of skin sensitisation, 200 genes are used. We realised that this type of thinking and this technology can be used, theoretically, for any end point as long as you have the chemicals and the power of AI to train your method.” She adds: “One of the consequences of taking a more holistic approach to the technology and working with human cells and the human genome is that it is much more accurate than animal testing."

"An animal does not replicate reactions within a human. Because we are looking at so many parameters within the test, the results are very reliable. We blindly evaluated chemicals in three labs and had an accuracy of 94%; the equivalent number for animal testing was 75%.”

A technology of its time

I suggested that this concept is a technology of its time, and Anki agrees: “The EU programme started in 2005, so much of the work was performed between 2005 and 2010. But there are a number of things that we needed to do to develop the technology."

"The collaboration of scientists involved in the study of immunology and allergies at the University of Lund was clearly vital … but we were also dependent on the sequencing of the human genome, machine learning and advanced computational capabilities that allow the processing of huge amounts of data. The work really started 10 years ago when all of the necessary pieces of the jigsaw became available.” 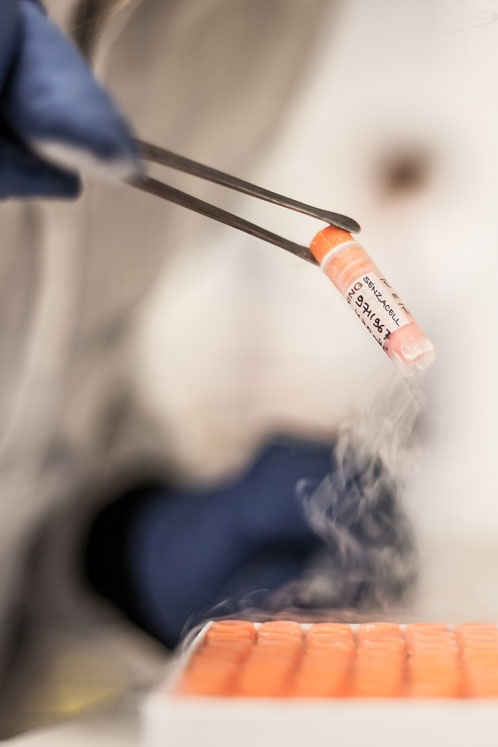 Use in pharma and occupational health

The driving force to use the company’s solutions in the pharma industry is not actually a potential ban on the use of animals, as in cosmetics, but the possibility of early screening for adverse effects to get rid of the really bad guys early on, which could potentially result in significant savings in both costs and time.

“At the other end of development in production, occupational health is very relevant to identify skin and respiratory sensitisation to ensure that workers are protected. It is important to identify possible adverse effects in a manufacturing process. During a chemical synthesis process, there are many intermediates that can be dangerous; it’s not just the end product that’s of interest,” notes Anki.

“As such, we have been working closely with AstraZeneca regarding respiratory sensitisation and irritation tests; at the same time, they have been supporting an EU Horizon 2020 programme, which is now in its last phase. We are also collaborating with other pharma companies that have agreed to copublish our findings, which shows that there is a significant amount of interest out there.”

“The return to topically applied drugs makes the technology of relevance to the industry, but we are also interested in systemic effects and the exact mechanisms of reactions in skin, which are still not really known. This makes it appropriate for all types of drugs. We are looking at the intrinsic risks in particular chemicals, essentially risk assessment and likely outcomes in individuals in terms of personalised medicine, although that’s still somewhat theoretical and not at priority at the moment,” she says.

"This is a model that many pharma companies are used to. We hope to reach out to as many customers as possible and as many industries as possible. We don’t want to change the behaviour of customers but rather to offer GARD as an alternative, which companies will use because of the advantages that it offers compared with traditional methods,” Anki explains.

“We have a licence agreement with a lab in Germany and another in the US, and are currently seeking more partners. Our long-term goal is to have our technology available from the major contract labs in the world. The medical device industry and chemical industry are also targets.”

“There is now more of a push within the drugs industry to avoid animal testing whenever possible,” observes Anki, adding: “Corporate social responsibility policies are encouraging companies to adopt more ethical practices. Investors are also taking an interest and practices must be stated in annual reports.”

Perhaps it’s young people who will drive the move to find alternatives to animal testing, I suggest. Anki laughs and offers: “I have three teenage daughters who have never previously bothered about my work; now, though, they are asking lots of questions and expressing that they are proud of what I am doing. There is a real awareness amongst young people of ethical issues and they have the power to influence the whole of society.”