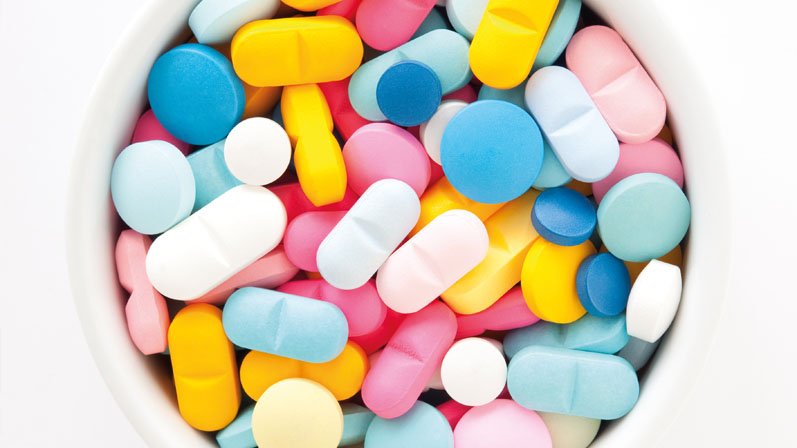 Continuous manufacturing (CM) is a major trend in today’s pharmaceutical industry. Short development times and technological flexibility paired with cost-efficiency during development and production, as well as the creation of constantly high-quality dosage forms, are some of the main reasons for this initiative.1

One key element in CM is the integration of unit operations such as blending, granulation, tableting and film coating. In particular, the coating process needs to be optimised to allow for shorter process cycles without compromising on coating quality.

From a Quality by Design (QbD) perspective, coating functionality and uniformity are potential Critical Quality Attributes (CQAs). Consistently, these parameters require special attention, particularly with respect to polymers affecting drug release; any variation in coating uniformity might result in a deviation from the expected drug release pattern.2

One such example is the use of functional film coating polymers to mask the taste of oral solid dosage (OSD) forms. Taste-masking is typically employed to overcome the bitter or unpleasant flavour of an active pharmaceutical ingredient (API), leading to higher patient compliance and acceptability.

A methyl methacrylate (MMA) and diethylaminoethyl methacrylate (DEAEMA) copolymer (Kollicoat Smartseal) has been designed for such applications (Figure 1). The cationic polymer is insoluble in water at neutral or basic pH values to ensure effective taste-masking in the saliva. At pH values below 5.5 (such as in the patient’s stomach), it dissolves readily, allowing for immediate release of the active.3 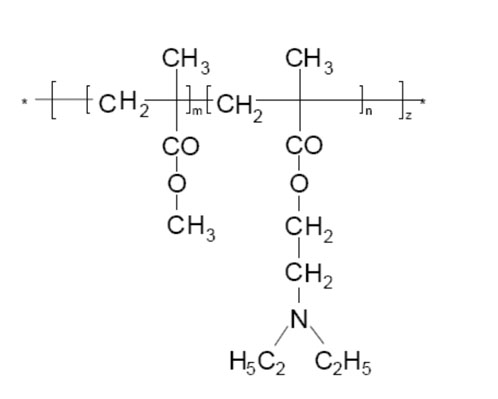 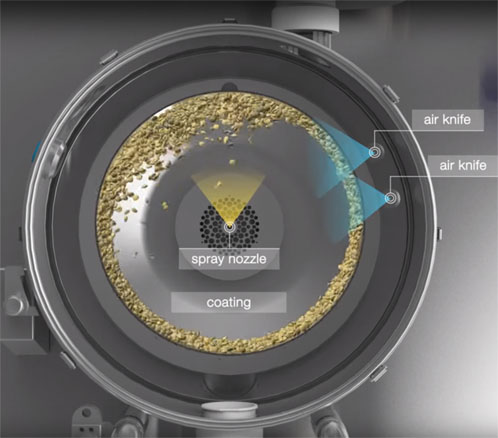 The slightly alkaline, milky white dispersion of Kollicoat Smartseal 30 D was directly formulated with additional excipients (Table I) and applied to the caffeine tablets. In contrast, the powder grade Kollicoat Smartseal 100 P had to be redispersed in water by adding an organic acid (succinic) before being used.

Figure 2: Design of the GEA Coater used in this study

All aqueous formulations required a plasticiser to reduce the minimum film forming temperature (MFFT) of the polymer (~57 °C) and to decrease the brittleness of the film formed.

When selecting a plasticiser, it’s important to consider that some (such as citric acid esters) are prone to hydrolysis in alkaline aqueous environments and may cause the formation of free acid, counteracting the functionality of the cationic polymer.4 In view of this and because of its wide acceptance in the pharmaceutical industry, tributyl O-acetylcitrate (ATBC) was selected for this study.

The lipophilic antioxidant, butylated hydroxytoluene (BHT), was used to stabilise the amino ester moiety of the polymer and thereby avoid any potential yellowing of the film coating with time. Further excipients such as antisticking agents (talc) or colourants (Ponceau 4R HC) were used as listed in Table I.

Organic solutions of Kollicoat Smartseal 100 P were prepared with an acetone-isopropanol mixture (1:1). As the film forming mechanism of a polymer dispersed in water and the film forming mechanism of dissolved polymer is fundamentally different, the need for a plasticiser and other additives had to be tested. Organic Kollicoat Smartseal solutions were tested with the respective formulations (F5–7). 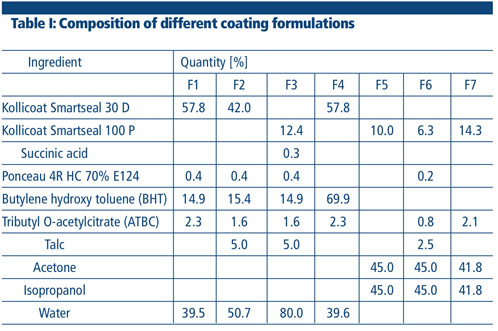 All seven formulations were applied with a solid matter content (SMC) of 20%. Additionally, the aqueous formulations F2 and F3 were coated with an SMC of 30%. Three kilograms of uncoated tablets were fed into the fully perforated coating wheel of the GEA Coater.

The aqueous coating formulations (F1, F2 and F3) contained 0.4% Ponceau 4R HC 70% E124, which was used as a visual tracer to determine the amount of coating applied per tablet. This colourant has a high specific absorption rate in the UV/VIS spectra at 509 nm, whereas the other components in the formulation didn’t interfere with the determination of the colourant.

Samples (n=5) of these tablets were dissolved individually in 200 mL of 0.08 N HCl solution. As the polymer is not soluble in water, but dissolves readily in acid media (pH 5.5 or lower), an 0.08 N HCl solution was chosen for sample preparation.

These samples were passed through a 0.45 µm syringe filter (PVDF or PTFE) and then measured in an Agilent 8453 UV/VIS spectrometer equipped with a 1 cm cuvette. Ponceau 4R HC signals (wavelength 509 nm) could be directly linked to the amount of coating applied.

Owing to its insolubility in acetone/isopropanol, Ponceau 4R HC could not be incorporated as a tracer into the solvent-based formulations (F5 and F7). The amount of applied coating on these tablets was determined by atomic absorption spectrometry (AAS) (ICP-OES Agilent 5100 SVDV) instead.

In addition to the quantification of the coating level on the tablets (content uniformity), the homogeneity of the applied coat (uniformity of thickness) was evaluated. This was done by the visual inspection of scanning electron microscopy (SEM) micrographs.

Using just a single spray nozzle, process cycles of less than 10 minutes were achieved to coat the 3 kg batch at up to levels of 8 mg/cm2. Considering the high spray rates possible with the GEA Coater, even small sampling time variations led to applied coating level deviations.

At the maximum tested weight gain of 8 mg/cm2, a relative standard deviation of 2–7% was found among all tested formulations. Reducing the spray rate had no effect on coating uniformity, neither did increasing the inlet air volume. A temperature of 70 °C is recommended, especially at coating levels of less than 3 mg/cm2.

The coating uniformity of single tablets is shown in Figure 3. Similar film thicknesses were found on top of the curvature and around the edges, even at low coating levels. 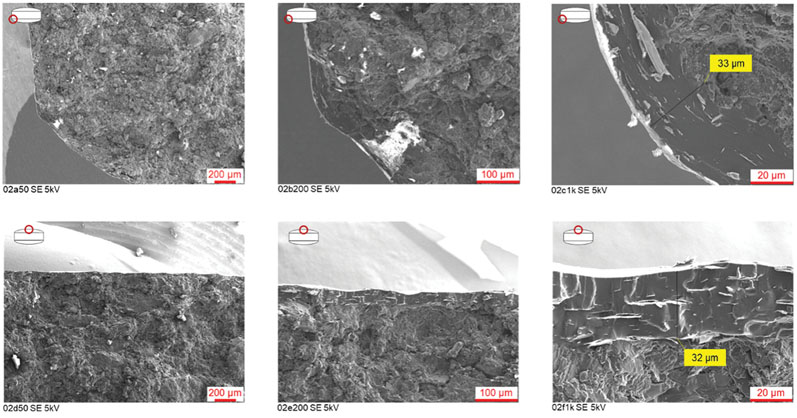 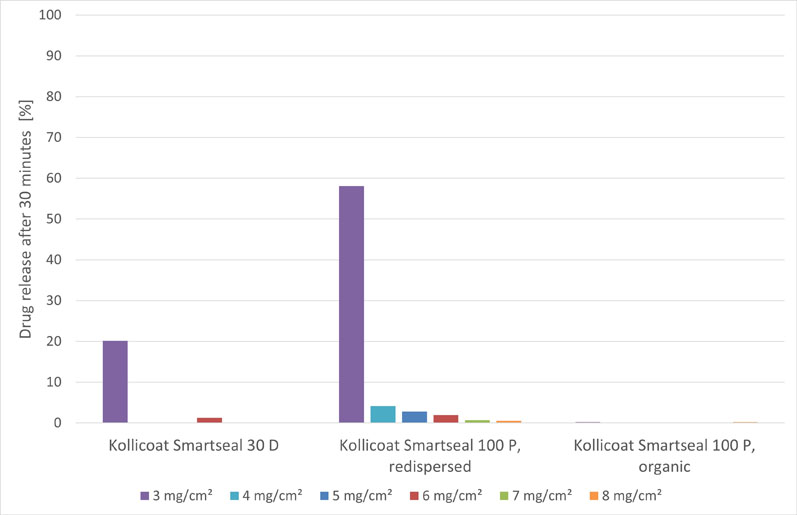 The application of Kollicoat Smartseal based-formulations to tablet cores in a GEA Coater led to a uniform coating layer, independent of the tested parameter or formulation. This was proven for the applied amount of polymer per tablet within a batch, as well as for the coating layer around the individual tablet (SEM).

Any differences between the actual and the target coating level can be attributed to (expected) spray loss and the sampling procedure.

As the spray rate had no impact on the intra-batch uniformity of the applied coating, higher spray rates could be applied to optimise the process time. As a higher inlet air volume didn’t allow for faster spray rates, an inlet air volume of 200 m3/h is recommended for the trials done in this study. Less air consumption contributes to energy and cost savings, and reduces the process’s environmental impact.

All the tested formulations delivered full taste-masking functionality as per the predefined criterion of >30 minutes coating stability in phosphate buffer (pH 6.8). However, differences in performance of the three formulation concepts were seen, particularly regarding the amount of coating required.

This was not unexpected as Kollicoat Smartseal 100 P needs to be partially neutralised to be redispersed. The succinic acid used to do this increased both the hydrophilicity and solubility of the cationic polymer slightly because of salt formation.

Short coating cycles, achieved without compromising coating quality, are a prerequisite in CM. Testing a series of taste-masking formulations in a GEA Coater led to robust processes that delivered high levels of coating uniformity and functionality. Neither altered spray rates nor variations in inlet air quantity affected the coating uniformity within the ranges tested.

To guarantee the best performance of the functional coating, a sufficiently high temperature was required. Varying the SMC had no influence on taste-masking functionality; an SMC of 30% ensures economic processing.

Depending on the rate of release in saliva and on the amount of applied coating, aqueous formulations of the powder grade may still be viable.