Adaptive licensing is being piloted in the EU for orphan drugs. Its progress and other global marketing issues were discussed at the World Orphan Drugs Congress recently in Brussels

Adaptive licensing methods such as those proposed by the European Medicines Agency (EMA) are indeed useful in the development of medicines for rare diseases, Martin Andrews, Senior Vice-President at GSK Rare Diseases, told the World Orphan Drugs Congress 2014 in Brussels, in November. He said that the ‘safe harbour’ dialogue provided for under EMA’s adaptive licensing pilot projects was of particular help. ‘The fact that the discussion can be very open is incredibly valuable when you are exploring an essential pathway,’ he said.

The EMA began inviting companies to participate in March 2014. The main aim of the pilot is to help develop an understanding of how future adaptive licensing pathways might be designed for different types of product and indication, according to EMA. The agency, drug manufacturers, patients’ representatives and other interested parties can explore different options in what it calls a safe harbour environment, considering detailed technical and scientific questions based on concrete examples.

EMA had received 29 applications for the pilot by November 2014, selecting nine for further discussion. One of these will focus on the molecule GSK 2315698, a potential treatment for systemic amyloidosis. This is a rare disease caused by the accumulation of the abnormal protein called amyloid, according to medical research group the Mayo Clinic, based in the US. ‘Amyloidosis frequently affects the heart, kidneys, liver, spleen, nervous system and digestive tract,’ the group explains, adding that severe amyloidosis can lead to life-threatening organ failure.

Between 1,200 and 3,200 cases of amyloidosis are reported in the US each year, according to the US-based Amyloidosis Foundation, while the Centre for Amyloidosis and Acute Phase Proteins of the University College London (UCL) School of Life and Medical Sciences puts the number of cases in the UK at some 600 each year.

With a traditional licensing approach, you can end up with a super-complicated clinical development programme and it would take ages to ever see any result

GSK 2315698 would not be used to treat the condition itself, but to restore the function of the affected organ so the patient can then be treated for the underlying condition, GSK’s Andrews said. ‘With a traditional licensing approach, you can end up with a super-complicated clinical development programme and it would take ages to ever see any result,’ he said. ‘It is also likely to become uneconomic to develop in the first place,’ he added. But using the alternative licensing approach, the initial submission can be based on a biomarker, Andrews said. ‘That would save at least 4–5 years from time to market and it allows us to get this to the patient.’

The plan is to propose adaptive licensing based on a ‘robust clinically meaningful surrogate [endpoint]’ in the population suffering amyloidosis. This would be paired with the commitment to follow up and investigate how this translates into long-term survival. ‘The defined nature of target population would allow for a focused initial indication,’ Andrews explained, noting that treatment in specialised centres would facilitate this. ‘This population would provide solid evidence to guide further development.

‘We are looking to file with a single phase III [clinical] trial study using validated surrogate markers,’ he told the Congress. The company would then follow up with the patients for safety and survival information. The access to the medicine would be limited to specialist treatment centres and be based on specific diagnostic criteria.

‘There are a lot of opportunities when you think of the mechanism to be used for this product,’ Andrews added, noting that it allows the company to acquire knowledge in ‘a quite systematic way’.

‘It does result in something that is far lower in terms of development costs and makes it much more economically viable,’ he said. ‘What you’re selling at this stage is a promise with a commitment: you get a conditional approval to generate evidence that can demonstrate the value of the product; to date, this is all new ground.’

The concept of adaptive licensing is not universally accepted in all EU countries, but there is a good nucleus for it

There are, however, some caveats to the process of adaptive licensing. The advice received from EMA is not binding: ‘It’s really guidance and collaboration about how we can do this to the best effect,’ Andrews explained. Moreover, the concept of adaptive licensing is not universally accepted in all EU countries, ‘but there is a good nucleus for it’.

And there can also be a disconnection between the health technology assessment bodies and the price for such a medicine, he said. ‘We want to take an approach to pricing that is justifiable – that doesn’t mean that we will be low-pricing things.’

There are more therapies for rare diseases planned for clinical trials in the years to come, the conference heard. One of them is targeting Duchenne muscular dystrophy and it will be tested in clinical trials between 2017–2019, according to George Dickson, professor of molecular cell biology at the University of London. About 20,000 boys suffer from this disorder at the moment in EU, he said. The RNA-based therapy that will be tested has already shown results in animal trials. 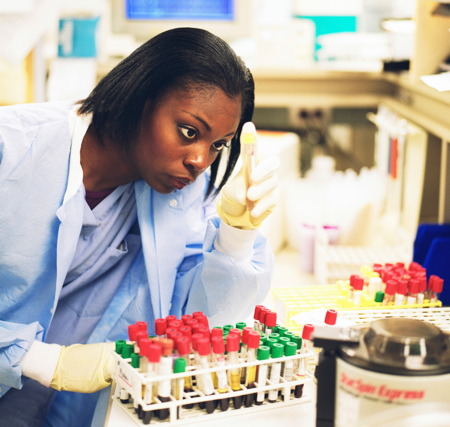 Legislation plays a great role in concentrating efforts and focus on the development of medicines for rare diseases, according to Miriam Gargesi, Director of Healthcare Biotechnology at the biotech industry organisation EuropaBio. She said that the total expenditure from national healthcare budgets dedicated to orphan drugs in the EU went up between 2000 and 2010, after being virtually non-existent in 2000.

This was sparked by the existence, since January 2000, of the EU orphan drug regulation, according to Gargesi. The law introduced a procedure for the designation of orphan medicines and incentives for the development and placing on the market of such drugs. But this does not mean that all the problems have been solved, she warned. In most EU countries, new-born babies are screened for fewer than 10 diseases. And these diseases may often vary from one country to another, as there is no harmonised agreement on the type of conditions babies should be checked for.

‘We believe that a more effective and more harmonised screening can improve the situation,’ she said, which would allow for early intervention against a potential rare disease.

Equal and timely access to orphan drugs is also still not a reality for all EU citizens, Gargesi pointed out. Patients in low income EU countries face long delays for drugs treating their conditions and can rarely afford to relocate to another EU member state to gain access. ‘It’s crucial that we keep the [EU] institutions focused on these issues,’ she said , adding that not all member states have implemented the national plans on rare diseases.

Looking at what is to come in the next year, Gargesi quoted a 2011 study by Carina Schey, Tsveta Milanova and Adam Hutchings, which estimated that in the EU, the orphan drug share of total pharmaceutical expenditure will peak at 4.6% in 2016 and then is likely to ‘plateau’ until 2020. The calculations in the study are based on the assumption that the number of rare disease patients will remain stable between these years, Gargesi said.

The existence of an orphan drug law is an important factor not only in Europe, but also in other countries in the world, especially when manufacturers consider those countries for potential market entrance, according to Bruno Parenti, New Markets Director at Orphan Europe. Part of Italy’s Recordati Group, Orphan Europe is focused on orphan drug R&D.

‘Japan is the market where you must go,’ he said, explaining that the country has had orphan drugs legislation in place since 1993 and the government is also very committed to the issue. There is a 50% government funding in R&D of orphan drugs in Japan and orphan medicine manufacturers then get 10 years’ market exclusivity in the country. ‘But,’ Parenti added, ‘it’s associated with post-marketing surveillance on all patients, which is quite heavy.’

China is not an easy country for marketing an orphan drug, but not hopeless

Meanwhile, in China ‘the feeling is that the Chinese government has now other priorities: mainly the access to therapy to the majority of the population; [and] orphan drugs are not at the top of the agenda,’ Parenti said. However, there are a few orphan medicines present on the Chinese market in major cities such as Beijing, Shanghai and Guangzhou, ‘three cities that have 60 million inhabitants – the size of Italy,’ he added.

Overall, Parenti warned that China is not an easy country for marketing an orphan drug, but not hopeless. ‘It’s possible they will move, but I also have the feeling that this move will take years,’ he told conference delegates.

In another fast-developing Asian country, South Korea, things are moving very rapidly, with an increasing focus on orphan medicines, but rather on the side of cost containment. While there is an orphan drug law allowing for fast registration, there is no market exclusivity for manufacturers, Parenti said. ‘Everybody can come with the same molecule and get an approval in six months.’

And there is another issue: above a certain cap on the number of people suffering from a certain disease the drug is aiming to treat, ‘you are not classified as an orphan drug any more’, Parenti pointed out. The reimbursement procedure is also very long, making it a ‘difficult environment for pricing’.

A small country but described by Parenti as ‘a sort of paradise for orphan drugs’, Taiwan has a very well organised rare disease control and orphan drugs act, he said. The law was issued in 2000 and relates only to genetic diseases, but drugs for rare cancers are therefore not considered orphan, he added.

Another major emerging market, Brazil, is the most complicated for orphan drugs

In Latin America, another major emerging market, Brazil, is the most complicated for orphan drugs, in Parenti’s view and experience. It takes about three years to get an orphan drug approved and currently only one such medicine is reimbursed from the public health scheme. ‘All the rest are going through the issue of constitutional right to health of Brazilian citizens,’ Parenti noted, adding that a patient has to sue the state or federal government to obtain the orphan drug they need.

‘The state then procures the product through the originator or the parallel importer and delivers the product to the patient,’ he said. This process can take between six and nine months.

A similar system is in place in Colombia, where an orphan drug law was ratified in 2010, while Mexico recently introduced a law to speed up the marketing of orphan drugs, ‘but the challenge here is to include them in the social security system,’ Parenti said.