Oxford BioMedica, a UK developer of gene-based medicines and therapeutic vaccines, has appointed James Christie to the newly created role of head of manufacturing. The appointment follows Oxford BioMedica’s recent acquisition of a manufacturing facility based in Oxford, UK from RecipharmCobra Biologics. 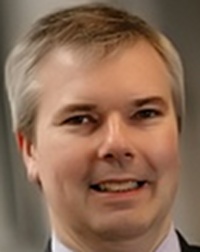 Christie, a senior biopharmaceutical executive with more than 30 years of experience in the industry, was most recently operations director at BTG.

He began his career in the biopharmaceutical industry in 1980 and worked at GlaxoSmithKline, Celltech Group and Centocor, before joining Therapeutic Antibodies in 1998. When Therapeutic Antibodies merged with Proteus International in September 1999 to create Protherics, Christie was appointed to the board with responsibility for manufacturing, quality, process development and technical support operations in Australia, the UK and the US.

John Dawson, chief executive of Oxford BioMedica, said: ‘James’s operational and technical leadership will be instrumental as we bring our recently acquired proprietary manufacturing facility into operation during 2012 and seek to implement improved processes at increased scale for late-stage clinical development.’