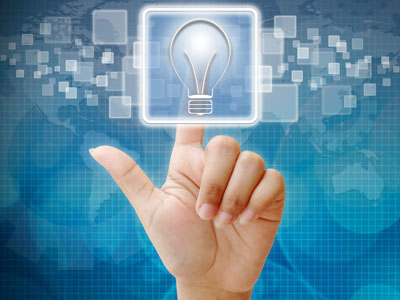 Now, with the use of big data and newly developed algorithms, this is starting to look like a genuine possibility for patients, says GlobalData, a leading data and analytics company.

A study conducted at the McLean Hospital in Massachusetts used a specially developed algorithm to identify which patients may respond best to antidepressants, before they begin treatment.

The study showed that roughly a third of patients would gain some therapeutic benefit from receiving an antidepressant, with those mostly likely to benefit being older individuals, who are characterised as suffering from more severe depression and negative emotionality, who also demonstrate better cognitive control on computerised tasks.

According to GlobalData’s report, PharmaPoint: Major Depressive Disorder, there are several different classes of drugs that are prescribed to patients suffering from depression; however, many of these have poor efficacy or safety profiles which leads to later complications and discontinuation of medication.

Rahael Maladwala, Neurology Analyst at GlobalData, comments: “It is estimated that one in three patients do not respond well to the first antidepressant they are prescribed, and this can lead to difficulties in the future which require medical attention. This puts extra strain on national health services that are already under the pressure of a growing, and ageing, population."

“Studies such as these are just the beginning, as technology improves the hope is that physicians will not just be able to tell whether a patient is suited to pharmacological treatment or not, but which specific medication a patient is likely get the highest therapeutic benefit from."

“Personalised medication is inching closer and closer to becoming a reality and could potentially be commonplace for patients in the next 20 years ... not just for depression and neurology but across all therapy areas."

"This in turn means that patients suffer from fewer complications, treatment failures or adverse events and receive a higher quality of care and reduce the burden on healthcare providers.”

Eli Lilly’s acquisition of Loxo Oncology will result in quick return of investment
BMS' acquisition of Celgene could position the company amongst top five most profitable pharma giants
Drug pricing and reimbursement concerns will remain the leading impediment to industry growth in 2019
R&D returns fall to lowest level in 9 years, says Deloitte and GlobalData
Drug development in neuroimmunology to witness strong growth in the 8MM
Immuno-oncology drug development and personalised medicine will continue to reshape the pharma industry in 2019
GSK and Pfizer deal shows shift in strategy shift to create the leader in over-the-counter products
Bayer receives European approval for haemophilia drug Jivi ... but has stiff competition ahead
Big Data and AI to transform healthcare by driving innovation, growing revenues and increasing operational efficiencies
Global atopic dermatitis market set to reach $18.3 billion by 2027
Pfizer’s palbociclib is the top breast cancer drug used in clinical trials initiated in 2018
Commercial prospects for immuno-oncology development across oncology indications in untapped cancer types or in combinations
Non-small cell lung cancer market projected to be worth $14.6 billion by 2024
Significant advances in diabetes medicine have been made, but many unmet needs remain
Sandoz abandons US development of Rixathon