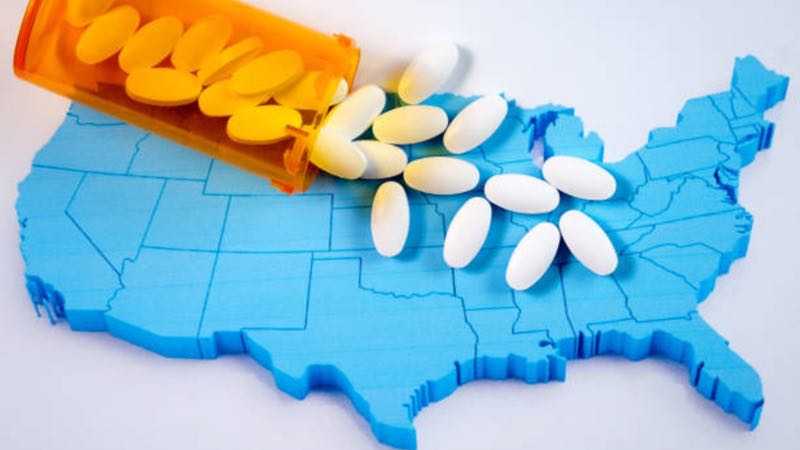 Opioid crisis: Court cases have been filed in more than 1,500 cities

Purdue Pharma is exploring filing for bankruptcy, Reuters, Bloomberg, and The Wall Street Journal have reported. The move is said to address significant liabilities from about 2,000 lawsuits claiming the drugmaker contributed to the fatal opioid crisis in the United States. Court cases have been filed in more than 1,500 cities.

Purdue has denied the allegations. The company, owned by the Sackler family, has seen mounting litigation alleging the company misled doctors and patients about risks connected to prolonged use of its prescription opioids.

The pharma company said its opioids carry US Food and Drug Administration (FDA) approved labels, which duly warn about the risk of abuse and misuse associated with the pain treatments.

If successful, filing for Chapter 11 protection would pause all court case proceedings and give space for Purdue to settle with plaintiffs.

According to a Reuters report, more than 1,600 lawsuits blame Purdue and other pharma companies, of using deceitful means to push addictive drugs that led to fatal overdoses are consolidated in an Ohio federal court.

Purdue's legal battle, plaintiffs’ lawyers have said, is reminiscent of the widespread lawsuits against the tobacco industry that ended in a US$246 billion settlement in 1998.

A Purdue bankruptcy filing is not certain, however. The pharma company, headquartered in Connecticut, has not confirmed or denied the rumours, saying no final decisions have been made and it could well continue fighting the lawsuits.

"As a privately-held company, it has been Purdue Pharma’s longstanding policy not to comment on our financial or legal strategy," Purdue said in a statement.

"We are, however, committed to ensuring that our business remains strong and sustainable. We have ample liquidity and remain committed to meeting our obligations to the patients who benefit from our medicines, our suppliers and other business partners," the company concluded.

Last August, Reuters reported that Purdue hired Davis Polk & Wardwell, a global law firm headquartered in New York City, for restructuring advice. The news caught the attention of litigants as a herald of the company's move for bankruptcy protection before the trial.

The findings were followed up by a CNN report that revealed that in 2014 and 2015, opioid manufacturers paid doctors across the country sums in the rank of hundred thousand dollars for speaking, consulting and other services. "Physicians who prescribed particularly large amounts of the drugs were the most likely to get paid," CNN said.

The Centers for Disease Control and Prevention (CDC) in the US has revealed that more than 700,000 people in the country died from drug overdoses from 1999 to 2017; more than 400,000 of those were opioid-related.

The opioid crisis and death started with prescription pills marketed by Purdue and other drug companies, however, it has moved to include heroin and synthetic compounds like fentanyl.

Data from the CDC showed that opioids, including prescription painkillers, heroin and fentanyl, were linked to 47,600 overdose deaths in 2017, a sixfold increase from 1999.