Distillation has long been the method of choice for the production of water for injection (WFI) for the biopharmaceutical industry. Although the United States and Japanese Pharmacopoeias have allowed the use of other technologies for some years, it was not until April 2017 that their European counterpart amended its guidelines to permit the use of alternative techniques that generate water of an equivalent quality 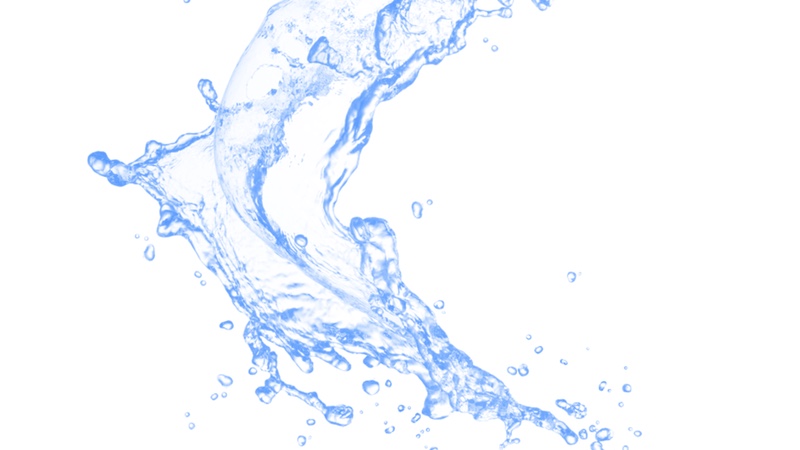 This article discusses the revised European Pharmacopoeia monograph for WFI (0169) and the options available to the industry. The production of pharmaceuticals for parenteral administration, such as vaccines or saline solutions, requires an exceptionally high grade of purified water known as water for injection. Until spring last year, European regulations specified that WFI could only be produced by distillation. In contrast, the United States (USP) and Japanese (JP) Pharmacopoeias permitted the use of alternative technologies that produce water of equivalent purity, such as reverse osmosis (RO) coupled with an appropriate secondary membrane system. The introduction of the new European Pharmacopoeia (Ph. Eur.) monograph for Water for Injections (0169) in April 2017 was a significant milestone, aligning European regulations with those governing the manufacture of injectable products in the US and Japan, two of the largest markets for pharmaceutical sales. 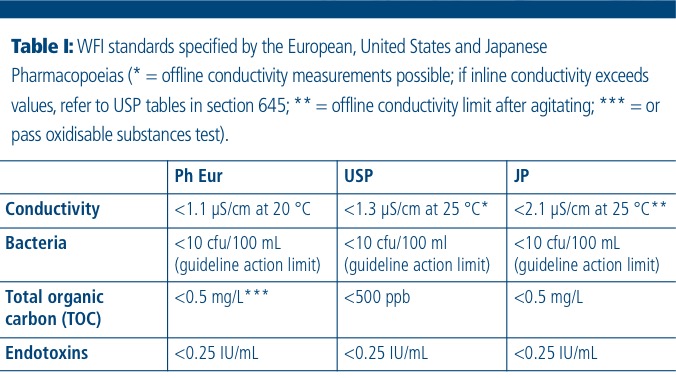 To achieve this, the revised Ph. Eur. monograph now allows the industry to choose between traditional distillation units or “… a purification process that is equivalent to distillation. Reverse osmosis, which may be single-pass or double-pass, coupled with other appropriate techniques such as electrodeionisation (CEDI), ultrafiltration (UF) or nanofiltration, is suitable.”1 In addition, the new regulations reinforce the ISPE Baseline Pharmaceutical Engineering Guide on Water and Steam Systems with regard to operation and maintenance procedures, including monitoring of conductivity, TOC and microbial contamination.2

Distillation is a hot purification process that involves a phase change from water to steam, which is then condensed. It is a very effective and proven means of water purification, as bacteria and endotoxins cannot exist in steam. Endotoxins can only be carried by water droplets, which are removed during the vapour stage of the distillation process, ensuring compliance with regulatory limits. Distillation also offers benefits for water storage and distribution, as the distribution loop can be continually operated at a high temperature to minimise the risk of microbial contamination.

Membrane-based systems use a cold purification process and supplement an existing RO-CEDI water purification stream with a secondary membrane system — UF — to produce WFI of an equivalent quality to distillation without the need for heat. Most facilities will already be producing purified water, and the addition of a secondary membrane process is a cost-efficient means of removing endotoxins and micro-organisms to generate WFI of comparable quality with that generated by distillation. However, as RO systems operate at ambient temperature, regular sanitisation or ozonation, coupled with ultraviolet treatment, is required to ensure control of potential microbial contamination. 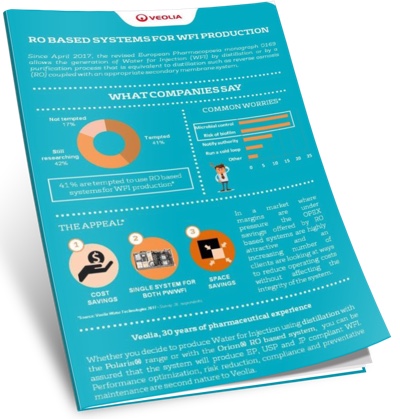 The pharmaceutical market has changed considerably during the last 15 years. Large multinational companies are increasingly subcontracting the manufacturing side of the business and, with many companies producing biosimilars, there is constant pressure to deliver high volume, low cost products.

With competition continually growing, contract manufacturers are taking a fresh look at their production processes, seeking to reduce operating costs without compromising the integrity of the system, and putting themselves in the best possible position to gain — and maintain — a financially viable business. Following the change in the European regulations, manufacturers now have a choice: continue with the proven distillation approach or take a look at membrane-based systems, which could offer financial savings. In the end, it is a balance between cost and risk.

Distillation is a tried and tested method of producing WFI, but it comes at a higher capital cost than a membrane-based system. As distillation consumes energy to produce steam, the OPEX costs are also greater. Manufacturers have a choice of multiple effect (MED) or vapour compression (VCD) distillation, both of which are included in the POLARIS range from Veolia Water Technologies (Veolia).

MED is seen as the more robust, less risky of the two options as the multiple effect still has no moving parts and requires little attention post-installation. VCD provides a “middle ground” option for companies wanting to make cost savings without changing technologies.

Membrane-based systems offer significant capital and OPEX savings compared with distillation. Most manufacturing facilities will already have a purified water system in place, and the cost of enhancing existing RO-CEDI technology with a secondary membrane system, UF, is a great deal less than that of commissioning a new still. The resulting WFI can also be used for processes such as tablet manufacturing that require purified water, eliminating the need for a second separate system.

However, once the cost of regular sanitisation, the multipoint, inline monitoring of TOC and conductivity, and rapid microbiological testing of the RO membranes are included, the overall savings are less than might be expected. There is also the operational risk of microbial contamination to consider; the cost of decontaminating the distribution system, including lost production, would be significant.

Historically, RO-based systems have been considered to be more risky than distillation techniques as they may be susceptible to the formation of notoriously hard-to-remove biofilms. This perception has largely been overcome by the development of heat-sanitisable membrane systems that can control the formation of biofilms, such as the ORION RO-based system (Veolia). In combination with real-time microbial monitoring and control, this offers a very attractive means of reducing OPEX costs without compromising water quality or the integrity of the system.

The choice is yours

The take home message of the revised monograph is that European pharmaceutical manufacturers now have a choice of technologies and are no longer restricted to distillation, bringing them into alignment with their US and Japanese counterparts. Whichever technology is selected, it must be well designed by an experienced company in line with current regulatory guidelines, correctly installed, monitored and maintained to a high standard and backed by documentation to demonstrate compliance.

Either technique will produce regulatory compliant WFI, and the eventual choice of technology should be made after careful consideration of the existing water purification system, the need to validate and fully document a new technology, cost versus risk, KPIs and in-house experience with one or both techniques. In the end, it may just come down to personal preference.