Shaun Chilton to take over as Chief Executive at Clinigen

Peter George will step down after six years on 11 November

Peter George, Chief Executive of the Clinigen Group, a UK-based pharmaceutical and services group, will step down from the role after six years on 11 November. He will continue as a Non-executive Director.

Shaun Chilton, who has been Deputy CEO since July 2015, and before that Chief Operating Officer for more than three years, will take over as CEO on that date. 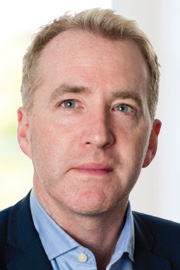 Separately, Robin Sibson, who been Non-executive Director since 2015 and before that Chief Financial Officer, has notified the Board that he intends to retire from the Board at the AGM in November.

He has built the business, which is headquartered in Burton-on-Trent, Staffordshire, from a small private company to its current position as a global pharmaceutical products and services business with a market capitalisation of some £800m.

George led the IPO four years ago, as well as two acquisitions in the last 18 months.

'I have worked closely with Shaun over the years and I would like to thank him for his invaluable contribution,' said George.

'I look forward to supporting him as he takes the business to the next stage in its development.'

Chilton said: 'I am delighted to have the opportunity to lead Clinigen. We have been building the Group’s infrastructure, capabilities, IP and geographical footprint over the last four years, creating a unique business model with a top quality management team.

'Our focus now is to drive sustainable growth by capitalising on our market leading positions in clinical trial services and unlicensed medicines and continuing to expand our portfolio of speciality pharmaceuticals.'