Including pharmaceuticals within an EU-US free trade agreement could cut administrative costs dramatically for pharmaceutical companies and allow new drugs to reach the market more rapidly, according to industry representatives. Speaking at a ‘stakeholders’ forum with official negotiators in Brussels on 16 July, executives said they would like the planned Transatlantic Trade & Investment Partnership (TTIP) to boost EU-US regulatory compatibility, increasing market access and intellectual property (IP) guarantees.

But as EU and US negotiators entered their sixth round of talks on TTIP, there were no calls from the industry for common regulatory standards for drug approval or a single drug development pathway. Instead pharmaceutical industry representatives urged officials to recognise the opportunities TTIP offered to cut administrative burdens and costly duplicative trial reporting.

Industry associations told negotiators that simplifying the monitoring and drug approval processes could deliver major savings for the industry and taxpayers and quicker access to innovative medicines for patients. 'TTIP is clearly pursuing the most ambitious trade liberalisation agenda ever. For us it’s about ensuring consumers have better access to new treatments,' said Maria Trallero, trade policy director at the European Federation of Pharmaceutical Industries & Associations (EFPIA).'Doing that means simplifying duplicative and complicated regulatory requirements.'

European leaders launched the negotiations to agree TTIP jointly with President Barack Obama last year, and officials negotiating the deal, estimated to be worth more than €300bn in bilateral trade, say that the pharmaceutical industry could be a major beneficiary. 'We aren’t looking for regulatory convergence or lower standards - we want to simplify procedures. Things like common forms for clinical trials results - these are small changes but they can make a big difference,' Trallero said.

Although clinical trials standards are more or less harmonised on both sides, according to European Commission officials, procedures are not – and aligning the clinical trials data reporting fields and formats could save time and money. Trallero said the portals for submitting trials data in the EU and the US have formats that differ significantly - up to 20% of the content varies. 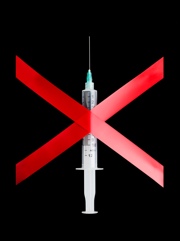 Industry representatives also urged negotiators to align other procedures, for instance by agreeing a common approach to post-approval variation submissions for manufacturing changes. Bridging the differences would be relatively straightforward for regulators, EFPIA claims, and would allow companies to introduce the data faster and easier. That would mean reduced administrative burdens and valuable savings, particularly for small and medium-sized pharma companies with less administrative resources.

Producers of biosimilar drugs supported the calls for simplified trial reporting, and 'unethical duplication of clinical trials'. Sergio Napolitano, from the European Generic medicines Association (EGA) said these changes could reduce significantly the development costs for biosimilars, which he said amounted to €250mper medicine, on average.

The ambitions to cut red tape go beyond trials reporting, however. Negotiators heard from industry speakers that while inspection certificates verifying good manufacturing practice (GMP) were vital to ensure high quality medicines, including an agreement to mutually recognise certificates from either side of the Atlantic in TTIP could reduce inspections costs and burdens by 40%: 'We would like to highlight mutual recognition of GMP inspections as a priority. This would allow regulators to reduce duplicative inspections and reallocate resources to where inspections are really needed,' Napolitano told the forum.

Industry speakers also hoped that TTIP might encourage European and US regulators to share knowledge. David Gaugh, senior vice president for sciences and regulatory affairs, from the US-based Generic Pharmaceutical Association, said that getting regulators to share data and expertise could lead to more convergent actions in time.

The TTIP negotiations cover the full range of industries and traded goods, but talks on pharmaceutical regulations have sparked less controversy than other areas, like food and agriculture for instance. Industry representatives have said they are focused on a pragmatic agenda, which doesn’t affect sensitive issues on standards.

'Some issues are more sensitive than others. So in choosing the issues to focus on, we need to make sure we’re aligning the scientific timeline with the regulatory timeline and political timeline,' said Douglas Gregory, from California-based biopharmaceutical company Amgen.

'For instance, health technology assessments [HTAs] - the processes by which governments assess the value of a drug and decide whether they will reimburse the costs of that drug: each European member state has different mechanisms in place for deciding this, which obviously problematic. But it’s too early to try and reach agreement on this, so we are not pushing for HTAs to be part of TTIP.'

The talks have also steered clear of any attempts to harmonise intellectual property or exclusivities systems, a decision welcomed by the EGA. Gregory said that there were different views within the industry on some ideas, such as a single development pathway for biosimilars, and this explained the emphasis on cutting down on unnecessary duplication and administrative delays: 'We want to focus on process, rather than outcomes. Can we speed up the process and get innovative market access mechanisms, while making sure that they are transparent and effective?' he asked.

Further rounds of TTIP talks are expected to be held throughout 2014.