Barbara Morgan, Pharmaceutical Business Director at Lubrizol Life Science Health, reflects on the issue of gender equality and the importance of an inclusive approach 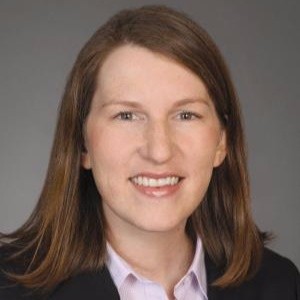 In recent years, there has been increasing academic and journalistic focus on women in leadership roles and what it will take to close the current gender gap. I love the momentum and the growing emphasis on gender-balanced leadership and diversity of thought; topics that should be inclusive of both males and females.

In the pharma industry, we have seen improved gender balance, particularly in science-based roles. Currently, women enter the drug industry at the same rate as men and represent 65% of the workforce, but a disparity remains at the executive level and in traditional commercial-based roles, with figures in the 20% range for women.

If we approach this disparity from a scientific point of view, the most compelling reason to focus on gender diversity is all in the data. The research has repeatedly shown a positive correlation between diversity and improved economic and innovation metrics and there is a wealth of statistical evidence to support this. One McKinsey report, for example, states that gender-diverse companies are 15% more likely to have financial returns above their respective industry medians.

Women represent 65% of the workforce, but a disparity remains at the executive level and in traditional commercial-based roles, with figures in the 20% range for women

With the business case for an inclusive workplace culture strengthening, the pharmaceutical industry is actively seeking ways to bridge the gender gap. And it’s not alone. This topic continues to be a macro issue that most companies are addressing by setting up goals and support systems to help them achieve new levels of diversity and inclusion.

I am proud to say that my employer, Lubrizol has consistently been addressing diversity and inclusion. Starting in the 1990s, Lubrizol formed a Women in Lubrizol Leadership resource group within the company and have repeatedly been on the Forbes list for America’s Best Employer and Best Employer for Diversity. We emphasize ‘gender-balanced’ leadership across departments and divisions and our culture encourages open conversation among colleagues so we naturally test ideas, assumptions and biases with each other. We recognise the value of diversity and inclusion and this is reflected in our pharma group, with around 50% of women in roles at every level as we continue to innovate, challenge the status quo and serve our clients better.

I am a passionate advocate of diversity and inclusion and I have talked to many others who express consistent support on these issues but also a lack of confidence on how to put intent into action. For those of you out there who feel similarly unsure of the best approach to this, know that you are not alone. These kinds of paradigm shifts don’t happen overnight; they require intentional and consistent effort, inclusive dialogue, patience and an openness to new things.

As a scientist, start with data, experiment with different initiatives and use your curiosity to engage in conversations with men and women. The roadmaps to success can be built in different ways but some basics that I have seen work consistently are:

The fact that we are having continued open conversations, setting diversity goals and supporting these with concrete actions gives me hope that we are the generation to drive real change so that gender balance will become the norm, not the exception.

N.B. Women's Equality Day is celebrated in the US on 26th August to commemorate the 1920 adoption of the Nineteenth Amendment to the United States Constitution, which granted women the right to vote.