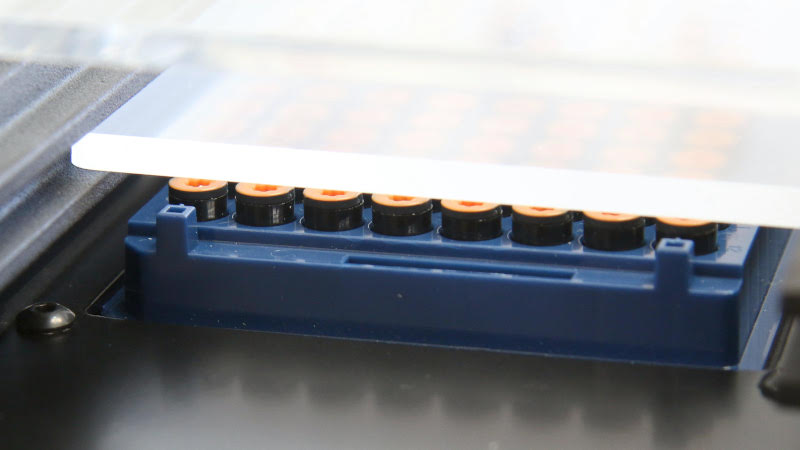 Ziath has introduced an adaptor kit for its Mohawk tube selector, allowing it to pick and reformat tubes from Azenta Life Sciences Acoustix racks used by the latest generation of Labcyte Echo acoustic liquid dispensers.

Acoustix is a small sample tube with a screw cap which has been widely adopted for storage of novel compounds in solution held in compound storage facilities. However, many automated tube selectors struggle to effectively handle the tubes owing to their small size and position, suspended upside down in the dispenser.

The Acoustix adaptor for Mohawk reduces the effective height of the tube selector lid by introducing a clear acrylic plate at a lower height and preventing the tubes from exiting the inverted rack. In addition, as Acoustix tubes lock into their racks, Ziath developed a release plate that can unlock all ninety-six tubes in a rack, ready for picking.

Designed to enable picking of frozen or thawed sample tubes from 96-position racks, the Mohawk semi-automated has been designed to work out of the box, Ziath says. The instrument is controlled via a software interface, and tubes can be picked from a single rack, or a picklist can be set up to select tubes across multiple racks. Pick list operations are normally started from reading the 1D code on a rack placed onto the Mohawk, but manual selection is also possible.