Plans launches in the oncology sector during 2013 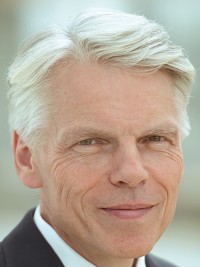 German pharmaceutical company Boehringer Ingelheim reported a double-digit growth in sales for the 2012 financial year to around €14.7bn (+11.5%) and expects growth to continue, but operating income fell by 18%.

Revenue from Human Pharmaceuticals rose by 12% to €13.1bn. The company’s fastest-growing medicine was anticoagulant Pradaxa, with growth of 76.2% to more than €1bn, while Spiriva, for the treatment of chronic obstructive pulmonary disease (COPD), was the most successful medicine with sales of €3.6bn (+13%).

Sales in over-the-counter medicines, which account for 10% of net sales, also grew (+7.8%) to around €1.5bn. The biggest seller was Buscopan, for irritable bowel syndrome, which exceeded €200m for the first time.

The company achieved sales of €549m in biopharmaceuticals, up 5.8% compared with 2011, and accounting for around 4% of total group turnover. Regionally, sales grew by 8.7% in Germany, by 15.3% in Japan and by 15.1% in the US. However, the company said in Europe the market situation ‘remains difficult especially in France and Southern Europe’, and ‘is not expected to change in the years ahead’.

2012 was a year with which we are very pleased. We have successfully faced up to numerous challenges

‘2012 was a year with which we are very pleased. We have successfully faced up to numerous challenges,’ said Professor Andreas Barner, Boehringer Ingelheim’s Chairman.

He added that the company's focus would remain on innovations from its own research and development ‘regardless of overall increasingly difficult conditions, as we secure the company's future’.

This year Boehringer Ingelheim plans to launch a new treatment for lung cancer and oncology will be its ‘second new medical pillar’ alongside diabetes. Further launches are planned in the cancer sector, as well as in COPD and asthma, diabetes and hepatitis C.

Barner said the company is not focusing solely on products with strong sales potential, but will also develop treatments for diseases that are rare and difficult to treat, including a drug for idiopathic pulmonary fibrosis.

Boehringer Ingelheim recently signed an agreement with Argenta in which this UK-based division of Galapagos will apply its respiratory drug discovery services to an unspecified target within BI’s respiratory disease portfolio.