EECO2 (Energy Efficiency Consultancy Ltd) has been nominated for the ‘Energy and Carbon Management – Long Term Award’ in the 2013 2degrees Sustainability Champions Awards.

The company provides global HVAC energy efficiency support, with expertise in pharmaceutical regulated environments. To date it has delivered more than £10m in global energy savings to the pharmaceutical and life sciences sectors, working with global giants such as GSK, AstraZeneca, Pfizer, Lilly and Novartis. 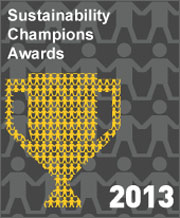 The project for which EECO2 has been nominated saw the company assist a global pharmaceutical manufacturer in reducing its carbon footprint by 660 tonnes by optimising the company’s dehumidification system. The project was carried out at the client's site in Imaichi, Japan during Q3 2012.

Initially, potential energy savings associated with humidity control were identified during a site energy audit. Imaichi was selected as the key installation base for the client's Japan ‘off the grid’ sustainability initiative, with the target of its operations in Japan being carbon neutral by 2015.

A prerequisite of the integrated plan was to minimise energy usage base load. The following objectives were set:

1. To reduce HVAC energy consumption while having no adverse effect on product quality or safety; 2. To modify the production area air handling units (AHUs) plus the associated fresh air treatment AHUs during the site summer shutdown in the time allowed; 3. To ensure that identified savings were viable and deliverable; and 4. To pass on the experience of EECO2's sustainability team to the site team to self-deliver further energy reductions in the future.

Most of the HVAC systems in the OSD (Oral Solid Dosage) area were designed to deliver air with very low relative humidity (RH) (less than 35% RH). Current products manufactured require air to be delivered at <60%RH. This means that the systems are using much more energy than required to meet these conditions.

The HVAC system needed modifying to meet current manufacturing requirements. The system needed rebalancing in-line with current guidelines – all without affecting product quality or manufacturing output, i.e. completing and commissioning the systems and revalidating the areas in the timescale available.

A product quality risk assessment was developed with the site’s quality, production and engineering teams. Potential risks were therefore mitigated and incorporated into the design and commissioning procedures.

If there were ever a requirement for desiccant dehumidification during extreme ambient conditions, the dehumidifier is available for use under the control of the building management system (BMS). This was modified in-line with the requirements of the revised BMS FDS prepared for the project. If a future product requires different humidity conditions, then the parameters in the control system can be changed accordingly.

The pilot project successfully delivered the expected savings during the 2012 summer shutdown. Working closely with the offsite team has enabled the site team to identify and understand the challenges, scope of work and risk based approach to replicate this on other similar systems.

Following the successful completion of the pilot project the next three phases are being prioritised and developed for implementation over the next two years to support the master sustainability plan.

'Thanks to support from the sustainability team and ECCO2, we successfully implemented the project and we have achieved the expected target,' said the client's engineering manager in Japan. 'This is a really good showcase of saving energy; we will extend the same approach to the other OSD HVAC systems.'

EDCO2 founding Director Rob Wallace said: 'We are delighted to have been nominated for the Energy and Carbon Management category in the Sustainability Champions Awards and winning this award would be a fitting recognition of our contribution to global energy and carbon reduction.'