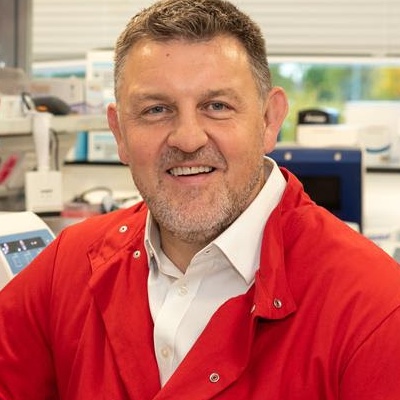 Forster brings more than 25 years of extensive leadership experience in clinical-stage biopharmaceutical companies. Most recently, he served as CEO of Immunocore where he successfully steered the company’s strategy in immuno-oncology (IO), raising $320 million and establishing clinical collaborations with global pharmaceutical companies including AstraZeneca, GSK and Roche.

Prior to Immunocore, Forster held senior leadership positions at Pfizer (including Head of EU Development & Operations) and GSK. During his pharma tenure, he played a critical role in the clinical development of Celebrex (celecoxib) and Relpax (eletriptan).

“In recent years, IO has transformed the oncology treatment paradigm, offering significantly better options to patients. The co-administration of immunotherapies is expected to be the next cornerstone in cancer treatments. I believe that F-star’s first-in-class molecules bring together in a single form, the full power of IO and combinations. We anticipate this synergistic benefit will deliver more targeted, potent and safer treatment options for cancer patients,” said Dr Eliot Forster, CEO of F-star.

“I am honoured and excited to be joining the F-star team, to lead the company through its next phase of development and bring life-changing medicines to patients sooner.”

F-star’s Modular Antibody Technology is leading a paradigm shift in IO, with the potential to leapfrog current combination approaches. The platform, based on superior and clinically-relevant novel biology, introduces an additional antigen-binding site in the Fc region of an antibody that allows for a ‘plug-and-play’ insertion into any monoclonal antibody.

F-star’s pipeline targets patients who have either limited or partial response to existing IO treatment regimens and aims to stimulate the immune response through a tumour-directed activation while reducing systemic toxicity.

FS118, F-star’s lead Phase I candidate, is partnered with Merck and the company is rapidly moving the next wave of its proprietary bispecific IO products towards clinical development.

“We are delighted to welcome Eliot as F-star’s new CEO. His proven track record in leading and developing biotech IO companies will be essential in driving F-star forward to deliver the next wave of immunotherapies for cancer patients,” said Dr Nessan Bermingham, executive chair of F-star.

“The board is grateful to John for the pivotal role he has played in leading the company in developing and executing a transformative strategy, positioning F-star for long-term success.”

During his leadership as CEO, Haurum led the transformation of F-star from a drug discovery platform into a successful, clinical-stage IO company. Under his leadership, F-star launched new innovative cancer drug development capabilities and established a substantial pipeline of candidates with the potential to benefit patients, especially those who are not well served by existing cancer therapies.

“It has been rewarding to lead F-star through a period of significant growth, to become a recognised leader in the bispecific space. Our approach has been validated through a series of strategic collaborations with leading pharmaceutical and biotechnology partnerships in IO with AbbVie and Merck, and in central nervous system disorders with Denali Therapeutics. We have established a pipeline with two candidates entering the clinic and generated circa $250M in funding and investment,” said Dr John Haurum, former CEO of F-star.

“I am pleased to hand the reins to Eliot, who is highly experienced and well positioned to lead F-star and its extraordinary staff, pipeline and partnerships, as it continues to discover and develop transformative IO therapeutics for patients in need.”