If steadily emerging trends in the parenteral pharmaceutical landscape have taught us anything, it’s this: one injectable device most certainly does not fit all! Raffaele Pace, Vice President of Operations for Stevanato Group, reports

Without innovation, patients would find themselves … well … stuck. Today’s drug delivery devices must be more mobile, less intrusive and simpler than ever before — all while remaining cost competitive.

Several factors are driving this. For starters, more and more treatments are moving from the hospital to the home, which saves costs for healthcare providers while increasing patient comfort.

Already a trend leading into 2020, this push toward at-home healthcare has only been exacerbated by the COVID-19 pandemic, when hospitals themselves can be dangerous environments for patient treatment.

Meanwhile, during the past several years, the pharma industry has seen a steadily building trend: one in which the demand for injectables has been consistently growing. Much of this is attributed to the increase in chronic diseases that often require consistent self-administration to ensure proper treatment.

The most prominent of these is diabetes, which has long been a problem in the developed world and is now becoming more widespread in developing, large-population nations such as India and China. Other situations in which the self-administration of injectables comes into play are the growing cohorts of targeted, small batch and even personalised medicines, including oncological formulations and certain biologics.

With injectables moving more and more from hospital to home, the need for user-friendly injectable devices becomes clear. 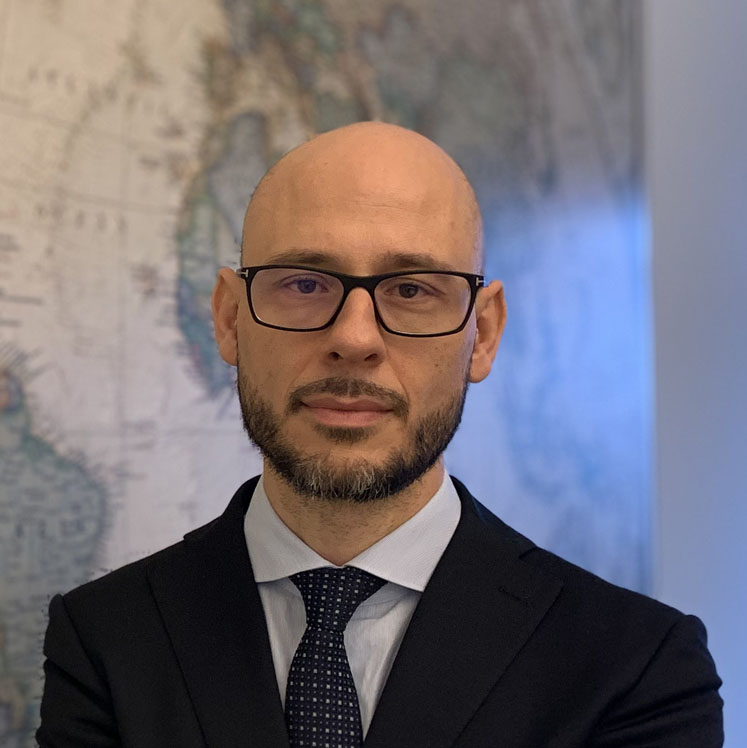 As such, it’s not surprising that pen devices and autoinjectors have become exceedingly popular; they deliver drugs efficiently while mitigating the typical risks associated with self-administration via syringes. These risks include incorrect dosing, device misuse, heightened discomfort and, from an adherence standpoint, greater potential for regimen discontinuation.

Starting with the unalterable result — injectables will increasingly be both customised and self-administered, whether we want them to be or not — this should, for efficiency’s sake, affect the process all the way back to inception: the design, engineering and production of the assembly line equipment tasked with manufacturing devices such as autoinjectors or pen injectors.

From an infrastructure investment standpoint, the equation is simple: more customised medicines delivered via a broader array of injection devices means a premium is placed on equipment flexibility and modularity.

Although many injector types have similar components, their designs vary significantly in terms of size, material and shape. This is a major production challenge, especially for contract manufacturing organisations who cater to pharmaceutical customers around the world. The variety of shapes, sizes, components, configurations and other variables is too exponential to calculate.

Like the pen injectors and autoinjectors themselves, the equipment-centric solution to this conundrum is multifaceted. To keep up with the needs of modern combination products, assembly machinery needs to tick a number of boxes.

The first is fast format changeover, which allows manufacturers to expediently handle different formats (pens with variations) and save on costly downtime.

The other two are flexibility and scalability. Injection devices assembly is Exhibit A as to why a viable, future-ready pharma production process must embrace and exhibit the ability to adapt to changes in product volumes, demand and subcategorical issues such as target audience differentiation.

Further, it reduces the need for CAPEX investments and expedites times to market. To accommodate planned or sudden scale-up processes, the equipment should be scalable, “future-proof” and designed in a manner that allows additional modules to meet increased volumes.

Another factor is automation, which, at first glance, may seem to contradict the need for smaller batches and customisable delivery devices. 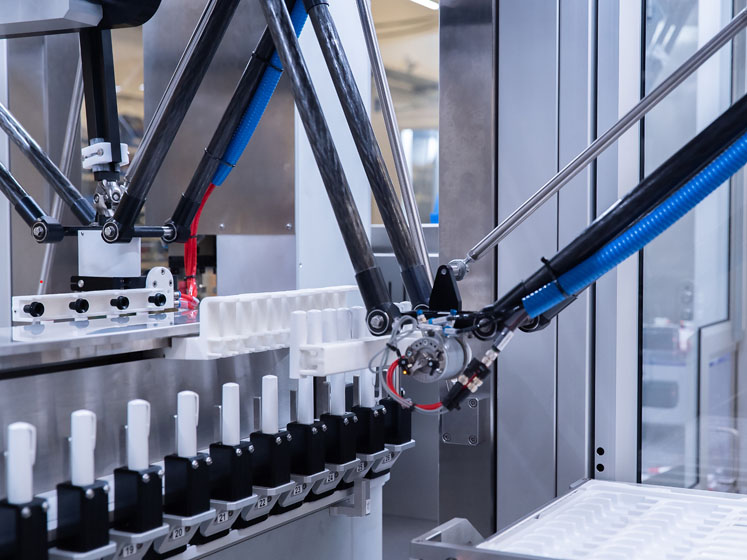 Furthermore, even though batches will remain on the smaller side, automating certain processes — such as tool-free changeovers — can reduce human intervention and further decrease production downtime.

In both cases, the mission-critical ability to proficiently pivot is where automation and robotics come into play. At this stage, the common denominators in which automation becomes valuable are reliability, precision, repeatability and process optimisation.

The goal is to incorporate these elements at the very inception of the development process, providing the flexibility to test multiple solutions at a low level of production and, as the process evolves, have an “automation foundation” in place to expeditiously increase output. The more and the earlier a manufacturer can automate, the more efficient the ramp-up process is likely to progress.

In a landscape in which each unique project increasingly requires an equally unique solution — complete with its own development and an investment schedule — a push towards platform-level solutions is under way (especially in the absence of “off-the-shelf” options).

This initiative has allowed efficiency minded companies to preconfigure many elements of an automation line as part of a “preplanning” process to progress projects from early R&D through clinical trials and wider production.

Building production success from the foundation up

When one size doesn’t fit all, the best solutions are rearrangeable one that align with modern, mandated assembly line versatility. Simply put: if one production line doesn’t fit all … then you must have the building blocks to configure a broad array of them, depending on project-specific needs.

Combined with transport platforms and process modules that help to streamline production planning and workflow from initial prototyping to full-scale production, this modular approach will help more pharma manufacturers to meet an already dizzying array of specialised injectables needs now and into the future.

From an equipment aspect, modularity is the primary prerequisite for flexibility and scalability.

Increasingly, pharma manufacturers will favour machinery vendors capable of building equipment solutions that are simultaneously tailor-made and agnostic; in other words, lines whose current set-up is perfect for the project at hand but reconfigurable to address inevitably shifting needs.

This points squarely toward lines that can be efficiently adjusted to address tomorrow’s often ill-defined needs and easily reconfigured for similar projects — all while offering required levels of customisation.

To enhance speed-to-market, modular line assemblies can comprise a range of customisable platforms and modules aligned with commonalities across a wide array of projects. The goal is to produce equipment solutions that can repeat what typically requires repeating, while still remaining flexible for more customised capabilities.

View from the factory floor

Here’s what this looks like on an everyday basis. At a project’s inception, a manufacturer would typically commence the prototyping phase with a benchtop, then increase production at an early stage by multiplying benchtops and operators — generally one person per benchtop.

As an alternative approach, it is advisable to develop a semiautomatic pilot line, which reduces the risk of human intervention and, as it makes the overall process more automated, offers inherent scale-up advantages. In this scenario, an initial investment mitigates risks for future steps as the same technologies are being utilised for both the pilot lines and, eventually, the large-scale, fully automatic line.

Among other benefits, this approach minimises risks through early debugging and the ability to add scale without the need to reinvent or completely reconfigure the assembly processes.

As the production stages progress, each platform has an increasing range of available modules that can perform assembly, inspection, labelling and packaging processes.

The benefits derived from optimised, modular automation are many. The validation timeframe can be reduced — hastening speed to market — and validated processes become significantly simpler, mitigating any associated risks.

Modularity is also, by its very nature, synergy centric; it encourages engineering and production teams to work in harmony by planning, in parallel, for near-term and longer-range scaling needs.

This building block approach brings another benefit: an inherent ability to grow a line in direct alignment with the production phase. Once each process is validated, manufacturers can proceed from the current automation level to the next one, effecting rapid scale-up. In addition, by utilising assembly operations with the same module from benchtop platform through to large-scale industrial line, these validation processes are minimised both individually and collectively.

Revisiting the speed-to-market aspect, this multistage mindset helps to expedite the overall process by performing stability or clinical studies in tandem with planning for future scale-up.

These can be accomplished with robotic systems designed for higher volumes, reliability and flexibility. Here, involving equipment partners with modularity experience from the early stages offers a distinct advantage, as they’ve seen for themselves how initial development work is crucial to establish early proof of principle and validating the assembly process.