The data and analytics company has tracked the market cap performance of the top 25 pharma companies for the quarter ending 31 March, 2018 compared to 2017 revealing a number of interesting insights 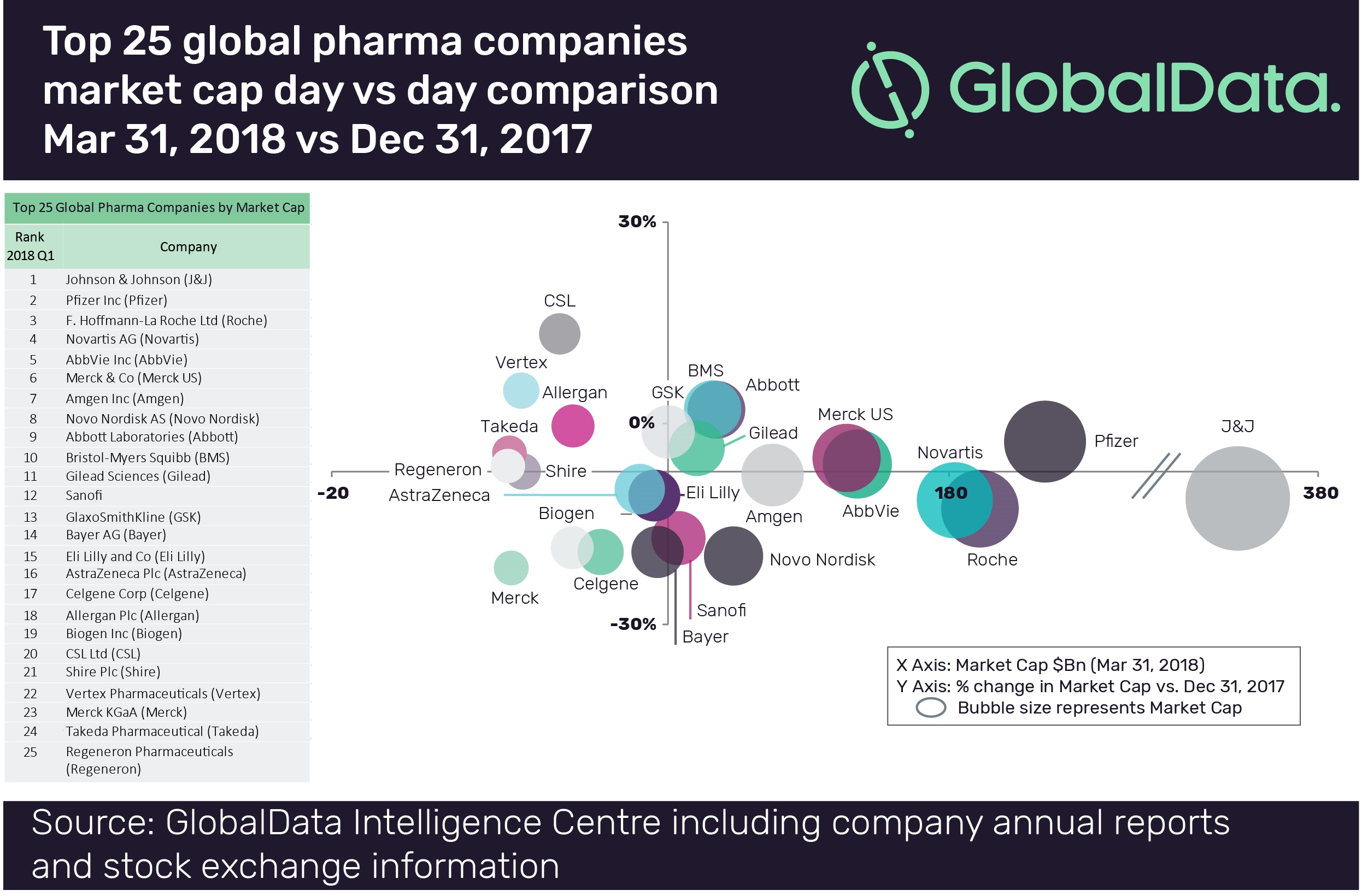 GlobalData, a data and analytics company, has tracked the market cap performance of the top 25 pharma companies for the quarter ending 31 March, 2018 compared to 2017 revealing a number of interesting insights.

Based on market cap, the top 25 players list in 2017 remained unchanged in Q1 2018, however there were some positional movements.

J&J maintained its top position in the quarter with Abbott and BMS entering the top 10, ousting Sanofi and Bayer.

Key factors affecting some of these companies market cap performance included the inability to strike major new deals, the poor performance of struggling divisions, revenue dependence on a small number of drugs in their portfolio, collapsed sales of top drugs and the loss of patent exclusivity.

CSL’s market cap grew by around 10% based on strong results in 2017. Vertex sustained its impressive growth by gaining twenty second position at the end of Q1 2018 driven by positive results from its clinical studies of a breakthrough drug for the treatment of cystic fibrosis. 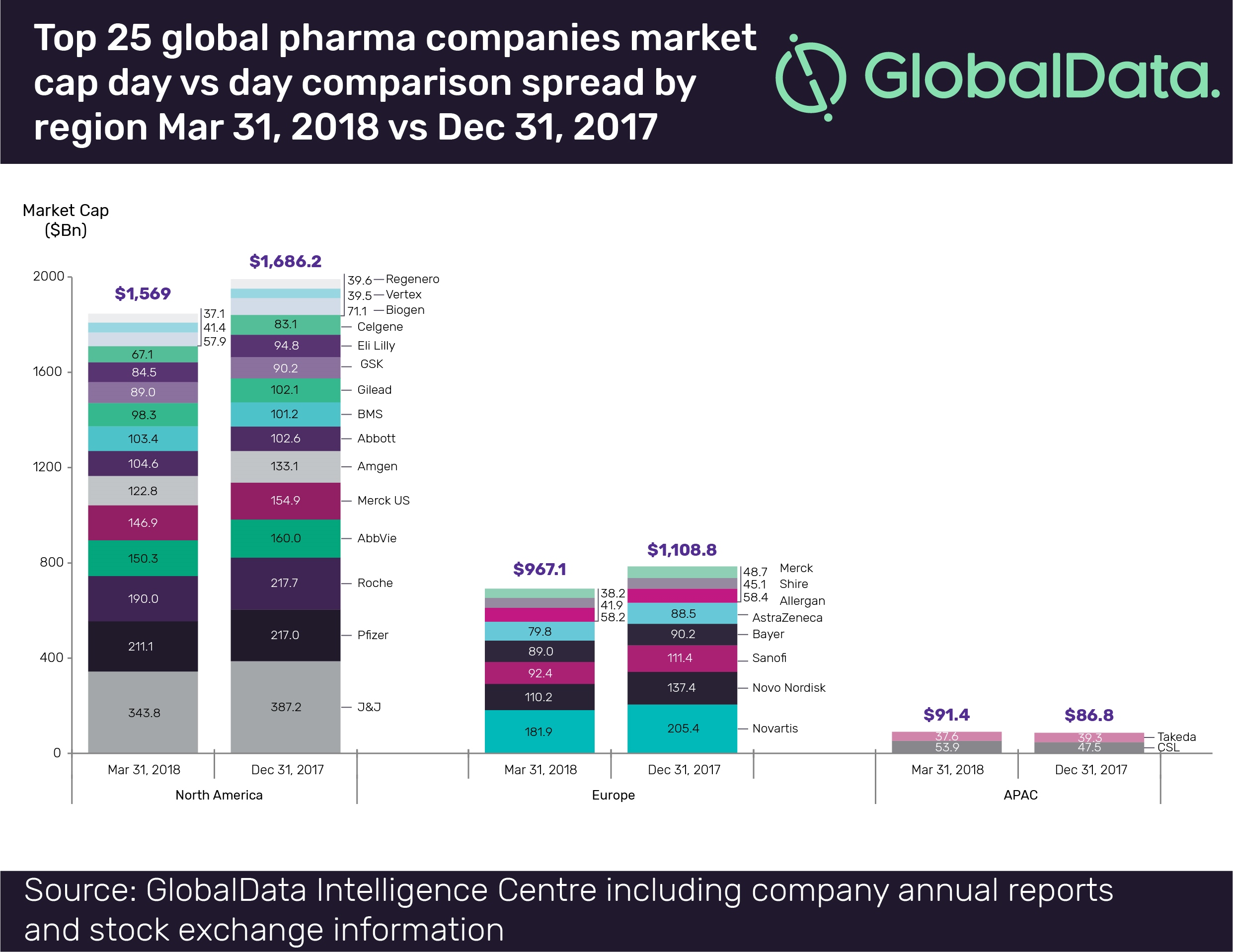 Looking at the same data from a geographical viewpoint, North American and European companies’ aggregated market cap fell 6.9% and 12.8% respectively in Q1 2018. All top players in Europe registered a negative growth due to the risks posed by Brexit and panic of the potential reinvigoration of protectionism.

In North America, 10 players have indicated negative growth in their M Cap for a number of reasons, including the genericisation of key drugs following the loss of their patent exclusivity and failure in clinical trials to achieve their desired end points.

To compare the results with the last analysis performed by Globadata for 2017 click here.